Quebec's charter of values does not necessarily exclude the private sector from imposing the same restrictions on their employees as the ones demanded from public servants, says Parti Québécois Leader Pauline Marois.

The controversial secular charter prohibits public servants from wearing certain religious symbols in the workplace. The PQ leader, who was campaigning in Laval on Monday, said it wasn't her intention to impose the same restrictions on the private sector. But there was nothing in the bill that would stop private sector employers from imitating the government.

"The charter proposes to define the rules regarding state neutrality. The (religious) accommodations we will propose will be based on the principle of equality between men and women," Ms. Marois said. "Employers can determine the benchmarks by which reasonable accommodations are made. But they won't have the same obligations as those of the government."

Religious symbols, such as the hijab worn by some Muslin women, would be prohibited in the public sector under the controversial bill tabled last fall. The hijab is considered by feminist groups and proponents of secularism as a symbol of female submission and has become the focus of the heated debate on the secular charter.

The PQ minority government has yet to address the concerns expressed by some Muslin women who contend that in the name of gender equality and secularism some private sector employers could invoke the charter to discriminate against them in the workplace.

For those who are vulnerable, often holding down low-paying jobs, the charter may become an obstacle to social mobility for some Muslim women, feminist groups have argued.

"I'm not worried about the attitude employers will adopt on the matter," Ms. Marois said, while releasing her commitment on health care services.

During public hearings on the legislation that were abruptly stopped when Ms. Marois called an election for April 7, several groups recommended that the government allow for flexibility in enforcing the ban on religious symbols throughout the public sector. Some hospital or school employees, such as caretakers, janitors and manual labourers, should be exempted, the groups said.

If re-elected, Ms. Marois said her government would conclude the public hearings, examine the various proposals and amend the bill if necessary.

"But for the time being we have no intentions of changing the basic elements of the charter as proposed in the bill," Ms. Marois said.

On what could be the final full day of campaigning before Thursday's first televised leaders debate, Liberal Leader Philippe Couillard said he plans to make the threat of a referendum on Quebec independence the top issue for discussion, despite a Léger Marketing poll published by The Globe and Mail on Saturday showing little appetite for the topic.

"I'm just taking the issue from behind the curtain, where she always tries to put it, to in front of the curtain," he said.

"Let's not be naïve about it. The only thing she's interested in is having a referendum on the separation of Quebec."

Mr. Couillard stuck closely to his campaign script after a few days caught shifting position on a potential constitutional deal with Canada.

Mr. Couillard tamped down expectations, saying there's no evidence Canada is ready to negotiate or recognize Quebec's "traditional demands," including that the province be recognized as a distinct society.

"It's not a major issue, not an issue that is a top priority for Quebeckers," Mr. Couillard said. "These conversations will happen if others initiate them."

Mr. Couillard was at a suburban seniors' centre to promise a tax credit to help retirees pay for exercise. He also promised a program to make no-interest loans to seniors to help them pay their property taxes. The loans would be made against home equity and would be repaid when their homes are sold.

Ms. Marois reiterated her government's commitment of making sure each family has access to a family doctor. Réjean Hébert, the PQ's health minister before the election was called, went as far as to promise that the objective will definitely be reached by 2016 or even sooner. Ms. Marois said her government wasn't making unreasonable promises that it will be unable to keep if elected.

"We aren't promising people that they will have access to family doctor in three months and that tomorrow morning there will be no more waiting in emergency wards," Ms. Marois said. "We are being reasonable and responsible… it will take time. We aren't making promises we won't be able to deliver."

Health care is one of the major issues raised by voters in public opinions polls during the campaign.

Voters have become cynical over the years as governments promised to address their concerns over the shortage of family doctors, unreasonable waiting times for surgeries and overcrowded hospital emergency wards. Promises were made but never kept and the PQ leader wanted to avoid irritating voters with promises that could further fuel their skepticism.

In the budget tabled last month, the PQ government promised to increase the health care budget by 3 per cent – far short of what health care specialists argued would be needed to maintain current services. The rival political parties predicted that if re-elected the PQ will have no choice but to cut services if it plans to stay within its own spending targets. 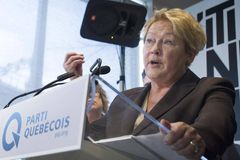 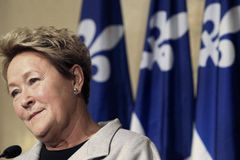 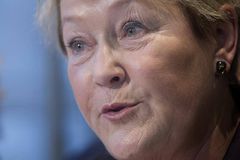 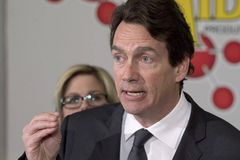 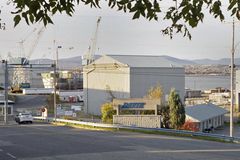