Federal Conservatives are proposing new legislation aimed at curbing the hefty clawbacks faced by low-income Canadians with disabilities who return to work.

Conservative finance critic Pierre Poilievre introduced the Opportunities for Workers with Disabilities Act Monday, a private members' bill that has the support of several advocacy groups representing social workers and people with disabilities.

The Conservative bill was introduced at the same time as another private members' bill from Conservative Leader Andrew Scheer, which proposes a new tax credit on income earned through Employment Insurance maternity or parental benefits.

Research by the Library of Parliament has shown that in some provinces, low-income Canadians on social assistance actually give up more income than they earn by returning to work. This is primarily because many provincial social-assistance programs are geared to income, meaning they are clawed back as work income rises.

Mr. Poilievre's bill proposes that Finance Canada should calculate how much people with disabilities would lose in taxes and benefit clawbacks for each additional $1,000 of working income up to $30,000.

If Ottawa finds situations where clawbacks exceed the amount of new employment income, the bill calls on the finance minister to "identify and consider" changes that could be made to federal taxation and benefits in order to reduce that amount.

It also calls for a new clause in the Canada Social Transfer to ensure that the amount lost in benefits by disabled Canadians does not exceed the amount gained in employment income up to $30,000.

The Conservative caucus approved the disabilities bill in January and it is expected to receive its first hour of debate in March. The legislation has been approved for a vote, meaning it has a higher priority than many other private members' bills.

Private members' bills that call on the government to spend money require the formal support of the government through a royal recommendation, but Mr. Poilievre said he believes his bill does not require that step. The government could challenge the bill on procedural grounds, asking the Speaker to resolve that question.

In an interview, Mr. Poilievre said Ottawa and the provinces should be ensuring the wide range of government programs available to people with disabilities do not combine in a way that discourages them from earning income.

"I believe there are a lot of people who the system is holding back," he said. "People with disabilities have incredible talents and skills that can bolster our economy and allow them to earn the lives that they dream of and we should encourage rather than punish that."

A spokesperson for Finance Minister Bill Morneau said there are no easy solutions to the issue but that the government is committed to making improvements, including through new accessibility legislation in the spring.

"This is without doubt an important conversation," Chloé Luciano-Girouard said in a statement. "As such, the compelling stories we heard today are a reminder that we can always do better when it comes to championing disabled workers and ensuring they get the benefits they deserve." 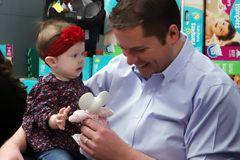 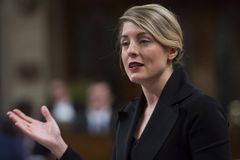