A new alliance of business groups made up of doctors, farmers, retailers, lawyers, home builders and others says a proposed package of federal tax reforms would unfairly increase the burden on small-business owners and has provoked "an unprecedented degree of outrage."

The new Coalition for Small Business Tax Fairness will release a public letter to Finance Minister Bill Morneau on Thursday asking him to abandon the wide-ranging reforms announced in July.

"Our members, including many professionals, feel unfairly targeted, intentionally or not, by the changes and painted as 'tax cheats' by the federal government simply for accessing tax planning tools that they have been encouraged to use for decades," the letter says. "Many of these policies were put in place by previous Liberal and Conservative governments in order to support the growth of independent business."

Finance Canada is holding consultations on the proposals – which include draft legislation – until Oct. 2.

"These measures, and the communications around these measures, have sparked an unprecedented degree of outrage," Dan Kelly, president of the Canadian Federation of Independent Business, which is part of the 35-group coalition, said in an interview. "A good chunk of the anger in this is that this has – for political reasons – been communicated as loopholes to push back against people who are abusing the system."

The coalition's letter expresses disappointment that the proposals were launched "in the dead of summer with a very restrictive time frame." It also states that many leading tax experts are calling the proposals the most significant changes to small-business tax provisions they have seen over the course of their career.

The changes would restrict the use of income sprinkling, a practice in which business owners with a high-income tax rate can reduce the total amount of tax their families pay by "sprinkling" income to family members in lower tax brackets; restrict the use of private corporations as a vehicle for making passive investments unrelated to the business; and limit a business owner's ability to convert income into capital gains – rather than as a salary – as a way of paying less tax.

On July 18, Mr. Morneau said the proposals were aimed at addressing the fact that some Canadians appear to be creating small businesses primarily for tax purposes, noting that the number of Canadian-controlled private corporations has doubled since 2001.

"This is a worrying trend," he said. "While there are some good reasons for this increase, in other cases some people may be paying less than their fair share for the essential services that Canadians rely on. This isn't about a business not paying its share. It's about people using a corporate structure to shield their income and to gain a tax advantage."

The Liberal government is portraying the measures as a continuation of a campaign pledge to impose higher taxes on top income earners so it can tackle inequality through new social programs for low-income Canadians and tax breaks for the middle class.

Peter Weissman, a partner with the accounting firm Cadesky Tax in Toronto, said that while he supports many of the government's stated goals of the reform, the package of changes would have unintended consequences.

For instance, he said the changes appear to make it more expensive from a tax point of view to sell a business to a family member than it would be to sell the business to someone outside of the family. Mr. Weissman said this creates obvious issues for family farms or any other business that an owner wishes to pass down to the next generation.

"I can't imagine that that was intended," he said. "What they've actually proposed here are the biggest tax changes I've ever seen."

The Canadian Medical Association, a member of the coalition, slammed the proposals at its annual conference last week. On Wednesday, Mr. Morneau met privately about the changes with the CMA in Ottawa.

Gigi Osler, president-elect of the CMA, said the minister did not give any specific assurances during the meeting, but she was happy that he was open to further discussions about the concerns of doctors and other small businesses.

"We're very excited and pleased to be able to hopefully start some dialogue with the government," she said in an interview Wednesday evening after the meeting.

Dr. Osler and other members of the CMA delegation said they told Mr. Morneau the existing tax structures are an important source of stability, providing capital to manage unanticipated costs, parental leave and expand the business. Dr. Osler also said she told the minister the proposals are causing a lot of anxiety and uncertainty in the medical profession.

Daniel Lauzon, a spokesman for the minister, said Mr. Morneau was pleased to have the meeting.

"It was an opportunity for us to clarify our proposals and to have a fact and evidence based discussion on how to move forward on our plan to change the fact that some – usually very high-income Canadians – currently get taxes advantages not available to everyone else," he said in an e-mail. 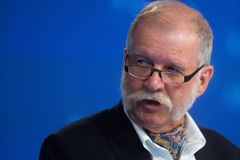 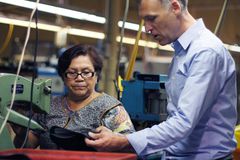 Opinion
How the federal tax-reform proposals miss their target
August 30, 2017 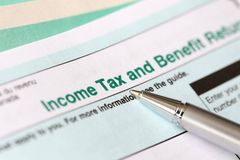