Canada's prostitution laws could fall on Friday, as the Supreme Court of Canada weighs whether the laws put vulnerable women at increased risk of violence, even murder, against Parliament's role to make choices in how to best protect individuals and communities.

Three laws are at stake in the landmark case: bans on street solicitation, pimps and brothels. Prostitution itself is not illegal, but Canadian laws have aimed to deter the selling of sex since pre-Confederation days, drawing on centuries-old British laws meant to control vagrancy, venereal disease and immoral behaviour.

Those Canadian laws have run up against the 1982 Charter of Rights and Freedoms, which protects the individual right to security from unwarranted intrusions of the justice system. It is the same section used by judges to strike down the criminal law of abortion 25 years ago.

The federal government has argued that the prostitution laws have modern purposes, including the protection of sex workers from harm. But the court may insist the initial purposes are what counts.

"This is a key issue where we'll sense whether Parliament is allowed to ban things on a morality justification, or whether the court will say, 'if a policy is actually making things worse for people, that violates their rights,' " McGill University law professor Robert Leckey said.

Even if the court accepts that Ottawa is trying to protect women and communities, it may find the laws add unacceptable harm.

Several judges on the Supreme Court balked when federal lawyer Michael Morris argued in June that it is the women's fault, not the law's, for taking on the risks of an inherently dangerous trade. The federal government's own experts say most women in the sex trade started at 14 and were victims of child sexual and physical abuse. And the memory of sex workers murdered by Robert Pickton in British Columbia is still fresh, after a public inquiry into those killings released its report late last year.

"These are the type of victims the Picktons prey on," Justice Michael Moldaver told Mr. Morris.

There is already a precedent that Parliament may not impose serious harm on people who are at severe risk. Two years ago, the Supreme Court blocked the federal government from closing a Vancouver supervised-injection clinic known as Insite, saying that to do so would endanger the lives of drug users. The ruling was unanimous.

But the court could rule the question of how to protect sex workers from harm is not nearly as straightforward as in the Insite case, and therefore belongs more to Parliament. One group of women argued at the Supreme Court that legalization of prostitution would be highly dangerous for sex workers.

"We forget that what the police in Vancouver did was to create a de facto zone of tolerance, and to say to women, 'if you stay in these areas we won't arrest you or the johns, either,' " said Janine Benedet, a law professor at the University of British Columbia who represented a coalition of women before the Supreme Court.

"The idea that if we just wipe all these laws away and it's kind of a wild west of lawlessness, that the industry and practices of men will change, makes no sense at all. That was effectively the regime that Pickton was operating under. He was free to pick up women and bring them back to his farm brothel with impunity. That's the situation that we'll have across Canada if these laws are simply struck down and there's nothing to replace them."

Alan Young, who represents Terri Jean Bedford, one of a group of current and former prostitutes who challenged the laws, said the sex workers have an even stronger case in one respect than the drug users – prostitution is not in itself illegal.

"I hate to say it and I could have egg on my face on Friday, but I've always said that the case properly understood is incontrovertible," he said. 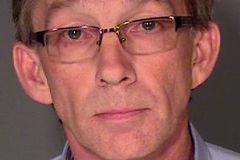 Opinion
With sex-work ruling, Supreme Court can be on the right side of history
December 17, 2013 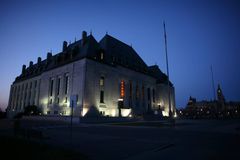 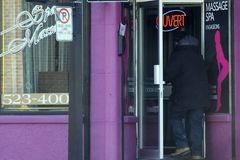 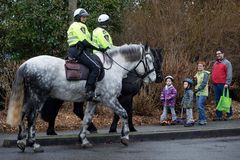 new
One Canadian’s battle against a thriving sex-tourism industry
December 4, 2013 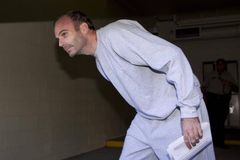