Several provinces are critical of the federal Conservative government's decision to stop funding a panel created nine years ago to ensure common standards for health-care across the country and some say they want to find ways to keep it operating.

Federal Health Minister Leona Aglukkaq wrote to her provincial counterparts this month to say the money her government pays for the operation of the Health Council of Canada will stop flowing next year.

Ms. Aglukkaq argues that the council was created to monitor progress of the accords that govern federal health-care transfers to the provinces and, when the 2004 accord expires in 2014, the panel will have completed its mandate.

But a number of provinces say the council serves a critical function in helping to share health-care information among the various jurisdictions and they are unhappy to hear that its days are numbered.

Alberta Health Minister Fred Horne, whose province joined the council just last year, said this week he is "surprised and extremely disappointed" to learn of the move and hopes the Harper government will reconsider.

"It's difficult to understand how the opportunities that the Health Council affords are not worth $6.5-million to the federal government," Mr. Horne said, adding that the council has proved an invaluable forum for what he called "pan-Canadian" discourse and solutions to challenges in areas of continuing care, drug coverage and the sustainability of medicare.

He cautioned against portraying the funding cut as a death knell for the council, adding that provinces and territories could shore up the funding gap and that he would consider using a portion of his $17-billion budget to do his part. "We would certainly consider that," he said.

But Robert Ghiz, the Premier of Prince Edward Island who co-chairs the Health Care Innovation Working Group, an interprovincial body established to improve the health-care system while driving down costs, says the federal government should continue footing the bill.

"This federal government has been very clear that they want to really abdicate the responsibility of health care," he said. "This is another indication of that."

Mr. Ghiz said the council is an important bridge connecting the different health-care systems that are being run across the country. But, unlike Mr. Horne, the PEI Premier said he did not believe provinces will be willing to chip in money to keep the council afloat.

Ontario Health Minister Deb Matthews also called the decision to stop funding the health council "disappointing," saying there must be a way to ensure every part of the country has the same quality of care.

"The federal government has made it clear that they see their relationship with the health care system as simply funding provinces to do it. I think that's the wrong direction," she said in an interview. "Canadians expect some standardized and equality of access to care."

Ms. Matthews pointed to a recent case in which a private company was found to have delivered diluted chemotherapy drugs to hospitals in two provinces as proof the country needs an overarching authority on health care. The company, Marchese Hospital Solutions, fell into a regulatory grey area between the provinces and the federal government, and operated with no oversight for a year. Last week, the Ontario government intervened to start regulating it.

"We're stepping in because it matters to Ontario patients. But I think we'd all be better off if we had a stronger role for Health Canada," Ms. Matthews said.

But Health Minister David Wilson of Nova Scotia said he understands that the council's mandate has ended and does not think the panel is required for collaboration between provinces and territories to continue.

"We all know that there are many challenges in health care and we are all dealing with a decline in revenues, no matter what province you are in, and an increase in the cost of providing health-care service to our residents," said Mr. Wilson. "So I think it has really driven us to work together really closely."

The Health Council's chief executive officer, John Abbott, said the council employs 31 people and has consistently spent less than its federal allotment from Health Canada. He said the council expense budget ranges from $5-million to shy of $6.5-million per year, although the council could have drawn down as much as $10-million in most of the years since its inception.

Organizations like the Canadian Institute for Health Information do similar work as the health council, in that they identify, disseminate and report on best practices and innovation within health care.

But Mr. Abbott said what distinguishes the council's work from that of other agencies that generate statistic-heavy reports on the health system is that the council distills performance data in the context of accountability and public policy.

Uproar over Health Council’s demise isn’t worth it
April 17, 2013 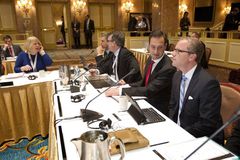 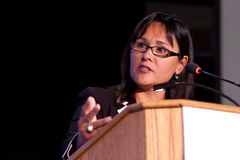 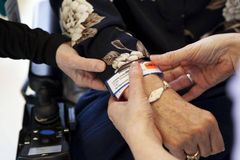 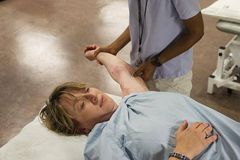 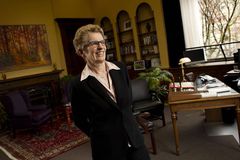 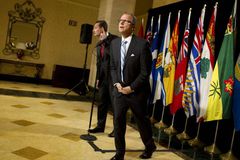 Canada not as good at after-hours medical care as other countries, report finds
January 21, 2013 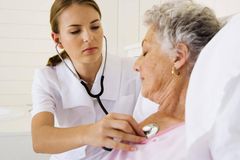