The Department of Public Safety says 36 per cent of the men working as corrections officers within federal penitentiaries report being affected by post-traumatic stress disorder, a startlingly high number that reflects what the guards say is the dangerous and emotionally corrosive atmosphere within Canada's prisons.

They report being forced to search out and pay for their own PTSD treatment programs and to fight to get claims for mental injuries approved by workers' compensation boards.

The union that represents the roughly 8,200 federal officers says the prevalence of PTSD among prison workers has received less attention than the occupational stress injuries afflicting soldiers, police, firefighters and paramedics – and that has made it more difficult for corrections officers to get the help they need.

"One in five federal public servants will suffer from a mental-health issue and, you can tell, our numbers are a hell of a lot higher than that," Jason Godin, president of the Union of Canadian Correctional Officers, said in an interview on Wednesday.

Lori MacDonald, an assistant deputy minister in the Public Safety Department, told a House of Commons committee in May that the rates of PTSD and stress-related injuries are "very high" for corrections officers. "We know from some surveys we've done," she said, "that about 36 per cent of male correctional officers have identified as having post-traumatic stress disorder." She did not state the prevalence of PTSD among female officers.

To put that into context, between 1.1 and 3.5 per cent of the general population of Canada has PTSD in any given year. And much has been written about the fact that 9 per cent of Canadian military personnel returning from Afghanistan are now collecting disability benefits after being diagnosed with the disorder.

Although those numbers are not directly comparable to the figure quoted by Ms. MacDonald for corrections staff, Mr. Godin said, it is clear the number of his members afflicted with PTSD is "huge." Dealing with inmate gangs, suicides, medical emergencies, makeshift weapons, fires and full-on attacks takes its toll, he said in his own address in May to the House public safety committee.

Kyle Reynolds said he spent more than 20 years working as a correctional officer at the Bowden Institution, a medium-security federal prison north of Calgary.

In 1994, five years into that job, he said he had a major psychological "crash." He said he and other officers uncovered a plot by inmates to kill a guard. He also discovered the route the prisoners used to obtain weapons and reported it to management. But several days later, after he and corrections officers had been blamed for a disturbance by prisoners, he learned nothing had been done to stop the flow of the dangerous material.

At the moment he came to that revelation, Mr. Reynolds said, an inmate started ringing the bell at the post where he was stationed. "He went ding, ding, ding and I snapped. I lost it. Unfortunately, I lost it to the point where I went out and got this guy and I pounded on him," he said.

In the days that followed, Mr. Reynolds said, "I didn't know what had happened to me. I couldn't talk to my family, I couldn't talk to anybody without crying." But he still went back to work. Another "crash" occurred in 2002, and a psychologist told him to leave the prison – advice he ignored. It wasn't until a third episode in 2011 that he decided to seek help.

Ottawa has a deal by which federal correctional workers hurt on the job are compensated by provincial programs, but Alberta's Workers' Compensation Board denied Mr. Reynolds benefits. He had to prove he had a work-related injury, and prison managers, he said, told the board he was off for disciplinary reasons.

Mr. Reynolds said he ended up spending $50,000 of his own money on psychological services. It wasn't until March 20 that the compensation decision was overturned as the result of a psychological report verifying his injury, and he was given back pay.

Although he is now receiving the money that is due to him, Mr. Reynolds said, "If I don't step up, others will go through this, and it's really hard to bury officers. There's a lot out there who are living but who are not living, if you know what I mean. They are suffering in silence."

Mr. Godin said Ontario and Manitoba have taken positive steps in recent months to address the problem. Those two provinces have recognized that certain types of workers, including corrections officers, are prone to PTSD and, when diagnosed with the disorder, get their treatment immediately approved. Ontario has gone one step further by recognizing that corrections officers are first responders.

Mr. Godin said it's now up to the federal government "to step up to the plate, recognize correctional officers as first responders and work with the [other] provinces to bridge the gap."

Opinion
PTSD: The arc of justice bends toward first responders
January 5, 2016
What it’s like ... to overcome PTSD after being sexually assaulted
November 18, 2015 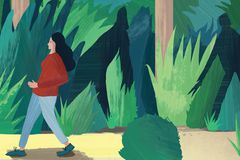