Extra costs piled on by sick days in the federal government are marginal because absentees are rarely replaced, a new report says – reigniting the standoff between Treasury Board President Tony Clement and union leaders over public-sector benefits.

(Infographic: Which federal departments take the most sick days?)

Wednesday's report from Parliamentary Budget Officer Jean-Denis Fréchette found replacement costs – wages paid to workers to fill in for a sick colleague – are not "fiscally material," or significant. An earlier PBO report found wages paid to federal employees off sick totalled $871-million in one recent year.

The findings come as Mr. Clement mounts a public push to replace the existing sick-day system – where long-time employees can accrue leave over years – with a new short-term disability program that he says will be better for productivity and morale, and better for taxpayers.

"There's a lot of reasons – accountability and productivity and compassion, as well as taxpayer fairness – that have contributed to my position," Mr. Clement told The Globe and Mail on Wednesday. He played down the findings of the PBO report.

"I don't think that's a particularly astounding result. It's common sense," he said, referring to the finding that many departments don't hire temporary replacements for sick workers. "The bigger issue is lost productivity and issues associated with a decades-old sick-leave system that really is not meant for the modern age."

Unions, however, are sticking by the sick-leave system, which allows federal employees to accumulate unused sick days. The Public Service Alliance of Canada calls it "crucial and sustainable" and pointed to the PBO report as evidence.

"Once again, Mr. Clement is misleading Canadians," PSAC president Robyn Benson, whose union is one of 17 representing federal government employees, said in an interview. "… If there is a problem with sick leave, we should be negotiating this at the table," not publicly, Ms. Benson said.

The two sides are set to resume talks in September.

"I hope the report will help them to have a better debate, and better information on what they can do," said Mr. Fréchette, the budget officer. Many departments don't have policies to hire replacements for sick workers, but the cost for those that do is "really marginal," he added.

The report offers a snapshot of paid sick leave in 20 departments that were considered. The highest totals were at the Canada Border Services Agency, the Correctional Service of Canada (CSC), Veterans Affairs Canada and Human Resources and Skills Development Canada, which has since been renamed. Employees at all four averaged more than 13 paid sick days a year.

The lowest figure came from Foreign Affairs, where employees averaged 7.7 sick days a year. RCMP officers and soldiers were among the federal employees not included in the review.

The cost of paying wages to workers on a sick day ranged from 0.16 per cent to 2.74 per cent of total departmental spending, the report found.

Some departments back-fill workers when others are off sick, but the costs are modest, the report found. For instance, CSC spent $1.2-billion on wages in 2011-2012 and $7.2-million on extra costs to fill in for sick workers, it found.

The PBO looked at figures from 2009 to 2012. Over that period, sick leave in seven departments steadily increased, while it steadily decreased in only two. 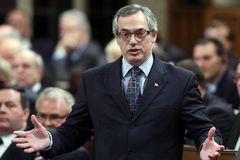 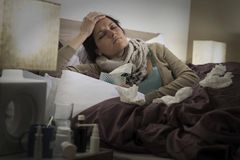 Facts & Arguments
Caring for my sick husband, I am going through untold suffering
June 15, 2014 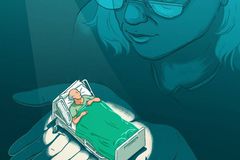