Garry Kasparov was always a symbol of rebelliousness in Russia. In the 1980s, he was one of two rival Soviet Union chess stars and there was a propaganda distinction: Anatoly Karpov was the Communist establishment man, and Mr. Kasparov the upstart. In chess terms, the Kremlin made Mr. Karpov white and Mr. Kasparov black. If it wasn't for glasnost, he thinks, he might have been chased out of chess, but he became world champion.

In Vladimir Putin's Russia, he was a rebel again, as a pro-democracy Kremlin critic and onetime presidential candidate. But he was never going to be allowed to win. Now, his rebellion is in sharply warning Western nations about what Mr. Putin's Russia has become, and that they must respond in more pointed ways.

That's why Mr. Kasparov will be in Ottawa this week, to push Canada to adopt a so-called Magnitsky law, which would allow sanctions against Russian officials who committed human-rights abuses in the death of Russian lawyer Sergei Magnitsky, and potentially other officials.

Read more: Why the proposed Magnitsky law is not a threat to diplomacy

There's already such a law in the United States. A new global version, to expand sanctions powers to rights abusers in other countries, is before Congress now.

But in Canada, the idea has garnered political support, but not the political will. In opposition, Justin Trudeau's Liberals promised such a law; In government, they backed off, fearing it would interfere with re-engaging diplomatically with Russia. The government argues current laws allow for sanctions, and that they have used them against Russian officials, notably over Ukraine. But current laws don't provide the same pointed tool for sanctions for abuses inside a country like Russia. Now, backbench MPs, including Liberals, are holding hearings to consider a Magnitsky law again.

Mr. Kasparov won't mince words. He wrote a book entitled Winter Is Coming, warning that Mr. Putin "must be stopped." He wants to counter the notion that a Magnitsky law will block Canadian diplomacy with Russia.

"We hear the argument that Magnitsky laws prevent us from talking. No, it doesn't," he said. "It's absolute nonsense. Weakness always provokes more aggression from dictators. I wish we would pay more attention to the lessons of history," he said.

Yes, he's referring to British Prime Minister Neville Chamberlain's attempts at appeasing Adolf Hitler: "We had this argument in the thirties," he said. "We know the outcome."

Mr. Putin hasn't just turned Russia into a dictatorship, Mr. Kasparov said. He has engaged in aggression in Ukraine, annexed Crimea, committed abuses in Syria and now, he said – in apparent reference to Russian hacking during the U.S. presidential election – is meddling in Western politics.

"So far, we can see that every concession makes Putin more aggressive."

There's little hope Mr. Putin's regime will be overturned from inside, he said. There's no democracy there. Mr. Kasparov tried to run for president in 2007, but couldn't get anyone to rent him a hall for the required meeting of 500 supporters.

"In Putin's Russia, there are no elections. What we did, we tried to kind of send a message." It was still possible to have illusions about Mr. Putin in 2007, he said. Not now.

That's why the Magnitsky law is important. It's an initiative of Bill Browder, the CEO of Hermitage Capital, who was expelled from Russia for revealing official fraud; his lawyer, Sergei Magnitsky, uncovered officials' theft of $230-million (U.S.) in tax funds, and was sent to jail, where he died after 358 days.

A Magnitsky law would sanction the officials involved, and importantly, allow for seizure of their money abroad. That cuts the freedom of Russia's kleptocrats. It scares Mr. Putin, Mr. Kasparov said, because the precedent can be used for higher-ups – if Mr. Putin can't protect the loyal, he will lose his grip on power.

"It's the structure of a mafia state," he said. "If the big boss doesn't protect every hit man, he's losing his argument. In the mafia structure, full protection is the main currency."

There's another logic for opposition. Mr. Kasparov quoted his friend, the late Russian opposition leader Boris Nemtsov, who was shot in the back last year on a Moscow bridge. Mr. Nemtsov used to say if the Kremlin reacted aggressively, the opposition was on the right track. "Unfortunately, he received the highest award. It was a bullet from the regime," Mr. Kasparov said.

Opinion
Why the proposed Magnitsky law is not a threat to diplomacy
May 25, 2016

Opinion
Stéphane Dion is right: Magnitsky-style sanctions make no sense for Canada
May 27, 2016 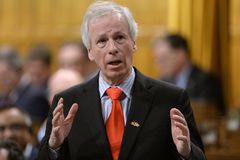 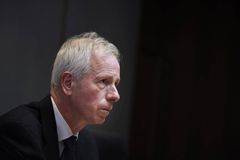