Quebec and Ottawa are on a collision course over the scrapping of the long-gun registry, with the province refusing to destroy data that the federal government wants to eliminate as part of its bid to scrap the controversial legislation.

Ottawa claims that the data is under federal control, but Quebec says it will not shred the information, which the provincial police force has collected over the years under current legal provisions. And the province says it needs additional data and software from Ottawa so it can build its own replacement registry.

Quebec spearheaded the drive to create the registry under the Liberal government of Jean Chrétien after the École Polytechnique massacre in December of 1989, when Marc Lépine went on a shooting rampage and killed 14 women.

On a number of occasions, the National Assembly has adopted unanimous resolutions demanding the federal government maintain it.

Quebec is now drawing a line in the sand, and the data will be protected whether Ottawa orders it destroyed or not, provincial Public Security Minister Robert Dutil said Wednesday.

The Sûreté du Québec will be ordered by the province to protect whatever information it has while the government begins lobbying Ottawa to release the data it holds on Quebec residents.

"We must now put up a fight to make sure they don't destroy that database," Mr. Dutil said.

The federal government says "the long-gun registry data is under federal control" and will be destroyed in keeping with its long-standing views on the issue.

"The registry has done nothing to keep guns out of the hands of criminals," Public Safety Minister Vic Toews said. "In order to protect the privacy of law-abiding long-gun owners, records held by the Canadian firearms program on currently registered long guns will be destroyed."

The opposition backed Quebec in the House of Commons, blasting Ottawa's current plans to destroy all data as "a $2-billion bonfire." The NDP accused the Conservative government of "turning its back" on women, police and victims of crime, and praised the registry for its role in a sharp decrease in rifle deaths in the country. Proponents of the registry argue that the database has helped bring down the homicide rate in Canada to a 45-year low.

"They plan to destroy the data out of ideological blindness," NDP interim leader Nycole Turmel said during Question Period. "Why destroy $2-billion worth of information that the provinces and the police wish to keep?"

In Quebec City, the provincial Liberals said it would be inappropriate for the federal government to destroy a database paid for in part by Quebec taxpayers.

"The federal government said during the election campaign that it would abolish the long-gun registry … but it never said anything about destroying the database. We are strongly and ferociously against it," Mr. Dutil said.

The province doesn't believe it has enough information to set up its own registry, and needs the federal database to move forward with a replacement. Without it, he said, the cost of creating a new registry would be "prohibitive."

Quebec has always maintained it would create a replacement registry, suggesting the cost would amount to only "a few million dollars a year."

"Without the data and the software I would hate to think how much it would cost to replace the current registry," Mr. Dutil said.

The Quebec government said it was taken aback by Ottawa's decision to destroy the database. Intergovernmental Affairs Minister Yvon Vallières said Ottawa has no business going against the will of Quebeckers who want to maintain the gun registry.

"We have our work cut out for us. It is inappropriate to propose to destroy the database," Mr. Vallières said. "We will work hard to make sure that these tools are given back to Quebec. We helped pay for them, I don't see why we couldn't have them."

The province has not ruled out legal action to preserve the database, but for the time being, Mr. Vallières said he will focus on persuading the Harper government to show some "flexibility" and amend its legislation. 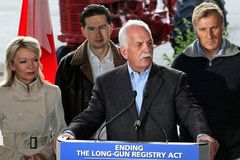 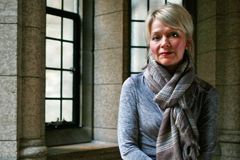 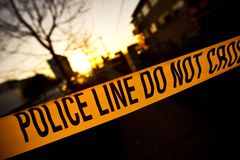