Despite acknowledging that Quebec is Canada's most indebted province, Finance Minister Raymond Bachand says it is on course to eliminate the deficit with a "responsible" budget that also contains several new measures aimed at appeasing irritated voters.

Helping to pay for those new measures: ambitious plans to cash in on its natural-resources sector, especially mining.

On Tuesday, Mr. Bachand released his 2012-13 budget with new programs to help the elderly and reduce greenhouse-gas emissions.

Not in the document: relief for university students. The government chose to ignore growing student protests, refusing to cave in to demands to reduce the 75-per-cent tuition fee hikes over five years.

With spending projected at $70.9-billion and revenue at $69.4-billion, the government will run a $1.5-billion deficit in 2012-13, but promises to eliminate the deficit the following year.

Opposition parties labelled it a pre-election budget, with the government proposing to invest heavily in resource-rich regions, where predominantly francophone voters have turned their backs on the Liberals.

But Mr. Bachand insisted that this was not a pre-election budget.

"This is a responsible budget. A budget that Quebec needs. I would prefer that we wait a year before calling an election. That would allow me to table a zero-deficit budget. But the Premier is the one who decides, not me," he said.

The budget will open the way for the government to take an equity interest in mining projects, as well the emerging oil and gas industry. Resources Québec is the new Crown corporation that will be set up to manage a $1.2-billion equity portfolio.

The government expects mining sector royalties alone to grow nearly tenfold over a half-dozen years – from an average of $42-million per year between 2006-07 and 2009-10 to $415-million in 2016-17. Mr. Bachand estimates that existing mining operations – and those currently being built – will funnel $4-billion in royalties into public coffers over the next 10 years.

He said cash from the province's natural-resources sectors has already started to flow, predicting total royalties in 2011-12 to hit nearly $1.2-billion, and climb to $1.5-billion by 2016-17.

But Quebec also wants a cut of the profits. According to the budget documents, the government will negotiate equity positions in all mining projects that call on its help for infrastructure needs or electricity rates. It will also define a similar strategy for future oil and gas projects.

"This is new in what we are going to do in Quebec," Mr. Bachand, stating that he borrowed the idea from former Parti Québécois premier Jacques Parizeau. "It comes down to what Mr. Parizeau said ... we have to make sure we get a share of the business."

Mr. Bachand announced that the government will support three multibillion-dollar projects – the building of a pipeline to supply natural gas to the North Shore region and the extension of a power transmission line to Nunavik to supply energy to mining operations. The third is a project by CN and the Caisse de dépôt et placement du Québec to build a rail link between Sept-Îles and mining projects in the Labrador Trough.

Quebec is setting up with other jurisdictions in North America a cap and trade system financed by greenhouse-gas emission allowances, beginning on Jan. 1. Profits from the carbon market will mostly be awarded to improving public transit.

Reports of the mistreatment of elderly patients in nursing homes sparked an outcry that forced Mr. Bachand to increase funding for seniors. In the 2012-13 fiscal year, an additional $40-million will go to improving services. Over the next five years, $500-million each year will be devoted to health-care services for the elderly as well as home-support programs, housing needs and special assistance to caregivers.

Beginning Jan. 1, the voluntary retirement savings plans proposed in last year's budget will come into force. Companies with five employees or more will have three years to offer workers a pension plan. There will be no obligation to participate and contributions will vary. The plans will be managed by a third party and will be flexible if a worker changes employers. 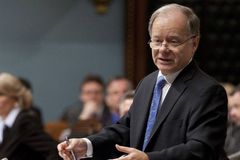 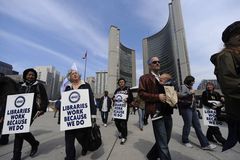 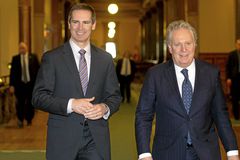