RCMP Commissioner Bob Paulson is warning about "non-classic" terrorism that feeds on hate and controversy on social media, blaming growing political polarization for the deadly shooting at a mosque in Quebec City.

Speaking to a Senate committee, Mr. Paulson described the lone suspect in the Jan. 29 murder of six Muslims in Quebec City as a "criminal extremist." He defined this category to include people such as Justin Bourque, who killed three Mounties in Moncton in 2014, and the Freeman-on-the-Land movement that challenges government's authority across the country.

Mr. Paulson said investigators in the Quebec City shooting are still working to determine whether to charge Alexandre Bissonnette with terrorism-related offences. Mr. Bissonnette is already facing six counts of first-degree murder and five counts of attempted murder in relation to the attack at the Centre culturel islamique de Québec.

Read more: Quebec mourns, even as it begins painful reckoning over treatment of Muslim community

Opinion: One week later: A message to the Muslim children left fatherless

"We need to understand this offender," he said. "What was driving him to act in the way that he did? Sometimes there is a political backdrop to that."

The RCMP commissioner refused to say exactly what investigators have unearthed to this point, but he referred to "the conversations that are taking place in some of those chats, on the Internet, on Twitter, on those kinds of forums."

"There is, I think everyone would agree, a more caustic tone to the political discourse that seems to attract and agitate and radicalize people of all persuasions – particularly those who know hardly anything about it – to engage. That represents a concern for us," he told the Senate committee on national security and defence.

Mr. Bissonnette was known in the city's activist circles as an online troll who was inspired by extreme right-wing French nationalists, stood up for U.S. President Donald Trump and was against immigration to Quebec, especially by Muslims.

Mr. Paulson acknowledged that while many politicians in Canada have already branded Mr. Bissonnette a terrorist, the challenge for police is to gather evidence that the shooting was motivated by politics or ideology, as called for in the Criminal Code.

"If I had been inside of that mosque, I would have been terrified. So you have the conversational classification of what was happening, and then there is the criminal, legal [classification]," Mr. Paulson told reporters. "If at some point, in the view of the police and the prosecutor, there is a compelling public-interest dimension, and the evidence is sufficiently developed to make the sensible argument that a terrorist prosecution is in order, then that is what will happen."

The RCMP is the lead police force on this case, given the possibility of terrorism-related charges, working alongside provincial and municipal police forces.

Overall, Mr. Paulson said the Mounties are still expending more energy and resources on the "classic terrorism threat," which has been a top focus for the national police force since the attacks of Sept. 11, 2001.

"We continue to redeploy resources into the [counter-terrorism] world, prioritize our cases. I haven't seen any real diminution of activity, and so we continue to be challenged to address the threats as they present themselves, although I think we have been very successful in doing that so far," he told senators.

Still, he added new threats are emerging along with the growth of social media.

"There is a renewed interest in the non-classic terrorist case, the sort of offender who was present in Quebec City; we've worked through a partnership of police agencies on what we could call the criminal extremist," Mr. Paulson said.

Quebec mourns, even as it begins painful reckoning over treatment of Muslim community
February 3, 2017 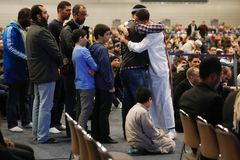 Opinion
One week later: A message to the Muslim children left fatherless
February 5, 2017
Can Peterborough stand as an inspiration to Quebec after mosque attack?
February 3, 2017 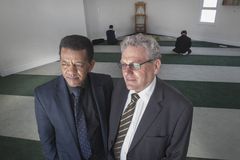