A possible clue to how the federal Liberal government will arrive at its annual immigration targets for 2018, to be unveiled Wednesday, can be found in a similar provincial plan unveiled just last week.

Quebec — which sets its own immigration targets in connection with the federal government — is aiming to bring in some 51,000 people, a target that is unchanged from 2017.

That has observers saying they expect the federal numbers for next year to remain largely in line with the 2017 goal of 300,000 newcomers, though a slight bump is likely.

"The main priority will be to focus very strongly on the real need of employers, and many sectors of the economy, saying we need immigration," Hussen said before question period.

"We need skilled immigrants to not only come and fill certain jobs, but also create more jobs for everyone else, and prosperity for all of us."

In 2016, the government's economic advisory council recommended boosting levels to 450,000 over the next five years to address an aging workforce and declining birth rate, both of which are leaving major gaps in Canada's labour market.

But that bumps up against practical considerations, said Kareem El-Assal, a senior researcher with the Conference Board of Canada.

"It would require a significant increase in federal government expenditures to hire visa officers to send them overseas and whatnot, and the question is where will the money come from."

The same holds true of a call for the government to set immigration targets for a wider window, not just annually. At the last federal-provincial meetings of ministers responsible for immigration, all emerged united on the need for a multi-year approach. Many eyes are on whether Hussen follows through.

Being able to plot out immigration over a longer period of time would lend additional certainty for everyone from employers to refugee settlement agencies, who are among those calling for a three-year planning document.

"The challenges and opportunities that immigration provides to this country necessitate a much broader public consultation than one focused on annual levels planning," said the Canadian Immigrant Settlement Sector Alliance in its briefing note to Hussen on the immigration plan.

"We strongly believe that we should be moving beyond annual level plans to multi-year immigration level plans."

When the issue was raised with focus groups earlier this year, some respondents said they felt a multi-year approach would give immigrants false hope that if their application wasn't accepted one year, it might be the next.

And backlogs are already plaguing many parts of Canada's immigration system.

For example, the 2017 levels plan called for about 15,000 people to be admitted under the in-Canada asylum system. So far this year, there have been upwards of 35,000 claims filed in Canada, thanks to a surge in asylum seekers at the border — 10,000 of those claims are still pending before the Immigration and Refugee Board.

Hussen said Monday that space will be created within the levels plan to address backlogs, but at the same time he also suggested refugee levels will be maintained.

That's sure to be a disappointment to the United Nations, which is also watching the plan closely to see whether Canada increases spaces for resettled refugees. The UN had hoped to see Canada take the lead at a time when the politics in other countries — most notably the U.S. — have led to refugee programs being scaled back.

But domestic politics is at play as well, said Jack Jedwab, the executive vice-president of the Association for Canadian Studies.

While the same socio-cultural concerns about immigration that dominate political debate around the globe don't seem to be as much in play in Canada, they still underpin the immigration debate here to an extent, he said, so the government will only go far.

"I think they feel that there is still come concern out there about a significant increase and they want to be sensitive to that." 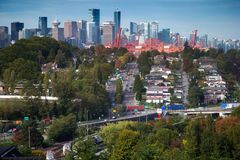 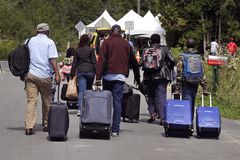 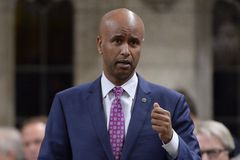