Quebec political parties are actively pursuing prominent candidates as they put the final touches on their campaign strategies before an election call they expect within two weeks.

With their future hanging in the balance, all three major party leaders are putting their weight behind efforts to recruit star candidates.

Premier Pauline Marois will use International Women's Day on March 8 to announce the recruitment of several prestigious female candidates.

The list includes former Parti Québécois minister Linda Goupil in Lévis. Writer and defeated 2012 PQ candidate Djemila Benhabib, a strong opponent of Muslim fundamentalism and supporter of the government's controversial secular charter bill, is being considered as a candidate in the Laval riding of Mille-Iles. Lorraine Pintal, artistic director at the Théâtre du Nouveau Monde, has been touted by the PQ for the Montreal riding of Verdun.

However Ms. Pintal's candidacy may become a source of embarrassment for the party. Her spouse, real-estate promoter Christian Yaccarini, had lucrative business dealings with disgraced former Montreal mayor Gérald Tremblay and received several millions in PQ government grants from Jean-François Lisée, the minister responsible for Montreal, for a downtown real-estate development project. Mr. Yaccarini also has a criminal record going back more than 30 years, involving fraud and shoplifting, for which he was granted a pardon.

On Wednesday, PQ Agriculture Minister and Deputy premier François Gendron, 69, will announce his political future after almost 38 consecutive years in office. On April 14, 2014, the day Quebeckers will most likely be called upon to vote, Mr. Gendron will tie the record held by the late Gérard D. Levesque as the longest sitting member of the National Assembly. Mr. Gendron would need to run again to beat the record.

Another long-time sitting member, Henri-François Gautrin, is facing a less gracious departure. Mr. Gautrin has been strongly urged by Liberal Leader Philippe Couillard to vacate his seat in Verdun. Mr. Gautrin, who was first elected in 1989, appears to have overstayed his welcome in the Liberal caucus, especially after predicting his party's defeat in the upcoming election.

At least four other Liberal MNAs announced they were quitting politics, which allows Mr. Couillard the freedom to offer star candidates ridings that have been party strongholds for years. The Montreal ridings of Nelligan, Robert-Baldwin and Outremont are Liberal bastions and are up for grabs. Mr. Couillard is using them to attract prominent candidates, especially from the business community.

Of all the major party leaders, François Legault of the Coalition Avenir Québec faces the biggest challenge. The PQ is running former Bloc Québécois House leader Pierre Paquette against Mr. Legault in L'Assomption, a riding north of Montreal that has previously voted PQ.

With the departure of the CAQ's prominent anti-corruption crusader Jacques Duchesneau in the riding of Saint-Jérôme, the PQ is looking to win back not only this seat but several others north of Montreal that it lost to the CAQ in 2012. If it succeeds, it could ruin the CAQ and help the PQ take a major step toward forming a majority government. 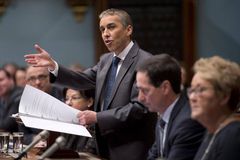 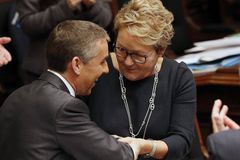 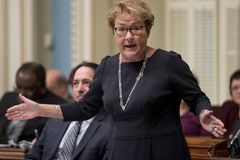 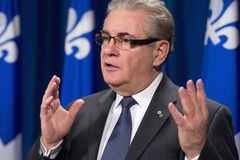 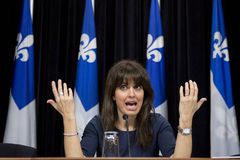 Gilles Duceppe rules out running for PQ in next Quebec election
February 17, 2014 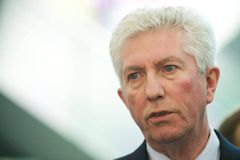