On the streets of Montreal these days, protesters have replaced placards with soup pots. And they're pounding them with wooden spoons in a cacophonous revolt heard across the city.

Riots and police clashes may have grabbed headlines, but another scene has played itself out in Montreal this week. Parents, grandmothers, students and children have been pouring out of homes at dinnertime and descending into the street in a noisy ruckus. They've borrowed from a form of protest in Latin America that involves banging on pots and pans to express dissent. There, they call it a cacerolazo. In Quebec, just call it another front in an unending season of protest.

"We feel fed up," said François Robitaille, a 43-year-old university teacher who came to a neighbourhood protest accompanied by his two children, a baking pan and a spoon. "And I want to be here to show it."

And so it has come to this. A student protest begun more than 100 days ago over a $325-a-year hike in tuition fees has ballooned into festive demonstrations in dozens of neighbourhoods in Montreal, as well as cities across the province.

No masked men lobbing rocks in these block parties. The voters in the street at one cacerolazo this week included teachers, engineers, retirees, parents pushing strollers, all joined by a generalized sense of grievance toward the Charest government.

To those watching from outside the province, the standoff over a fee hike that would still leave Quebec students with the lowest tuition in the land has been close to incomprehensible. Voters such as Mr. Robitaille give a hint at why the students' lament tapped into a vein of discontent.

"The increase for the students came at the same time we hear about all the corruption in Quebec," he said. "The government says there's not enough money for education, but at the same time, government contracts for roadwork cost 35-per-cent more here. All these stories about collusion. It kind of makes me sick."

Views like these have driven thousands of new protesters into the streets. And unlike the night marches through Montreal that often end in arrests or violence, these newcomers include many women.

The original pot-clanging protests sprang up under the government of socialist president Salvador Allende in Chile to protest food shortages, then returned under the iron-fisted rule of General Augusto Pinochet. Now, an expression of anger popularized during a military Latin American dictatorship has found fertile ground in Montreal. Like semi-nude night marches, clever Twitter feeds and a giant panda mascot that shows up at street marches and has its own Facebook page, pan-pounding has proven another imaginative way for Quebeckers to protest.

In fact, Quebeckers have often turned noisily to the streets to express their displeasure. Some of the seminal battles for issues such as language rights began in the street, and an Earth Day march in April brought out an estimated quarter of a million people.

"Quebec has a stronger tradition of a protest culture than other Canadian provinces," said Luc Turgeon, a professor at the School of Political Studies of the University of Ottawa. The dominant role of the state in Quebec makes government – usually in Quebec City – an obvious target. "It's a reflex in Quebec to see the government as an instrument of change, so it's normal to make demands and not wait for an election every four years."

But beyond the festive mood, the sounds of clanging metal also carry a message. Pollster Jean-Marc Léger believes it's the same message that brought the NDP wave into Quebec in May.

"What we're seeing today is the extension of the election of the NDP – a good part of the population is fed up," said Mr. Léger, president of Léger Marketing. "People in Quebec didn't vote for the NDP, they voted against the system, against the old parties that had been there a long time."

"The vote for the NDP was a vote of anger. Today, it's being channelled by young people."

To be sure, the debate has left a province polarized, with one of the biggest fissures being generational. Quebeckers under 35 tend to support the students while their elders favour the government line, Mr. Léger said. "There is really a generation gap in Quebec that is a key factor behind all this."

At the street cacerolazo in Montreal's Villeray district on Thursday night, protesters gathered at a busy commercial street corner just after 8 p.m. as the first sounds of kling-kling-kling began. Then, spontaneously, the crowds swelled and columns of people hitting cooking pans, colanders and pot lids began criss-crossing the intersection.

Some noted the resemblance to Acadian tintamarres, celebratory noisemaking processions. After 30 minutes, the protest turned south and started set off down St. Denis St., as onlookers stood on their balconies pounding pots in support.

The march was much like the conflict that has endured in Quebec for months: You could see where it began, but it was impossible to see where it would end. 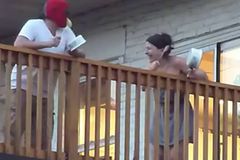 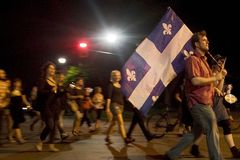 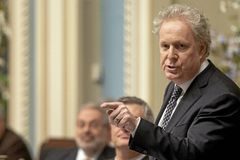 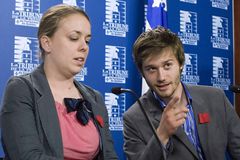 Protesters aren't Charest's biggest problem. It's this woman
May 26, 2012 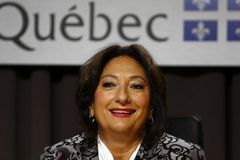