The Quebec government is launching a legal battle against Ottawa to stop the federal government from destroying data from the firearms registry.

Public Security Minister Robert Dutil will make the announcement at a news conference on Tuesday with the full support of police organizations, groups representing victims and survivors of gun attacks, as well as crime and public safety experts.

Parliament is expected to adopt legislation to abolish the registry in the coming days.

A Quebec government official who asked to remain anonymous said the details of the province's suit will not be made public, but that the case will be supported by statistics and several arguments showing the need for Quebec to obtain the data to set up its own gun registry.

Without the data, it would be too costly for the province to set up a registry, Mr. Dutil has repeatedly argued. He concluded that the federal government had no intention of considering Quebec's demands. The province fears that the Conservatives will proceed rapidly to destroy the data shortly after adopting the legislation, which explains why Mr. Dutil is seeking protection from the courts.

While Prime Minister Stephen Harper has maintained that the gun registry was too costly and inefficient, the Quebec government will seek to demonstrate just the opposite with its own registry.

Victims' groups, especially the survivors of the 1989 Montreal massacre where women were specifically targeted, have argued that the number of women murdered with guns dropped by 64 per cent between 1995 and 2007.

In making its case, the Quebec government will also rely on a Supreme Court of Canada ruling in 2000 stating that the gun registry is integral to "the promotion of public safety through the reduction of the misuse of firearms."

The province's police organizations will back Mr. Dutil's suit by arguing that without the registry it will be impossible to tell the difference between a legal gun and an illegal gun. Nor will police be able to determine who was the legal owner of a long gun or how many guns were in the owner's possession.

Opponents of the federal legislation known as Bill C-19 also contend that police will no longer have the information needed to enforce provisions that restrict the sale of long guns to certain individuals. They contend that the Conservatives are catering to gun-lobby groups that have continued to advocate fewer licensing requirements in the selling and ownership of firearms.

The Quebec government will also support its case with recent statements made by officers of Parliament. Federal Privacy Commissioner Jennifer Stoddart told a Commons committee that certain provisions in the bill may be in violation of the Privacy Act, which requires certain information to be kept for two years.

"There may be some situations where certain information that might be relevant in a possible court action is destroyed," Ms. Stoddart told committee members last month.

Information Commissioner Suzanne Legault warned that the destruction of the data would violate "the letter and spirit" of the Library and Archives of Canada Act.

"It does raise major concerns in terms of transparency and accountability in general," Ms. Legault told the Commons committee. "As information commissioner I have serious concerns about the impact this bill will have on government information management." 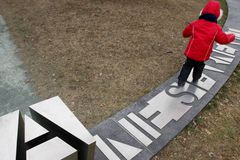 Quebec angered by Ottawa's refusal to budge on crime bill
May 3, 2018 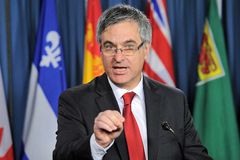 Information czar has 'major concerns' with destruction of long-gun data
May 8, 2018 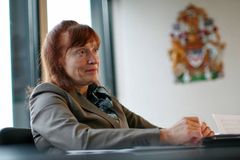