The Parti Québécois government is leading Quebec into a wrenching debate over faith and the future place of minorities in the province by unveiling a charter of values that would ban Muslim headscarves, Sikh turbans, Jewish kippas and other "overt" religious symbols from the public service.

Details of its long-awaited charter confirm what has been leaked in the media in recent weeks: if adopted, Quebec would become the only government in Canada seeking state secularism by restricting religious-based clothing for public employees. The government went as far on Tuesday as publishing sartorial dos-and-don'ts, with pictograms of Sikh turbans and Muslim face veils in the verboten category, and discreet cross pendants or Star of David rings on the acceptable list.

"If the state is neutral, those working for the state should be equally neutral in their image," said the minister in charge of the charter, Bernard Drainville.

Response to the package, which instantly became news around the world, was swift and divided. Ever since they surfaced last month, the government's proposals have exposed rifts: between Quebec and the rest of Canada, between Montreal and mostly non-immigrant regions, and among Quebeckers themselves.

In Montreal, the only truly international and multi-ethnic city in the province, the restrictions were criticized by a major teachers' union, immigrant groups and the main candidates in the mayoral election campaign, who promised to seek special status for the city to exempt it from any law.

When presenting the government plan, Mr. Drainville was bombarded with questions: Who would judge what size of crucifix is allowed? Would witnesses in court still be allowed to swear on a Bible? Isn't the plan likely to particularly target Muslim women?

The charter's limit on religious symbols would apply to public sector workers from police and prosecutors to teachers and hospital staff. However, it would exempt a host of Catholic symbols, from streets named after saints to the crucifix hanging in Quebec National Assembly and the large cross on Mount Royal in the centre of Montreal.

Mr. Drainville insisted there would be no "religion police" to decide if a crucifix is too big or an accommodation is unreasonable, or whether a scarf is a religious symbol or a fashion statement. He insisted common sense would prevail in disagreements. "We think this is a gentle approach. We think this is a very respectful approach," he said.

The plan would include a temporary five-year exemption to allow institutions such as hospitals and municipalities to adjust, and would also allow the faithful to wear small religious symbols such as jewellery provided they are not "too conspicuous." The government would be watchful for abuse of the five-year exemption, Mr. Drainville said. "We want to give them time to adjust, but we don't want it to turn into a systematic way to avoid the framework. It's a transitional measure."

The plan also would exempt elected officials, raising the possibility that the premier of Quebec could some day wear a veil while the janitor who cleans her office could not.

The plan came under attack from numerous quarters. Gérard Bouchard, who co-presided at a high-profile commission on the issue in 2007, said the proposals would harm the province. "The project tabled [Tuesday] is a project that will divide us, that will lead us into a battle that will be an unpleasant debate and one in the long term that will hurt us," he told Radio-Canada.

Others said the plan could drive Muslim women who wear headscarves underground. "This is extremely discriminatory and essentially targets Muslim women. These women chose Quebec and Canada for its freedoms. Now, everything is being cut," said Khadija Darid, director of Espace féminin arabe. She noted that Quebec favoured immigration from French-speaking North Africa, and many of the newcomers are practising Muslims. "A lot of women are telling me they will leave Quebec."

Samah Tliba, 38, who is from Algeria and works at a daycare in downtown Montreal, said the proposal has made her reconsider her future in Quebec. "I love Montreal. I came here because it was an open place, and it felt like home. I'm not so sure now. I have a sister in Toronto; I think I'll move there."

Luciano Del Negro of the Centre for Israel and Jewish Affairs in Quebec said the law could pose a dilemma for observant Jewish men who wear the kippa. "The Jewish community has been in Quebec for 250 years. Now, if you wear a kippa, you will have to choose between religious observance and a job in the Quebec public service."

Mr. Drainville's proposed law is far from being enacted. He did not have a bill to present on Tuesday, saying he will consult the public first. The minority PQ government could fall at any time, and all opposition parties oppose the plan to varying degrees. Mr. Drainville said he has no intention of watering it down to please other parties.

The Liberal critic on the file, Marc Tanguay, said his party will oppose the plan and accused the PQ of manufacturing a crisis. Nathalie Roy, critic for the Coalition Avenir Québec, stopped short of declaring outright opposition, saying some framework is needed to regulate religious accommodation.

While debate over the issue is likely to rage for months, it is unlikely a deal could be reached and a law drafted and passed before the year-old minority government is forced to fight an election on the issue. The PQ government has already launched a $2-million publicity campaign, with billboards and TV commercials popping up shortly after the plan was announced. 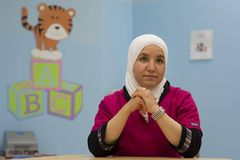 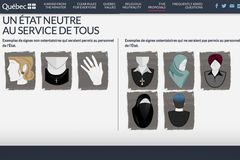 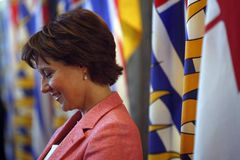 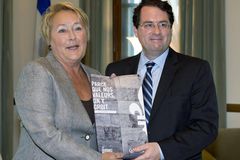 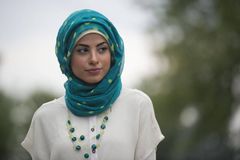 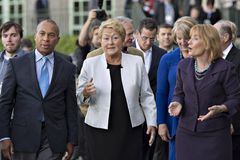 Follow Ingrid Peritz and Les Perreaux on Twitter @iperitz @Perreaux
Report an error Editorial code of conduct
Due to technical reasons, we have temporarily removed commenting from our articles. We hope to have this fixed soon. Thank you for your patience. If you are looking to give feedback on our new site, please send it along to feedback@globeandmail.com. If you want to write a letter to the editor, please forward to letters@globeandmail.com.
Comments