Quebec has reached a new phase in the heart-wrenching debate over whether to allow terminally ill patients to decide when to die.

The legislation on "end of life care" tabled last June that includes a provision for medically assisted suicide – the first of its kind in Canada – was adopted in second reading on Tuesday in a free vote by members of the Quebec National Assembly.

This was a clear indication that a majority of members support the legislation, paving the way for final adoption possibly in December after a clause-by-clause review during committee hearings this fall.

The vote represents a significant milestone, said Véronique Hivon, the Parti Québécois minister who for four years championed the cause for medically assisted death. When in opposition, Ms. Hivon co-chaired a committee that in a report titled Dying with Dignity called for the use of medical assistance to end life in cases of extreme suffering.

"This important bill has taken another very important step and I believe we will be equal to the task in meeting the hopes and expectations placed in us by the people," Ms. Hivon said. "Those at the end of their lives will receive the best possible assistance and get the best possible responses to their suffering even in the most exceptional circumstances."

While PQ members voted unanimously to support the bill along with all but one Coalition Avenir Québec party member, the Liberals were divided on the issue. More than half of the Liberal caucus opposed further debate on the bill.

"It's not possible to think that we can just try and see what it will be like to shoot people. Because the result is terminal. People will die," said Liberal MNA Laurent Lessard, who strongly opposed the legislation.

"We should first develop a complete network of palliative care before examining the need for euthanasia," said another Liberal opponent, Marguerite Blais.

Liberal Leader Philippe Couillard, a former surgeon who practised medicine for several years before entering politics, remained open to pursuing the debate, but expressed serious reservations about the criteria proposed to obtain medical assistance in dying.

"The way it is phrased in the bill, I frankly don't see any difference between medical aid in dying … and what is called active euthanasia," Mr. Couillard said. "From my experience in the vast majority of cases, pain is being relieved. People have dignity and they end their days in peace."

The legislation proposes that terminally ill patients be allowed to request medical assistance in dying if they suffer from an "incurable serious illness" that is at an advanced state of irreversible decline and inflicts "constant and unbearable physical and psychological pain" which the person deems intolerable.

Opponents of the bill argued that it fails to clearly define what constitutes the "end of life" for a person and under which "exceptional" circumstances should medically assisted euthanasia be considered by the terminally ill.

Ms. Hivon remained open to reviewing the wording of the bill and allowing for amendments to fend off potential legal challenges under the federal Criminal Code. 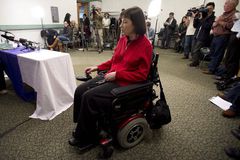 new
Majority of Canadians approve of assisted suicide: poll
May 11, 2018 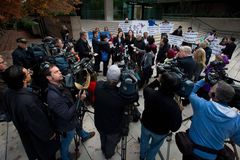 Opinion
Assisted suicide has had its day in court – but this is not the end
May 11, 2018 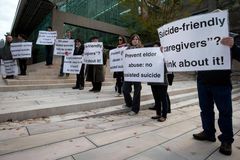 The fraught decisions of if and when to disconnect
May 11, 2018 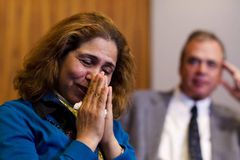 B.C. court upholds ban on assisted suicide as public debate heats up
May 11, 2018 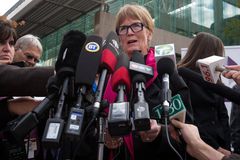 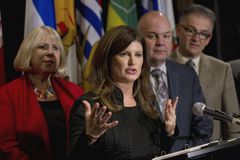