The Alberta beef packer at the centre of a massive recall is taking full responsibility for the tainted product, as questions mount over why Canadian officials let the company's plant operate for two weeks after the U.S. deemed the meat unfit to cross the border.

XL Foods, which has been relatively quiet amid the E. coli outbreak, issued a statement on Thursday that stopped short of an apology. The company acknowledged its food-safety practices were "not enough" and said it would work with the Canadian Food Inspection Agency to strengthen them.

The latest developments in Canada's largest beef recall – now exceeding 1,800 products comprising millions of pounds of meat – underscore flaws in the country's food-safety regime and raise questions about how much responsibility the inspectors and the inspected each bear.

As federal Agriculture Minister Gerry Ritz counters accusations that the U.S. government protected its citizens before Ottawa safeguarded Canadians, federal officials won't say whether XL Foods will face penalties as a result of the incident, which has left at least five people sick.

The fallout, meanwhile, is spreading.

"It seems that an undue amount of time [transpired] between the time when CFIA knew there was an issue and that plant was closed. I think we can expect better," Mr. Stewart said.

"My primary concern is with the way CFIA and XL have conducted their business in this regard," the Saskatchewan minister said, adding he's writing a letter to the Harper government to air his concerns.

Mr. Stewart said he's concerned the incident could hurt other producers by discouraging beef eating. "I'm afraid our producers are going to pay the price for it, although the product they produce was perfectly healthy and fit."

On Sept. 13, the CFIA removed XL Foods from the list of establishments eligible to export to the United States – at the request of the U.S. government. By that point, American authorities had already reported to Canada that they'd found three instances of E. coli in beef trimmings originating from XL Foods.

It wasn't until Sept. 27 that Ottawa suspended the operating licence for XL Foods' Lakeside plant.

Both the federal NDP and the Liberals say the federal government should have acted on Sept. 13 instead of Sept. 27.

"I have a problem with how long that took," Interim Liberal Leader Bob Rae said. "I think if someone else had been minister, they might have said, 'Well, if we're protecting Americans, why aren't we protecting Canadians at the same time?"

Mr. Ritz responded by saying incidence of E. coli has declined faster in Canada in recent years than in the United States.

By mid-September, when Canada blocked XL Foods from exporting to the U.S., a litany of problems had already piled up at the Alberta facility.

Around the same time, a CFIA review team reported that XL Foods was not properly conducting "trend analysis" that would offer more insight on the threat posed by a food-borne illness. It also found that XL Foods was not always correctly following measures to deal with contaminated meat, such as "bracketing," or removing containers of beef produced before and after ones found to contain E. coli. Plant staff also were not always following protocols for taking samples of meat, which could have led to inaccurate test results, the CFIA said.

Canada's largest beef recall expanded Thursday as authorities scramble to catch all meat that may have been tainted by E.Coli.

More products were added to the list of meat that people should avoid, bringing the total to beyond 1,800. The growing list comprises millions of pounds of meat and affects major retailers in all provinces.

Alberta officials say they're investigating nine case of E. coli, five of which have been linked to meat from the XL Foods slaughterhouse. Saskatchewan says reported cases of E. coli jumped last month. There were 13 – numbers typically range from zero to four – but authorities were still investigating whether any are linked to the recalled beef.

The NDP says the Harper government is to blame for giving industry too much leeway to police itself. , citing inspection rules called the Compliance Verification System, or CVS .

Broadly speaking, the CVS outlines the testing and safety measures that private meat plants are expected to conduct. Federal CFIA inspectors continue to monitor activities on the plant floor, but are also expected to review the safety reports and tests conducted by the private operators.

The union of CFIA inspectors has argued that because of fewer resources, inspectors spend are doing more paperwork and less visual inspection under the system. They also argue that Ottawa is not spending enough to properly train inspectors on the new system.

Though Mr. Ritz repeatedly said Thursday that CVS was introduced in 2005, an independent report into the 2008 listeria outbreak stated that the CVS system was first put into effect in the spring of 2008, at "the same time" that Maple Leaf Foods was identifying Listeria at its ready-to-eat meats facility. That incident of listeria ultimately killed 23 people.

The independent report into that outbreak, by Sheila Weatherill, concluded that "although the CVS is regarded as a sound system and has broad support, it needs critical improvements related to its design, planning and implementation."

The E. coli has been traced to Aug. 23, a slaughter day at XL Foods' Lakeside plant, and five subsequent days when cows killed on the 23rd were further cut up into products.

What's the latest on the recall?

The Canadian Food Inspection Agency added nearly 200 more products Thursday, bringing the growing recall to about 3,000 beef products. The items are all connected to the XL Foods processing plant in Brooks, Alta. The recalled products were distributed to dozens of stores across the country.

When did it start?

On Sept. 4, the U.S. Department of Agriculture's Food Safety and Inspection Service notified the CFIA that a positive E. coli sample in beef trimmings from XL Foods Inc. had been identified. The CFIA also identified a positive sample in raw beef that same day.

Was that the only positive sample found by U.S. inspectors?

No. On Sept. 12, the USDA informed CFIA that it had found two more positive samples from XL Foods Inc. The next day, the CFIA agreed to a U.S. request to stop shipping XL Foods meat to the United States.

When did the CFIA stop XL Foods from producing meat for the Canadian market?

On Sept. 27, the CFIA announced that it had temporarily suspended XL Foods' licence to operate its Brooks facility.

How many people have become ill from E. coli as a result of the problems at XL Foods?

Alberta officials say they're investigating nine case of E. coli, five of which have been linked to meat from the XL Foods slaughterhouse. 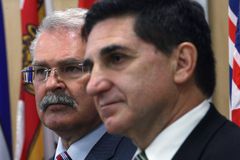 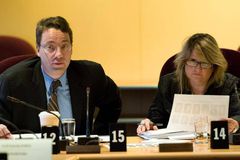 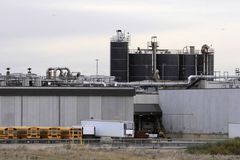 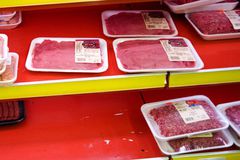 Follow Steven Chase, Bill Curry and Josh Wingrove on Twitter @stevenchase @curryb @josh_wingrove
Report an error Editorial code of conduct
Due to technical reasons, we have temporarily removed commenting from our articles. We hope to have this fixed soon. Thank you for your patience. If you are looking to give feedback on our new site, please send it along to feedback@globeandmail.com. If you want to write a letter to the editor, please forward to letters@globeandmail.com.
Comments