Calgary Centre's coming by-election is turning into a three-way race as Conservative candidate Joan Crockatt loses ground to the Green Party and the Liberals, a new poll suggests.

The Forum Research poll of 376 randomly selected residents puts Ms. Crockatt in first place – but pegs her support at just 32 per cent, down from 48 per cent in a similar poll held two weeks earlier. Liberal candidate Harvey Locke had the backing of 30 per cent of those surveyed, while Green Party candidate Chris Turner received 23 per cent of recorded support in the Nov. 12 poll. NDP candidate Dan Meades trailed the group, with 12 per cent of surveyed residents' support.

Keith Brownsey, who teaches political science at Calgary's Mount Royal University, said he was surprised to see an apparent tightening in a riding that has long been a Conservative stronghold. "I am dumbfounded," Mr. Brownsey said. "You've got Chris Turner and Harvey Locke doing damage here."

Ms. Crockatt, who won her party's nomination on the fourth ballot, is a well-known political pundit and former Calgary Herald newspaper editor. But her libertarian political views have alienated some local Tory supporters, Mr. Brownsey said, leaving an opening for opposition candidates to gain ground.

The urban riding is attracting the attention of federal party leaders this week, with both Interim Liberal Leader Bob Rae and NDP Leader Thomas Mulcair dropping in for public events with the local candidates. Conservative MPs Michelle Rempel and Blake Richards lent their support to Ms. Crockatt's campaign this week by door-knocking alongside the Tory candidate.

Liberal candidate Mr. Locke is a lawyer and conservationist who founded the Yellowstone to Yukon Conservation Initiative, a not-for-profit organization focused on maintaining a wilderness corridor from Yellowstone National Park to the Yukon, while Mr. Turner, the Green candidate, is a writer whose 2007 book The Geography of Hope: A Tour of the World We Need was nominated for a Governor-General's literary award.

Melanee Thomas, who lives in the riding and teaches political science at the University of Calgary, said she wasn't entirely surprised to see Ms. Crockatt's support in the low 30-per-cent range, which is where the Conservatives poll nationally. "I've seen the Green Party in the media and what appears to be an organized NDP campaign," she said, adding that Ms. Crockatt appears to be relatively less visible than candidates from those parties.

A member of Ms. Crockatt's campaign team said the Tory candidate was in back-to-back events Tuesday afternoon and unavailable to comment on the poll.

One Calgary pollster has set up an online campaign he hopes will help unite those who don't want to vote Conservative under the umbrella of a single opposition candidate. Brian Singh said his website will conduct an online poll on Nov. 22 and report the results to allow strategic voters to pick the candidate they think has the best chance of beating Ms. Crockatt on election day.

"The basic premise is that on election day there's only one winner. We can choose to have all three [opposition candidates] lose or we can … get one over the line," he said.

The Calgary vote will take place on Nov. 26, along with by-elections in Ontario's Durham riding and Victoria. The Forum Research poll puts Durham Tory candidate Erin O'Toole ahead at 42 per cent, and Victoria NDP candidate Murray Rankin is leading in his riding with 47-per-cent support, according to the poll. 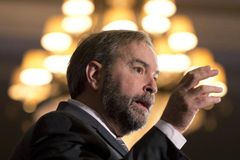 Explainer
Everything you need to know about the three federal by-elections in one post
October 25, 2012 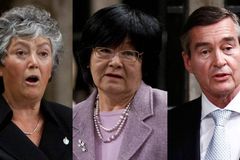 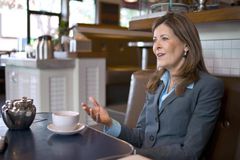