The federal government will require older-model tank cars used for shipping crude oil to be phased out within three years, part of a package of reforms aimed at tackling the dangers of moving volatile crude by rail.

Ottawa will also ban the use of about 5,000 of the least crash-resistant cars for hauling dangerous goods in Canada and require new emergency protocols for all shipments of crude and ethanol by rail. The changes stem from recommendations by the Transportation Safety Board, which is investigating the causes of the deadly July rail accident in Lac-Mégantic, Que.

The new rules were welcomed by municipalities and first responders, but the timeline for removing older tank cars from the system is raising questions about how shippers and railways that often move goods between Canada and the U.S. will adapt.

Under the new rules, older-model DOT-111 tank cars that have been criticized as prone to puncture and gas buildup will not be allowed to haul crude oil and ethanol in Canada after May, 2017. Instead, the industry will have to use newer or retrofitted tank cars that have thicker steel and top-fitting protection to comply with the change.

In addition, tank cars that lack proper reinforcement on the bottom shell will no longer be permitted for moving dangerous goods after May 23 – an accelerated phase-out period that will apply to about 5,000 of the DOT-111 tank cars currently in use.

However, some in the industry felt the three-year phase out period for older tank cars is too long. Unifor, which represents about 12,000 rail workers, called for an immediate moratorium on shipping crude oil in older-model tank cars. "Canadians want to see decisive action coming out of Lac-Mégantic," the union's rail director, Brian Stevens, said. "This doesn't change the landscape at all – or minimally – for the next three years."

Transport Minister Lisa Raitt acknowledged on Wednesday that the new rules mean Canada is moving ahead of the U.S., which is reviewing its own on DOT-111 tank car standards but has not come up with a timeline for producing new regulations.

Ms. Raitt said Canada generally strives to harmonize regulations with the U.S., but added, "On this one, we can move faster and we will move faster." She said Canada could adopt even more stringent rules for tank cars in the future, once the U.S. comes up with a new set of standards, but would not wait for those rules to act.

The Railway Supply Institute, which represents companies that build, own and lease a majority of North American tank cars, issued a statement on Wednesday that hinted at concern over a possible difference in regulations. Tom Simpson, the institute's president, said manufacturers and lessors voluntarily switched to better tank-car standards in 2011. But he added that harmonization between Canadian and U.S. regulations is "critical" to maintaining a viable transportation system.

Other changes announced on Wednesday include the requirement for emergency-response protocols for all shipments of crude oil and ethanol, a rule that is expected to result in the placement of foam trucks and other specialized equipment along the tracks used to move those goods by rail. Emergency-response plans will also be required for gasoline, diesel and aviation fuel.

Ms. Raitt said a task force will be created including municipalities, first responders, railways and shippers, aimed at strengthening emergency response capacity across Canada, and could look at requiring additional emergency plans for other flammable liquids.

The government is also bringing in new rules requiring railways to conduct risk assessments of the routes they use to move dangerous goods, and speed reductions for dangerous goods moved through Canada.

A Canadian National spokesperson said the changes are generally in line with the company's views on improved tank car safety and CN's new operating practices for dangerous-goods trains. Canadian Pacific said Wednesday that the company was still reviewing the changes and was not yet prepared to comment.

Wendy Tadros, chair of the Transportation Safety Board, said in a statement that the agency would continue to review the new rules but is encouraged by the "strong response" to the TSB's recommendations. 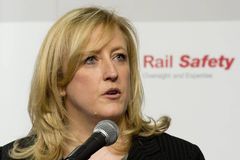 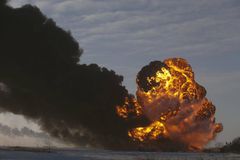