As she stood in the regal Red Chamber for the first time as Governor-General, Julie Payette addressed the dignitaries in the room in French and English.

Then, she spoke in Algonquin.

"I would like to salute members of Indigenous nations present here and all of those who are listening," she said.

It was a symbol of Ms. Payette's dedication to the cause of reconciliation, one of the top priorities for the 53-year-old former astronaut as she begins her tenure as the 29th Governor-General of Canada.

"Reconciliation must succeed for the well-being of our communities and for the future of our children," she said, as her 14-year-old son, Laurier Payette Flynn, looked on.

In a 20-minute speech delivered without notes, Ms. Payette focused on the importance of science, collegiality and Canada's First Nations as well as tackling complex global issues such as climate change, migration, nuclear proliferation and poverty. She drew on her own personal and professional experiences, describing how, as a young Montrealer, she once dreamed of being an astronaut, and later went on to fly two missions to space during a 21-year career.

"I'm a true believer in the strength of teamwork, in the power of dreams," Ms. Payette said.

"This is exactly the backbone of this country, this is our fabric. I am convinced that anyone can accomplish anything."

Ms. Payette also spoke about her own family's connections to First Nations, including her ancestors, who were guided through the Canadian landscape generations ago. "They taught us to fight the cold and survive in it, how to appreciate the gifts of nature, and they taught us about community," Ms. Payette said.

"It is a good thing that we finally decided to listen again to their wisdom."

Prime Minister Justin Trudeau attended Ms. Payette's installation with his wife, Sophie Grégoire Trudeau, and members of the Liberal cabinet sat at a red-clothed table in the centre of the chamber.

In his speech, Mr. Trudeau praised Ms. Payette's dedication to science and called her "a team player, a trailblazer and a pioneer who proved to boys and girls, men and women across this great country that the sky was, in fact, not the limit."

"As an agent of change and a powerful voice for progress, Canada's two-times extraterrestrial will bring a new perspective on Canada and its place in the world," Mr. Trudeau said.

"I look forward to working alongside Her Excellency as she continues to go where few others have gone before."

Perry Bellegarde, the National Chief of the Assembly of First Nations, praised Ms. Payette for inserting a few phrases in Algonquin into her speech. Ottawa is located on the traditional territory of the Algonquin people.

"I thought that was awesome. She spoke the language of the territory and talked about the importance of reconciliation," Mr. Bellegarde, who attended the swearing-in ceremony, said during a telephone interview. "She speaks from the heart and that's how a lot of First Nations have been trained. So she's off on a good foot."

Ms. Payette, a former scholar at the Woodrow Wilson International Center for Scholars in Washington, also spoke about the importance of scientific research.

"Trust science, believe that innovation and discoveries are good for us, and make decisions based on data and evidence," Ms. Payette told the room.

"We should continue all the time to look out for those who have less, to stand for those who can't, to reach out across differences, to use our land intelligently, to open our borders and welcome those who seek harbour, and never, ever cease to be curious, ask questions and to explore and search."

After the ceremony, Ms. Clarkson said Ms. Payette, who is now the fourth woman to hold the position, is an "excellent choice."

"We've never had anybody who's a scientific person, and who's an engineer and who has that kind of point of view. It's very, very important," Ms. Clarkson said.

"It's terrific to see another woman in the role. We've got to catch up." 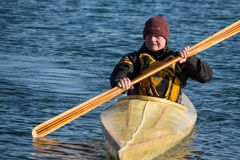 Governor-General David Johnston bids Parliament ‘adieu’ with wife Sharon at his side
September 28, 2017 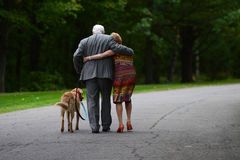 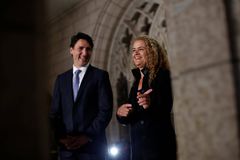