Provincial welfare changes in the Conservative government's latest budget bill are prompting fear that refugee claimants will lose access to social assistance and the cash-strapped groups that house and feed them may be unable to keep their doors open.

The changes are shaping up to be the most controversial aspect of the government's second budget bill of the year, a large piece of omnibus legislation that affects a wide range of Canadian law.

The budget bill includes changes to the Federal-Provincial Fiscal Arrangements Act that would allow provinces to set minimum residency requirements for refugee claimants before providing them with social assistance. Under the existing law, provinces could have federal transfers clawed back for such a move.

The change is part of a broader push to crack down on what the government says are "bogus asylum seekers." It follows a similar move related to the denial of health-care benefits that was struck down this summer in Federal Court as "cruel and unusual punishment" and unconstitutional. Ottawa is appealing the decision.

The Canadian Council for Refugees and Canada Without Poverty condemned the bill's changes Tuesday.

Janet Dench, the executive director of the Canadian Council for Refugees, said many groups that provide basic services for refugees are funded through fees charged to refugees that are paid with money from social assistance. These groups also help refugee claimants find housing and make their claims.

Even under current conditions, she said many support groups have a hard time making ends meet.

"I don't know how they're going to survive," she said in an interview. "What are you going to do if you've got a family of a mother and several children who arrive in your office and say 'Here we are. We've made a claim. How can you support us?' You don't have any way of suddenly coming up with money to replace the social assistance. How are they going to live? How are they going to feed themselves?"

Immigration Minister Chris Alexander defended the changes during Question Period in the House of Commons Tuesday. He focused his comments on the fact that accepted refugees would not be affected, but did not discuss the impact on refugee claimants.

"Refugees are absolutely unaffected by the measures in the bill," he said. "We are simply establishing the authority for provinces to have a minimum residence time in the country for categories of persons, not including refugees, should they wish to use it. It is a provincial jurisdiction. We respect that."

A spokesperson for Mr. Alexander said the changes are expected to save money.

"Canada has the most fair and generous immigration system in the world. However, Canadians have no tolerance for those who abuse our generosity and who take unfair advantage of our generosity," said press secretary Kevin Menard in an e-mail.

Debate on the Bill C-43, the budget bill, is scheduled to begin Wednesday. Opposition MPs were offered a private briefing from government officials Tuesday evening.

NDP finance critic Nathan Cullen said passing so many unrelated measures via an omnibus bill "on steroids" prevents MPs from giving the changes proper scrutiny. He said the bill contains good, bad and "ugly" changes and listed the refugee provisions as the most offensive.

"Taking a refugee claimant and their family off of social assistance is robbing them of the most basic human needs: housing, food for their families," he said. "Anyone who's been on social assistance can tell you, no one gets rich off of it. So where does this come from? It has an element of cruelty." 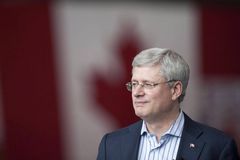 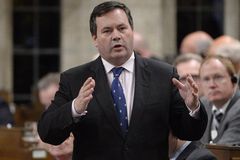 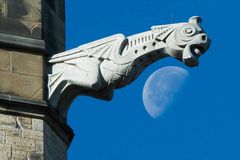 Canada got it right on immigration. Now it’s time to lead on refugees
Subscriber content
July 8, 2014