It has taken no time for the opposition in Ontario to try to exploit Premier Kathleen Wynne's cozy relationship with Justin Trudeau – and it involves the expansion of Billy Bishop, Toronto's island airport.

This week, Progressive Conservative MPP Monte McNaughton, the Official Opposition's economic development critic, pushed Ms. Wynne in the legislature to use her new clout with the Prime Minister to reconsider his government's decision and allow jets to fly out of Billy Bishop.

"I think that Kathleen Wynne and this government should lobby their friends in Ottawa," he says. "Essentially Kathleen Wynne was the campaign co-chair [in the recent federal election] for Justin Trudeau and she should stand up for Ontario and Ontario jobs."

(His joking reference to her as "co-chair" of the Trudeau campaign referred to her aggressive support for the Liberal Leader during the election campaign.)

He says the expansion is a "no-brainer" for the province. But he fears it and the federal government are ignoring the economic case and, instead, playing politics, by listening to downtown Toronto MP Adam Vaughan, an outspoken critic of the airport expansion.

Mr. McNaughton says he has heard stories the federal government quickly shut down any chance of expansion to appease Mr. Vaughan for not naming him to cabinet.

"I think Adam Vaughan has influence over this Prime Minister …," he says. "I don't think it's right that the Prime Minister and the province are listening to Adam Vaughan. They should be concerned about the jobs and investment this expansion would bring."

Mr. McNaughton says the expansion would mean $250-million a year in economic activity for Toronto, and 2,000 new jobs. He also notes that Porter Airlines, which flies out of the island airport, signed a $2-billion deal with Bombardier for up to 30 of its C Series "whisper jets." He said that Porter could also fly to Vancouver and the Caribbean if the expansion, which would require the runway to be expanded by half a kilometre, were allowed.

The Wynne government has repeatedly said it has nothing to do with the issue; it is a matter between the federal government, the city of Toronto and the Toronto Port Authority.

Earlier this month, and just a week after being sworn in to cabinet, Transport Minister Marc Garneau quickly tweeted his decision: "I confirm that GofC position is same as LPC commitment: we will not reopen tripartite agreement for YTZ."

He gave no reasons or an explanation why he wouldn't even wait for the studies on the effect of jets and the expansion of the runway to boaters, the harbour, noise levels and the environment.

Last Friday, Mr. McNaughton wrote to Mr. Garneau, calling on him to reconsider his position, and to wait until the studies are released in early 2016. "I urge you to remain open to the proposal until after receiving and reviewing the findings," he wrote. Mr. Garner has not responded.

For his part, Mr. Vaughan dismisses any suggestion that the quick tweet by Mr. Garneau was designed to mollify him for not being appointed to cabinet.

"We made a very firm commitment based on the understanding the waterfront is more than just a question of how loud a particular jet is," he said about his government's decision to shut down the debate.

"… We weren't going to reopen and redirect billions of dollars in infrastructure all for one play on the waterfront," he said.

Giving elected male politicians permission to show their feminine side

Mr. Trudeau made headlines by appointing women to half of the posts in his cabinet – and this week at a breakfast at the Ontario legislature some prominent female politicians were asked what difference that makes.

"We want to have women's voices at the table because the conversation changes," Ms. Wynne said to the women attending the event held by Equal Voice, the non-partisan organization advocating for more elected women. She explained when she was first elected to the legislature in 2003, the Liberals had not dealt with issues around poverty. She was astounded, and so were other women in the caucus, especially when they heard from some of their colleagues that "poor people don't vote."

"It was women in caucus, in our government, that pushed the notion of poverty reduction," she said. "I'm not saying that we've been able to solve the problem, but we at least made it part of our discussion and now in 2015 we won't have a policy discussion without talking about poverty …"

Ontario Treasury Board President Deb Matthews went farther: "It opened up the inner feminine side of a whole lot of men," she explained. "It somehow gave men … permission to say, 'I am not OK with the status quo.' " 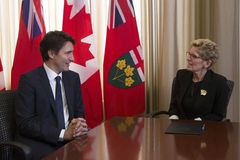 Liberal opposition to jets at Billy Bishop airport a blow to Bombardier
March 22, 2018 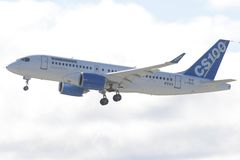 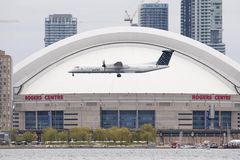