For years, the Temple Har Zion and the Imam Mahdi Islamic Centre (IMIC) have been neighbours, even sharing a parking lot, in Thornhill, Ont. Now, the unlikely partners are about to share a major responsibility – sponsoring a group of Syrian refugees.

The religious institutions have united to privately sponsor Syrian refugees to resettle in Canada. Together, they are pooling their resources to raise a target of $60,000 in the next couple of months.

"It brought us together in a way that nothing else has," Mr. Weiss told The Globe. "The more we learn about each other's religion, the more we realize we have in common."

Alireza Torabian is co-chairing the sponsorship efforts at the mosque with Afsaneh Baigi. Mr. Torabian says the partnership sets a good example for other Canadians.

"We are very proud that we can start a project and show Canadians that different cultural groups and religions can work together in Canada on the same common cause," he said.

Given their proximity to one another, there has always been a relationship between the synagogue and the mosque, but last fall, Mr. Weiss and the imam of the IMIC, Seyed Reza Hosseini-Nasab, met to get to know one another better.

In December, the synagogue decided it wanted to sponsor Syrian refugees and reached out to the mosque, which happened to be considering refugee sponsorship too.

The organizations teamed up and are now working with their refugee sponsorship agreement holder, Jewish Immigrant Aid Services (JIAS) in Toronto, which will help with the process once enough money is raised.

JIAS language and settlement director Lia Kisel said this is the first time she has worked with two religious institutions on refugee sponsorship.

"It makes you feel very proud because bridges are being built," Ms. Kisel said.

The sponsors' fundraising effort officially launched more than a week ago, when the organizations held a joint event at the synagogue.

Immigration Minister John McCallum, who attended the launch, said it was refreshing to see two religious groups who are "enemies" in some parts of the world working so closely together.

"I went to the mosque, spoke to them and then just walked across the parking with lot with maybe 50 to 100 Muslims into the synagogue, and there were maybe 50 to 100 Jews waiting there," Mr. McCallum told The Globe. "It makes you quite proud to be a Canadian."

The two organizations have raised more than $13,000 combined to date. According to JIAS, it costs about $27,000 to support a refugee family of four, and they suggest a $3,000 buffer for unexpected costs.

The synagogue and mosque are hoping they can raise a combined $60,000 through fundraising events, private donations and their respective CanadaHelps.org fundraising pages.

Once the financial commitment is met, the mosque and synagogue will work together to select the Syrian refugee families they hope to sponsor from a list JIAS has complied.

Andrew Hazen, a temple volunteer co-ordinating the refugee sponsorship efforts with fellow co-chair Marty Ginsherman, says the synagogue and mosque are not picky about who they sponsor, and are prepared to sponsor one large family as opposed to two if needed.

"We have to be flexible," Mr. Hazen said.

When the newcomers land in Canada, they're in for a resettlement experience like no other, with the synagogue and mosque bringing different support systems to the table.

"The mosque, obviously if we have a Muslim family, brings cultural similarities that they can share," Mr. Weiss said. "Whereas we bring … a chance to show people who grew up in a country that may not have been so kind to Jews over the years, that we're normal people and we want to help."

The organizations will also draw on their communities to donate furniture, find housing and identify social services for the newcomers.

The sponsors are required to financially and emotionally support the Syrian refugees for one year.

The synagogue hopes the sponsorship effort will inspire other faith groups to consider similar partnerships.

"We hope that this is an idea that will spread," Mr. Weiss said. "But also that more communities like ours will get together, not only to do social action projects and to help repair the world, but to get to know each other." 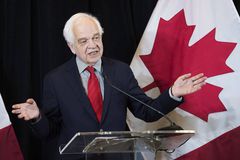 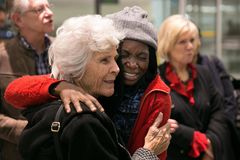