So much for the honeymoon. The morning after the election, a reporter asked Stephen Harper whether he would push forward with a hard-right "radical agenda" now that he had a majority government. The Prime Minister shrugged.

"One thing I've learned in this business is that surprises are generally not well received by the public," he replied. But there's another thing he has learned.

Mr. Harper has become a successful Prime Minister not by dragging Canada to the right, as so many critics allege. He succeeded because he understood the Canada that is becoming, and shaped his party and policies to fit. He saw the Canada that his opponents couldn't see.

Former Alberta premier Ralph Klein loved to say the secret to political success lies in figuring out where the parade is going, then getting in front of it. The Canadian parade is heading from east to west, from European to Asian, from rural to urban, from expecting more from government to expecting less, from multiparty politics to two-party politics (maybe 2½).

The Conservative Party is now at the vanguard of that parade. Seventy-three of its MPs come from Ontario, even as it shifts from being an eastern party to a western one; Tories won most of the ridings with large numbers of Asian immigrant voters; its base of power is now greater in Toronto, Vancouver, Ottawa and Calgary.

And as Mr. Harper and his party moderated and honed their views, they distilled a simple but politically compelling message: The federal government is there to protect your job, to protect your earnings and to keep you safe. It won't do much else because you don't want it to.

This is the message that will guide this majority government. By the end of the decade, this attitude may well be even more entrenched, whether or not Mr. Harper is still Prime Minister. It could take that long to develop a credible alternative government, one that is also western-oriented, attractive to urban immigrants, but populist progressive rather than populist conservative.

If so, then the contest at the national level may be between two broad-based political parties, one of the centre-right and one of the centre-left, each fighting for the votes in between. That has always been the political dynamic that Stephen Harper believed was best for Canada, and for his party. It may end up being his ultimate legacy.

May 2 may go down in history for something more important than the day the Conservatives won a majority. It was the election in which Ontario voters decoupled from Quebec and Atlantic Canada, and joined the West. They voted for a party from the West, led by a Westerner and embracing a Western ethos. This is seismic. "The geopolitical centre of the country has shifted west," said Preston Manning, who as leader of the Reform Party helped to lay the groundwork for that shift. "The Ontario-Quebec axis - the Laurentian region, some people called it - has now shifted to Ontario and the West working together."

During most of Canada's history, opinion shapers in Toronto, Montreal and Ottawa debated national priorities among themselves within the Liberal Party, which was almost always in government. The consensus often resulted in some new national program, such as the proposals to help with university tuition, child care and home care that formed the core of Michael Ignatieff's platform. But that approach no longer resonates with Ontario voters, who abandoned the Liberals in droves. Less than a decade ago, almost every seat in Ontario was Liberal. Today, only 11 are.

Matthew Mendelsohn thinks he knows why. Mr. Mendelsohn heads up the Mowat Centre, a think tank at the University of Toronto dedicated to Ontario issues. "When parties come forward and say, 'We've got a big new national program to offer you,' say, on daycare, Ontarians are now very skeptical, much like people out west," he believes.

As the oil patch emerged as a new economic hub and Asian markets rose in importance, Ontario businesses increasingly looked west for markets and investments. And with unemployment a major worry and both the Ontario and federal governments running deficits, many workers in Canada's most populous province preferred the more minimalist Conservative alternative of lower corporate taxes and a quickly balanced budget, with modest help for low-income seniors and little else.

That platform appealed also to immigrant Canadians, most of whom now come from Asia. In fact, the Tories made their biggest gains in the immigrant-dominated ridings surrounding Toronto and Vancouver.

Brampton was especially fertile. The city on the northwestern edge of Toronto has a booming population of 434,000, 48 per cent of whom are immigrants. In the 2008 election, all four Brampton ridings went Liberal, as they always had. All four went Conservative last Monday.

"The new Canadians who come here are entrepreneurial, they're risk-takers," Brampton Mayor Susan Fennell observed. "The notion that people who come here are immediately reliant on government services is 100 per cent the opposite of the truth."

But it wasn't just urban immigrants who voted Tory. Suburban voters, especially, backed Stephen Harper so heavily that the Conservatives are now the dominant party in every Canadian city from the Ottawa River to the Pacific. "The age-old arithmetic of how federal governments work has shifted, probably for the first time since Confederation," Naheed Nenshi, Calgary's new mayor, believes. The new arithmetic, Mr. Nenshi said, suggests that "the key to winning a majority government runs right through the big cities of this country."

This realization was the key lesson in the education of Stephen Harper. The Reform Party, in which he began his political career, had its roots in rural Canada. But Mr. Harper has finally managed to build the Conservatives into an urban powerhouse. He used the economic stimulus program born out of the 2009 recession to repair urban infrastructure. He proposes to make the municipal share of the gasoline tax permanent through legislation. He has promised to sit down with the Federation of Canadian Municipalities to discuss permanent federal funding for municipal infrastructure.

And when the Tories promise to keep more offenders in jail, it is people walking along city streets at night who are most grateful, especially in Western Canadian cities where crime rates are significantly higher.

This won't be enough for people downtown in big cities, who want all levels of government to spend more on assisted housing, public transit, cultural industries and help for the poor. Here, the Liberals and NDP continue to take seats. But it may suffice to convince the suburban middle classes - which make up the urban majority - that the Conservatives will pay attention to cities without sticking them with the bill for downtown megaprojects.

Promising smaller government that nonetheless focuses on the needs of the middle class and immigrants got Mr. Harper his majority; these will be his governing priorities. Critics warn of a slash-and-burn agenda, but that won't happen. Mr. Harper realized that Canadian core social values are shared across region and class. He promised to increase transfer payments to provinces for public health care; he is likely to keep that promise. He promised to protect equalization funding for poorer provinces; he is likely to keep that promise too.

There will likely be nothing on abortion or gay rights or capital punishment because he would lose the support of his new urban political base, and his majority along with it.

What will you see? You'll see regional economic development programs slimmed down. You'll see other federal funding designed to prop up this or encourage that slimmed or axed.

The Conservative legacy by 2020 will be a more modest federal government.

There will be strains. While Quebec nationalists will welcome less intrusion from Ottawa, they will also note the province's growing isolation from a country focused on the West, in which Ontario no longer acts as honest broker. This could once again stoke the fires of separatism.

And many Canadians will want Ottawa to play a more progressive and active role in the life of the nation, the sort of role that Liberal governments once played. These are the people who continue to wait for a national child-care program, 20 years after the Liberals first promised it. They want to see medicare extended to pharmacare. They want the Canada Pension Plan to ensure that no senior ever lives in poverty.

These remain Liberal priorities. But the Liberals are now the third party in the House, and third in the popular vote. Getting back to first will take a long walk. Meanwhile, the NDP is the Official Opposition, and the dominant political voice in Eastern Canada. Already some are calling for the two parties to merge. But it took a decade for the factions of the right to unite after the Progressive Conservative Gotterdammerung of 1993. It could take at least that long to resolve the schisms on the left.

Eventually, though, a governing alternative to the Conservatives will emerge, "though whether it's the Liberals or the NDP is another question," says Richard Haskayne, the veteran Calgary oilman who has watched and fought for the rise of the West within Canada for decades.

Either the left in Canada splits in half, or the right does, he points out. The stability of polarization is the one thing federal politics never seems to achieve.

But whatever the next governing party looks like and however many elections it takes to emerge, there is one thing we do know: By then, Stephen Harper's Canada will have been around for a while.

John Ibbitson is The Globe and Mail's Ottawa bureau chief

Opinion
Fear and loathing among the eastern elites
May 7, 2011
Opinion
The man who remade Canada's political landscape
May 7, 2011 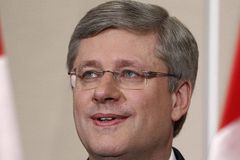 Conservative majority will change how Ottawa operates
May 6, 2011 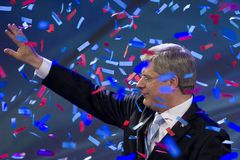 Opinion
The Tories stomped us, but we shouldn't make sour grapes into whine
May 6, 2011 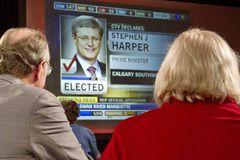 Her Majesty's Loyal (orange and pink) Opposition
May 6, 2011 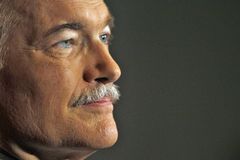 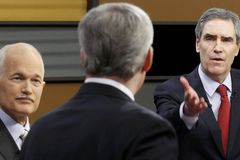 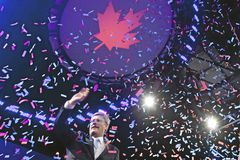 Opinion
Here's why Stephen Harper really won
May 5, 2011
Follow John Ibbitson on Twitter @JohnIbbitson
Report an error Editorial code of conduct
Due to technical reasons, we have temporarily removed commenting from our articles. We hope to have this fixed soon. Thank you for your patience. If you are looking to give feedback on our new site, please send it along to feedback@globeandmail.com. If you want to write a letter to the editor, please forward to letters@globeandmail.com.
Comments