The National Research Council, which gave the country canola and the atomic clock, will now be taking its scientific cues from Canadian industry as part of a makeover of the country's flagship research labs.

The overhaul, quietly begun two years ago and formally unveiled Tuesday, means the 97-year-old NRC will focus on a clutch of large-scale, business-driven research projects at the expense of the basic science that was once at its core. The Conservative government says it wants to leverage the NRC's world-class resources – everything from wind tunnels and ice tanks to high-powered microscopes – to help reverse the country's chronically lagging innovation performance.

"Our businesses are not doing the research that they need to do," Gary Goodyear, the minister of state for science and technology, told reporters in Ottawa. "So something had to be done."

The move is in keeping with the Conservative government's emphasis on a business model for public policy, such as tying foreign aid to economic development. It is also another significant foray into the science file, with critics saying the new approach is shortsighted and may shut the door on vast areas of promising fundamental research.

Mr. Goodyear insisted the government isn't abandoning basic science, just shifting its focus to commercializing discoveries. "The day is past when a researcher could hit a home run simply by publishing a paper on some new discovery," he said. "The home run is when somebody utilizes the knowledge that was discovered for social or economic gain."

As part of the overhaul, the NRC is consolidating its disparate operations into a dozen business units and will focus on just five core areas of research: health costs, manufacturing, community infrastructure, security, and natural resources and the environment. Companies, or industries, will be able to tap the NRC's expertise and labs, while sharing the cost of projects – as well as the intellectual property that results.

"Our job is to change innovation performance," NRC president John McDougall explained in an interview. "So we have to do the things that will make that happen. Discovery science is necessary, but it's not sufficient."

Mr. McDougall, an Alberta-bred engineer and businessman, said that while no country has the magic solution to driving innovation, the changes announced Tuesday will help "industry go places they wouldn't go on their own."

Some critics say Ottawa is essentially turning the NRC into a for-hire research organization, a suggestion Mr. McDougall denied.

"You can't convert a government research agency into a contract research organization," warned Peter Morand, former dean of science and engineering at the University of Ottawa and a past president of the Natural Science and Engineering Research Council. Instead of collaborating with universities, the NRC will be competing with them for lucrative private-sector contracts, he warned.

While the transformation of the NRC furthers the government's agenda of targeting research toward economic outcomes, it worries those who say the country's strength in basic science will suffer.

"It's a very sad day for science in Canada," said David Robinson of the Canadian Association of University Teachers, who added that the NRC "was established to develop Canada's basic research capacity and did perform admirably."

Canada isn't alone in trying to find the right balance between basic and applied research as countries struggle to speed the translation of research toward economic ends. U.S. President Barack Obama, for example, is pushing for more near-term results from federally funded research in his 2014 budget.

A closer comparison for Canada, in light of the NRC change, is Germany's Fraunhofer Institute, which calls itself Europe's largest application-oriented research organization. While supported by the German government, the institute getss roughly 70 per cent of its funding from outside contracts.

"We do need some system for moving knowledge from universities to society as a whole," said Adam Holbrook, associate director of the Centre for Policy Research on Science and Technology at Simon Fraser University. He added that the NRC can be positioned to play such a role, but added that too much focus on an immediate return on investment could be detrimental. "They've got to have a least some kind of eye on the medium-term future – beyond the next election," he said.

The changes unveiled this week stop short of the breakup of the NRC urged by a 2011 government advisory panel on science and technology, headed by Tom Jenkins, executive chairman of software maker Open Text Corp.

"It's a big first step," Mr. Jenkins said in an interview. "The government is now making it possible to do an assessment of what industry really wants and can make use of, and what they can't."

Two dozen quasi-independent institutes and labs across the country;

Conducting collaborative R&D projects with private industry, sharing the costs and the risks;

Closing NRC's medical imaging lab in Winnipeg, along with support facilities in Halifax and Calgary;

Opinion
I founded CIDA, but its death worries me less than Harper’s foreign-aid agenda
April 2, 2013 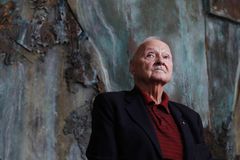 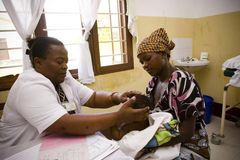 How the CIDA-DFAIT merger could affect the foreign aid budget
Subscriber content
March 28, 2013 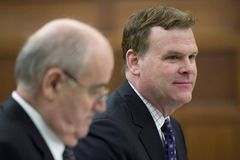