A small group of retired bureaucrats is earning up to $150,000 a year – in addition to pensions – teaching at the federal government's management school for public servants, internal records show.

The retirees can charge per diems of up to $760 to prepare and teach their classes at the Canada School of Public Service, with a median rate of $526 a day. On average, the 19 retired bureaucrats currently acting as faculty members earn $61,700 a year, usually for part-time work.

After 35 years of service, federal bureaucrats typically receive pensions worth 70 per cent of their salary, which adds up to a six-figure pension for many of the former executives who now teach at the school.

The school was created in 2004 to improve the expertise of Canada's public service with courses on topics such as leadership development, management skills and employee engagement. An external review slammed its contracting practices last fall, and it is now operating under the watchful eye of the Harper government, which is seeking better services at a lower price as it looks to trim government spending.

Hiring the retirees does not break any federal rules, but the salary figures obtained by The Globe and Mail have Treasury Board President Tony Clement, the minister responsible for the school, questioning whether the school is getting value for the money. The school has an annual budget of $100-million, offering services to 80,000 "learners" a year.

"Thanks to technology, there are many ways to access good training programs," Mr. Clement said in response to questions from The Globe. "Reasonably priced online courses, for example, are good enough for everyday Canadians, and I don't think government should be any different."

Mr. Clement has already expressed concerns awarding contracts to retired civil servants across the public service, calling for all deals worth more than $10,000 to be publicly posted on federal "proactive disclosure" websites as of April 1.

A letter obtained by The Globe shows that Mr. Clement has also decided to "revoke" the Canada School of Public Service's authority to enter into such contracts, giving himself the power to approve all new deals with retired civil servants.

"I have grown concerned about the possibility [of] inappropriate contracting with former public servants in receipt of pensions, either because contractors are being chosen preferentially or because contractors are being hired to provide work of dubious value," Mr. Clement said in the letter to the school dated Oct. 16, 2012. "I would like to personally review all such contracts before they occur."

In a statement, the school said that its per diems "are based on the level of complexity and expertise required. These rates were established using equivalency to rates of pay under the Public Service Employment Act for similar outputs." It confirmed that it has changed its internal procedures and is now submitting contracts with retired civil servants to the Treasury Board President for approval.

In an internal briefing note written after it received the minister's letter, the school argued that bringing in retired bureaucrats through the powers granted in the Canada School of Public Service Act was "a cost-effective way to hire faculty members." The school added that its hiring process gave it "flexibility" to find experts and adapt to "cyclical" changes in the field of training.

Mr. Clement's letter was sent to the school last year after he was informed of potential contracting irregularities. The federal institution was embarrassed by the recent findings of the federal government's procurement ombudsman, Frank Brunetta.

In a report released last month, Mr. Brunetta said his investigation found that the school wrongly directed contracts to favoured suppliers and rigged its processes.

After examining $1.7-million in deals with six consultants from 2008 to 2011, Mr. Brunetta found evidence of contract splitting, unfair evaluations and dubious contract amendments that failed to trigger the expected checks and balances.

"This does not appear to be a case of deficiencies with the school's procurement policy framework, but rather a case of key controls circumvented for specific contracts," Mr. Brunetta said in a release.

In a statement at the time of the report's release, Mr. Clement said the conduct was "unacceptable" and that the government would be "seeking appropriate sanctions against those responsible."

Opinion
Frugality once defined the civil service. It needs to be rediscovered
April 2, 2013 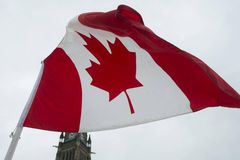 Opinion
Public-service perks are barnacles on the ship of state
March 21, 2013

Public-private income disparity is the dark side of the Sunshine List
March 29, 2013 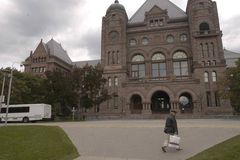 Civil-service layoffs were as painless as they could be, panel says
March 28, 2013 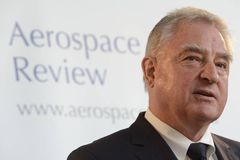 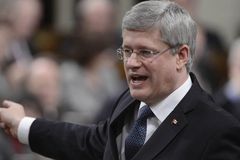 Even with proportional representation, some MPs just wouldn’t fit in
Subscriber content
March 28, 2013 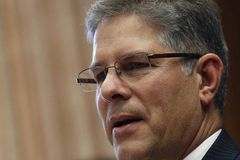