A review of charges laid against soldiers and civilians inside the defence community conducted after Russell Williams's arrest has raised troubling questions - concerns the military's top cop has told Forces brass to investigate further.

The Canadian Forces Provost Marshal told senior officials in July that figures analyzed by his office suggest Canada's defence community - soldiers and civilians connected to the military - has a "noticeably and disturbingly higher per capita rate of sexual violations against children, including child pornography," than the rest of the country's population.

Its findings have puzzled the military - and the report prepared by Provost Marshal Colonel Timothy Grubb's staff says as much, suggesting repeatedly that there may be differences from the civilian world in the reporting, investigating and recording of offences that are playing havoc with the Forces' figures.

"There is no evidence at this time to suggest either the Canadian Forces or the wider DND community harbours a higher percentage of offenders than elsewhere in Canadian society."

The report - which examined alleged offences in the years 2003 to 2009 - was obtained by The Globe and Mail under access to information law.

Military police were prompted to undertake the review of offences under their jurisdiction by Defence Minister Peter MacKay's office shortly after Mr. Williams was arrested and charged with murder and sexual assault. In February, two days after the former Canadian Forces Base Trenton commander was taken into custody, Mr. MacKay's office asked the Provost Marshal to provide statistics on criminal investigations involving Canadian Forces personnel.

Col. Grubb's office produced a more exhaustive report that looked at soldiers - all 65,000 regular force and 25,000 reserves - as well as the larger civilian community of defence employees and those work live and work on bases. The groups combined are referred to as the "DND community" and exceed 110,000 in number.

For the vast majority of crime categories, the DND community has a significantly lower incidence rate than the Canadian population, the report found.

Several glaring exceptions stood out, however - including sexual violations against children and child pornography.

Col. Grubb called for more probing of the numbers in a July note to Defence brass to test the "statistical significance" of the data. He said while there are possible explanations for the anomalies, "DND needs to be proactive and address these areas of concern and conduct an in-depth analysis to determine why the DND community appears to have a significantly higher per capita rate in these types of offences."

The military police say when it comes to child pornography, they simply have the scope to inspect more computers than civilian police who can't as easily gain access to private machines. "[DND]computers are frequently inspected for security breaches … during which time pornographic material may be discovered."

Military police suggest the "sexual violations against children" offence rate for the DND community is driven higher by assaults between teens at summer cadet training centres. Cadets are counted as part of the wider DND community and the report says 21 per cent of sexual offences MPs investigated in one recent summer, for instance, occurred at training centres.

There are gaps in the study where authors were unable to compare offence rates because of differences in data collection methods between Statscan and the military. Nonetheless, Major Paule Poulin with the Canadian Forces Provost Marshal office said the military is still studying whether the higher rates simply reflect different counting methods.

Military police, writing in the provost marshal's report, also attributed the higher per capita offence rate to a tougher regime for sexual offences. "Sexual offences, particularly those involving children, seem to enjoy a relatively higher rate of reporting than is sometimes found in the rest of Canadian society," the study said. It said victims are more assertive about reporting complaints to military police or the chain of command. 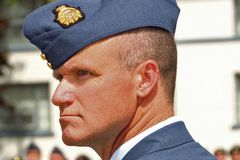 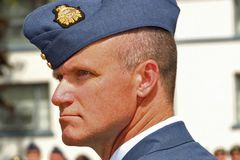