Federal Justice Minister Peter MacKay is calling on Rob Ford to get help after the Toronto mayor admitted publicly that he had smoked crack cocaine, an illegal drug.

But Mr. MacKay, whose Conservative government styles itself as tough on crime, declined to offer an opinion on whether Mr. Ford should step down. "That's not for me to say," he told reporters in Ottawa.

He also rebuffed a question on whether the Toronto politician should be charged.

"Clearly, those are matters for the provincial police force," he said. "I'm not in a position to direct the police. Those are beyond the purview of the Attorney-General and the Minister of Justice."

A number of Conservative MPs avoided comment on what has befallen the former ally of the Harper government. Mr. Ford endorsed Mr. Harper for prime minister and stood on a Greater Toronto Area stage during the last federal campaign to speak in support of the Conservative Leader.

On Tuesday, however, the Prime Minister's Office was coaching MPs to keep mum on the matter. Sources said that, if asked about the mayor, MPs were instructed to say: "I have nothing to add to your story. Let me know if you want to talk about job numbers."

Mr. MacKay said he was saddened by the news from Toronto.

"It's certainly a sad day for the city of Toronto, and I'm the Attorney-General of Canada, I'm the Justice Minister, you know where I stand on the use of illegal drugs. As a human being, I think that the mayor of Toronto needs to get help," the minister said.

Federal Industry Minister James Moore weighed in via Twitter, suggesting some Canadians are taking delight in Mr. Ford's misfortune and reproaching them for doing so. "Schadenfreude can be so incredibly ugly," Mr. Moore said via Twittter. "Particularly in the context of the disease of addiction."

Mr. Moore did not identify the mayor in his remarks. He did not comment on Mr. Ford when asked as he entered the House later that day.

NDP Leader Thomas Mulcair steered clear of the issue, saying Mr. Ford should do the "right thing," but did not say what that is.

Liberal Leader Justin Trudeau, whom Conservatives have taken to task over his admitted use of marijuana, declined to compare his situation with that of the Toronto mayor.

"I'm not going to politicize. I'm not going to look for a political advantage or defence in this. I have been honest and forthright in my own decisions, my political decisions. And I look forward to seeing Rob Ford get the help he obviously needs," Mr. Trudeau said.

Several Conservative MPs from the Toronto area declined comment, including Chris Alexander, Stella Ambler, Brad Butt and Eve Adams. So too did Finance Minister Jim Flaherty, a friend of the Ford family, who quietly mouthed "no comment" as he entered the House of Commons.

One Conservative MP, Stephen Woodworth of Kitchener, Ont., was asked about Mr. Ford in light of the party's comments about Mr. Trudeau's admitted marijuana use.

"I'm not familiar with what Rob Ford does. As a general principle, I believe people ought not to pollute their bodies. So if you ask me, should someone pollute their body, I would say no," he said, before being asked about the Conservative changes to drug penalties in the criminal code.

"Actually, you know, it's very important for politicians not to intervene in criminal prosecutions. And often politicians can be criticized if they attempt to direct the police. The police should be entirely above political interference."

Asked about Mr. Ford, B.C. Conservative MP John Weston said he had been in an unrelated meeting, "celebrating those who had been in recovery," not specifying from what.

"I think for me it's a strong message that Canadians have to be aware of drugs, and avoid them. But also, for those in recovery, to support them," he said, adding: "I'm not here to advise the mayor. I am here to say, in terms of health and fitness for the country, we as a nation need to get away from these problems and support those who are struggling to get out of their addictions."

"That's illegal, so it's up to the RCMP and Toronto on how they're going to handle that," said B.C. Conservative MP Mark Warawa, declining to say if he thinks the mayor should resign. "It' s not my place to say. I mean, it's an illegal act and it's disappointing that a mayor would be involved with illegal activities."

"It leaves a lot of people concerned in the city of Toronto. I think it's a sad day for our city, that we're in this situationWe've got a great town, and I think people want to move the city forward. It's hard to be dealing with all these crises," Ms. Nash said. Asked if Mr. Ford should step down, she said: "I think the people of Toronto deserve and need a full-time mayor who is going to be on the job, every day, devoting his full attention to the needs and the future of the City of Toronto." 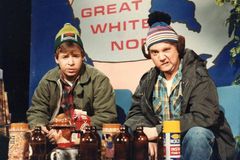 updated
Doug Ford's challenge to Chief Blair is out of line, police board members say
November 5, 2013 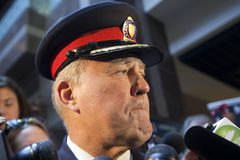 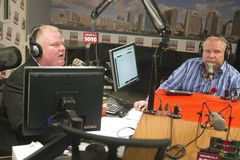 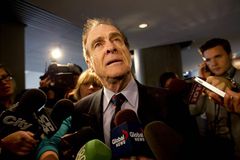 Follow Steven Chase and Josh Wingrove on Twitter @stevenchase @josh_wingrove
Report an error Editorial code of conduct
Due to technical reasons, we have temporarily removed commenting from our articles. We hope to have this fixed soon. Thank you for your patience. If you are looking to give feedback on our new site, please send it along to feedback@globeandmail.com. If you want to write a letter to the editor, please forward to letters@globeandmail.com.
Comments are closed