Early last spring, Mitt Romney dropped by Toronto's tony Granite Club to promote his new book to a group of about 800 at a private dinner.

It wasn't the first time the American presidential hopeful had courted a group of Canadians. From the summers of his childhood, when he holidayed on the Ontario side of Lake Huron and water-skied with the locals, to the days the firm he co-founded invested in major companies north of the border, Mr. Romney's ties here are many.

One guest at the Granite Club dinner was Larry Stevenson, founder of iconic Canadian book chain Chapters Inc. For he and Mr. Romney, the evening was a reunion of sorts. Before Chapters, Mr. Stevenson worked in the Canadian office of consulting firm Bain & Co., which was loosely tied to Mr. Romney's private equity firm, Bain Capital.

In the early 1990s, he was among a group of partners who tapped Mr. Romney to turn the flailing consulting company around.

"I have tremendous respect for Mitt. He was honestly probably the finest boss I ever had the chance to work with," Mr. Stevenson said in an interview. "If Mitt told you something, you didn't need it in a contract."

Mr. Romney's Canadian connection began in the early 1950s, when his father, George, built a modest cottage at Beach O' Pines near Grand Bend, Ont. The elder Mr. Romney, who worked as president of American Motors Corp. before he was elected governor of Michigan, brought his family there every July, celebrating American Independence Day, ironically, on Canadian shores.

Around town, the Romneys had a reputation as "down-to-earth people," recalled Bob Sharen, a local real-estate agent who served as reeve back then.

"They kept to themselves a bit, but they were never standoffish," he said. "People said if you happened to meet them on the beach, they were very nice."

Jennifer Winder, who lived down the street as a child, told a local newspaper in 2008 that young Mitt was an energetic boy who liked dreaming up ideas to make money.

"He had a great sense of humour," she told the Observer. "I always had a good time with the Romneys."

George Romney once quipped, in a speech to Toronto's Empire Club, that he was a "summer Canadian." In an unguarded moment, Mitt remarked during one of his father's political campaigns that he first spent July 4 in the United States at age 15.

Bain Capital, meanwhile, has made several business forays into Canada. As a buyout shop, Bain purchases companies and restructures them in hopes of selling the businesses years later at a profit. Although almost all of Bain's Canadian purchases were inked after Mr. Romney stepped down from the firm in 1999, a profit-sharing agreement he signed with Bain ties him to later deals.

Business, however, is not the only thing that kept Mr. Romney coming back. Once he had a family of his own, he brought them to Grand Bend. On one holiday that gained some notoriety during his previous presidential campaign, the family car was so packed that he bundled the family dog into a box strapped to the roof for the day-long drive from Boston.

Mr. Romney and his siblings – brother George Scott and sisters Lynn and Jane – still own the cottage.

They're even listed in the local phonebook. 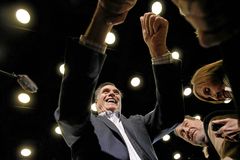 'And he speaks French!': Is Gingrich's latest attack on Romney desperate?
May 3, 2018 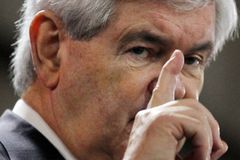 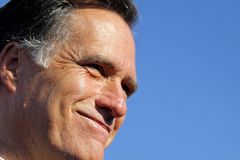 Follow Adrian Morrow and Tim Kiladze on Twitter @adrianmorrow @timkiladze
Report an error Editorial code of conduct
Due to technical reasons, we have temporarily removed commenting from our articles. We hope to have this fixed soon. Thank you for your patience. If you are looking to give feedback on our new site, please send it along to feedback@globeandmail.com. If you want to write a letter to the editor, please forward to letters@globeandmail.com.
Comments