Just after being elected federal Conservative Party interim leader, Rona Ambrose addressed the 33 new MPs in her caucus, warning them not to "underestimate the impact of this job on your relationship." She knew firsthand the challenges of balancing a love life and her career: Her marriage broke up a few years after she was first elected.

"It's hard for a young couple who think they can do it all and both people have big careers," she said about her marriage. Her then-husband was in the investment business in Alberta, and she was carving out a career in Ottawa. They were young, she said, and couldn't handle the stress.

"You're immediately disconnected by distance," she said in an interview at her Parliament Hill office this week. "If you can relocate your family, do it, so that when you go home every night, you are there with your kids, your spouse … because when all this is gone, that's who is going to be there for you."

Now, as leader of the party in the wake of its stunning failure in the October election, Ms. Ambrose is in a unique position to make politics friendlier for women.

One of the changes she has already made is to include spouses wherever she can. Her husband of six years, J.P. Veitch, a former professional rodeo cowboy, who works in the energy sector, is now the doyen of Stornoway, the mansion in Ottawa's Rockcliffe Park that is the official residence of the opposition leader.

"He has all of the women over to Stornoway [the spouses of MPs]," she says, noting that only two men have come over so far. "He takes care of everything that is Stornoway … organizes any kind of reception. He deals with all of the things spouses do and it's wonderful."

Elected to her new role last November by her caucus after Stephen Harper resigned following the Tory defeat, Ms. Ambrose, who has represented an Edmonton riding since 2004, will serve until a new leader is chosen in May, 2017.

At 46, she is a good counterpart to Prime Minister Justin Trudeau. Stylish, attractive and smart, she represents the right generation. She also has far more political experience than Mr. Trudeau, having held nine cabinet portfolios in the Harper government.

"I think this is a good fit for me," she says. "I'm an open person. I'm open to new ideas. But I'm also open to listening to people, and one of my jobs is to go across the country and listen to our members and create new connections."

It's a huge challenge. As national pollster Nik Nanos points out, Ms. Ambrose is "fighting a social media celebrity, a glad-handing celebrity who knows how to connect with voters." The latest Nanos Research poll shows that 50 per cent of Canadians prefer Mr. Trudeau for Prime Minister, compared to 15 per cent for Ms. Ambrose and 13 per cent for the NDP's Thomas Mulcair. Mr. Nanos characterizes Ms. Ambrose as the "interim brand of the new Conservative movement" and says she has to show that Conservatives have learned from the last election by listening to voters.

So far, she seems to be adopting that strategy. This weekend, she is touring the Maritime provinces, attempting to rebuild the Conservative brand after the entire Atlantic region voted Liberal in the October election. In addition, all four provincial premiers are Liberal.

Ms. Ambrose will meet the four Progressive Conservative Party leaders. She says this is the first time in 20 years a national Conservative leader and the four provincial leaders have met together.

"What I heard [during the campaign] is we need to be more open, we need to be talking to people more, listening more, building bridges with like-minded people," she said.

She has wasted no time putting her personal stamp on the leadership, such as reversing the Harper government's position by supporting an inquiry into murdered and missing indigenous women and girls. And she has repaired old relationships.

At a holiday party with the parliamentary press gallery, Ms. Ambrose set up a karaoke machine in the living room of Stornoway. She sang a few ballads, including the Kenny Rogers-Dolly Parton romantic duet, Islands in the Stream. She took the Rogers part and CTV's Richard Madan sang the Parton lines.

Ms. Ambrose was a hit. It was a rare and unexpected moment, especially for those used to nearly 10 years of a frosty government led by Mr. Harper.

For Ms. Ambrose, it showed off her vibrant personality – which is key for her now, as she tries to put a new face on the Conservative Party. 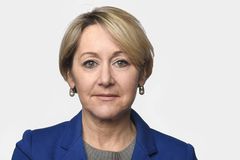 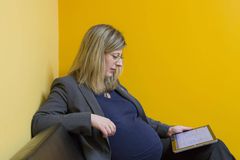