The G7 has not discussed inviting Russia back into the bloc and won't be doing so any time soon, says Canada's top representative to the group of countries.

Speaking to The Globe and Mail, G7 Sherpa Peter Boehm said Russia's involvement has not come up during recent meetings with his counterparts from the United States, France, Germany, Italy, Japan and Britain. Russia was suspended from the group of highly industrialized economies in 2014 over its annexation of Crimea. As a result, the G8 became known as the G7.

"There's no pick-up for that," said Mr. Boehm when asked if there had been any discussion about inviting Russia back into the G7.

A spokesperson for the Russian embassy in Ottawa said Russia sees more value in the G20 than the G7.

"We believe G20 is a more effective and adequate mechanism to face challenges of the modern multi-polar world, unlike G7 which belongs to the past. No vital international issue can be solved without such G20 members like Russia, China, India, Brazil and South Africa," said Kirill Kalinin.

Canada took the helm of the G7 presidency in 2018, which entails hosting the leaders' summit in the Charlevoix region of Quebec this June. Prime Minister Justin Trudeau announced the five themes of the presidency late last year: gender equality; climate change, oceans and clean energy; economic growth that works for everyone; preparing for jobs of the future; and building a more peaceful and secure world.

As a part of the gender equality and women's empowerment theme, the Liberal government is expected to focus on sexual– and reproductive-health rights – a policy area on which Mr. Trudeau and U.S. President Donald Trump have polar opposite views.

Although Canada won't "tiptoe around anything," Mr. Boehm said he doesn't think abortion will be a prominent discussion point during the G7 presidency.

"I don't see the discussions amongst leaders really focused on one single theme, particularly if it is a theme where it's clear that one or maybe more countries have a certain discomfort in discussing it," he said.

As a deputy minister of Global Affairs, Mr. Boehm oversaw the development of the government's feminist foreign-aid policy last year before taking on the G7 file full-time. He has acted as sherpa for five other G7 leaders' summits, including the 2013 G8 meeting before Russia was suspended.

He said that while Canada and the U.S. "part company" on certain social policy issues, including sexual– and reproductive-health rights, the G7 delegations seem receptive to the focus on gender equality. He said the U.S. is particularly interested in women's economic empowerment.

The group of seven sherpas met in Waterloo, Ont., last week to discuss the gender equality theme. Mr. Boehm said his colleagues welcomed Canada's plan to create a gender equality advisory council, announced by Mr. Trudeau at the World Economic Forum in Davos in January. The council, co-chaired by Melinda Gates and Canadian Ambassador to France Isabelle Hudon, aims to ensure that gender quality and women's empowerment are integrated across all aspects of Canada's presidency.

The G7 will also draw more attention to the differences of opinion between the Trudeau and Trump administrations on climate change. The United States is the only country that has not signed onto the Paris climate accord – an agreement the Trudeau government intends to weave into everything Canada does during its G7 presidency.

Mr. Boehm said G7 leaders are expected to discuss current geopolitical issues, such as the ongoing nuclear tensions with North Korea, unrest in Iran, and political and economic crisis in Venezuela.

"There are a lot of issues that are discussed and we don't necessarily agree on everything," Mr. Boehm said.

"But the beauty of these meetings is that it really allows for a full and frank exchange amongst leaders."

The leaders' summit will be held at a remote luxury resort in the town of La Malbaie, Que., located on the St. Lawrence river. Mr. Boehm said the RCMP, Canadian Armed Forces and Sûreté du Québec are working together to secure the area for the arrival of world leaders in June. He said organizers will also ensure space is made available for any peaceful protests that may occur during the meeting. 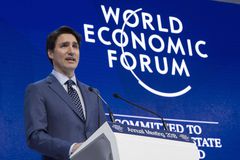