Ottawa's impending budget will introduce measures aimed at tackling the threats of Islamic State-style terrorism and Russian military aggression, which is increasing around the world, including in the Arctic.

Defence Minister Jason Kenney's promise of more money for the military comes as the Conservatives prepare for an election in which they will try to position themselves as the party best able to protect Canadian sovereignty, thwart attacks by Islamic terrorists and stand in defence of Canada's allies abroad.

It also follows mounting tensions between the Canadian government and Russia, which last week called Canada's decision to send 200 soldiers to Ukraine to train Kiev forces both "counterproductive and deplorable."

The budget to be tabled on Tuesday is expected to be relatively austere as the Conservatives meet a commitment to balance the books for the first time since 2007-08. Even so, the government has promised a significant investment in infrastructure. And it appears that the military is also in line for additional funding.

"In the long term, our commitment is clear that we will give the Canadian Armed Forces the resources they need to do the job that we ask of them, given the growing international security risks coming from jihadi terrorism around the world and this kind of new Russian aggression," Mr. Kenney told CTV's Question Period on Sunday.

"Obviously, the Canadian Forces are going to need adequate resources in the future and our government will deliver that," he said. "So stay tuned for the budget."

Any increase in defence spending would mark a turnaround from recent years.

The Conservative government bolstered funds for the Armed Forces and announced major new investments in military equipment in the first few years after it took power in 2006. But defence spending peaked in 2011 and has dropped significantly in the interim.

A recent report by Jean-Denis Fréchette, the Parliamentary Budget Officer, said the capabilities of the military will be reduced if it is not given more money to meet the government's ambitions.

The troops expected to arrive in Ukraine as early as June will be part of the second deployment into a combat zone announced in the past seven months. There are 69 special-forces personnel in northern Iraq, where one Canadian soldier was killed last month.

But, even as resources are being stretched, the Conservative government seems determined to take a strong stand against Russian President Vladimir Putin.

The Russians, said Mr. Kenney, have been making a show of their military strength all around the world, including in the North, where Canadian interests are at stake.

"I was recently at NORAD headquarters in Colorado Springs and the commanders there told me they have not seen the current level of Russian air-force activity over the Arctic for a couple of decades at least," said Mr. Kenney. "This is already the tempo of Russia, and I think the only kind of message that someone like Vladimir Putin understands is one of resolve, strength and deterrence – not weakness."

U.S. General Charles Jacoby, the former commander of NORAD, told The Globe and Mail in an interview last fall that his country believes the actions of the Russian President constitute a serious security threat. And a spokesman for Prime Minister Stephen Harper said last week that it is the Russians who are posing the greatest risk to peace and security in Ukraine.

Jack Harris, defence critic for the NDP, said it is obvious that the cuts to the Forces budget have affected the military's long-term ability to do the job being asked of it, so it is no surprise that the government would want to restore funding.

But nobody has said the activities of the Russians in the Arctic are a real threat, said Mr. Harris. "I don't think Canadians are looking to get involved in another arms race with the Russians."

Liberal critic Joyce Murray said the Conservatives promised in 2008 that there would be stable increases in funding for the military for the next 20 years but, two years later, started freezes, cuts and clawbacks.

Ms. Murray said she hopes the government will start rebuilding the defence budget, but "this is a government that promises certain funding, has that funding approved by Parliament, and then deliberately claws it back."

Munk Debates: Be it resolved the West should engage, not isolate Russia
Opinion
The Soviet Union didn’t die 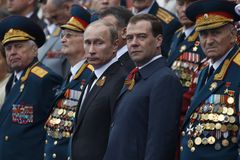 Pro-Russian journalist gunned down in another Ukraine shooting 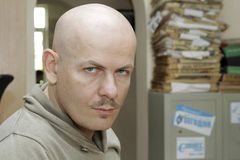