The Saskatchewan government says "no" is not an option for marriage commissioners who are unwilling to wed same-sex couples.

At least one commissioner says the province will have to fire him if that's the case.

Justice Minister Don Morgan says marriage commissioners are getting letters informing them about a decision by the province's top court. The Saskatchewan Court of Appeal ruled last week that religious beliefs cannot be used as a reason to refuse to marry same-sex couples.

Morgan says the commissioners must follow the ruling or lose their job.

"They'll have to make a decision: either they comply with the ruling or alternatively they surrender their licence. In the event that they don't, and they're contravening it, then we would of course take steps to terminate their appointment as a commissioner," Morgan said Tuesday.

There are just under 400 marriage commissioners in Saskatchewan. Three or four have already said they may quit over the ruling, but Larry Bjerland - who had intervener status in the case - said he'll have to be fired.

"Why would I quit? I have no reason to quit. I'll still be authorized to marry people up until the day that I get fired and that's what I'll do."

The Appeal Court had been asked by the government to rule on a proposed law that would have allowed commissioners to cite religious grounds for refusing to marry gays or lesbians.

The court was asked to consider two options: allowing all marriage commissioners the right to refuse or including a grandfather clause that would allow commissioners appointed before November 2004 to say no.

But the five-judge panel said both options would be unconstitutional and would amount to discrimination because they would violate the equality rights of homosexuals.

The proposed law was drafted after a conflict arose when commissioner Orville Nichols, a devout Baptist, refused to marry a gay couple in 2005.

The two men laid a discrimination complaint with the Saskatchewan Human Rights Commission. The case went before the human rights tribunal, which ruled in 2008 that Nichols discriminated against the couple. It found that, as a public servant, he was obligated to marry the couple once they approached him.

Nichols, who has been a marriage commissioner for almost 30 years, was fined $2,500. He is still challenging that before the courts.

Morgan said the government has concluded there are no grounds to fight the Appeal Court's decision on the proposed law. There's no reason to think the Supreme Court would render a different ruling, he said.

And, he added, no other workable options have been found.

There were suggestions last week that the province could still consider moving to a system similar to one in Ontario, where couples go to a central office instead of contacting an individual commissioner. That way, commissioners who don't want to perform same-sex ceremonies can be accommodated and couples don't risk being denied services.

The Appeal Court did not rule on that idea, but questioned in its written decision whether the model "would ultimately pass full constitutional muster."

Currently in Saskatchewan a couple seeks out a marriage commissioner from a list posted on a government website. The couple calls the commissioner directly to perform a service. Changing the way that works is not the issue, said Morgan.

"An overhaul wouldn't be the end of the world," he said.

"It would certainly cost money, but there's two problems. One, it doesn't satisfy the needs of the marriage commissioners - it effectively puts them out of business - and, secondly, would not likely stand up to a court challenge."

Bjerland, who lives in Rose Valley, Sask., said he became a marriage commissioner to fill a need. People, especially on two nearby reserves, were driving long distances to get married because no one in the rural community could perform the service outside of a church.

He figures he has married 30 or 40 couples over the last decade. A few just showed up on his doorstep at dinner time. He said he was happy to oblige.

Bjerland said he's not trying to be "bullheaded," but there's no way to change his stance.

"My main reason for refusing is that it's not right in the eyes of God and, at 73, I'm getting closer to that time where I'm going to have to face him. I want to be able to do that with a clear conscience."

Bjerland admits he's disappointed that he may lose his job.

Morgan said he doesn't expect a large number of resignations, but the province will appoint new people if necessary.

"To the extent that they have sincere religious beliefs, that's regrettable, but this is the law and as a province we will ensure that the law is complied (with)." 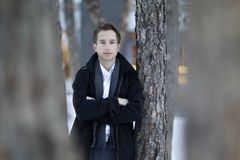