The Saskatchewan government says it should still receive $62 million in federal money for emission-reduction programs, even though it will not sign on to Ottawa's national climate change plan that includes a carbon tax.

The statement from Saskatchewan Environment Minister Dustin Duncan comes after his federal counterpart, Catherine McKenna, told The Canadian Press on Wednesday that unless the province signs on, it will forfeit the money.

In response to the Feb. 28 participation deadline for the Pan-Canadian Framework, Duncan has sent an open letter to McKenna and federal Finance Minister Bill Morneau, stating that Saskatchewan has its own climate change initiative

He says imposing a federal carbon tax will not make his province more resilient to climate change and suggests the levy will actually have a negative impact on Indigenous people, farmers and rural residents.

Duncan also says Saskatchewan should still receive its allocation under the Low Carbon Economy Fund because the money comes from tax dollars paid to Ottawa by provincial residents.

His letter also raises the spectre of court action, stating that Saskatchewan will take legal measures to ensure provincial climate change programs are not undermined by a federal law he calls uncooperative, unprincipled and unconstitutional.

Duncan writes that climate change is a shared challenge and that the Canadian federation best meets those challenges when jurisdictions have the "flexibility" to find solutions.

"I hope that the Government of Canada considers a more collaborative path forward," he said. 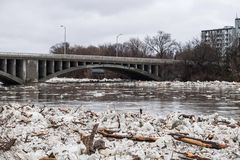