In an effort to cut emergency room backlogs, the Saskatchewan government is planning to focus on helping people who repeatedly show up in hospital ERs.

The Throne Speech Wednesday outlined "hot spotting" pilot programs for Saskatoon and Regina as one way to tackle new pressures that growth has put on health care and education.

In a news conference before the Throne Speech was read in the legislature, Premier Brad Wall said the top five users of emergency rooms accounted for more than 500 visits to ERs last year.

"You can imagine how many others ... where if we were properly meeting their needs in ER that first time ... whether it's mental health care or whether it's addictions treatment, if we were able to do that, it's going to just reduce the number of visits," he said.

"That's what the front line has told us. It's taken a while to find the pilots ... and now we're going to get into deployment."

Wall has said that by 2017 the province will ensure no one waits to receive emergency room care.

The Premier also said the province will create a program to help keep seniors out of the hospital and long-term care.

The Throne Speech indicated there will be more details in the coming months, but the gist is that seniors with complex issues are to receive house calls from physicians, nurse practitioners and other health-care providers.

The province also plans to change legislation so inspection reports from licensed personal care homes are made public.

In education, there are plans to build more schools and improve Internet access.

Nine so-called "joint-use" schools allowing public and Catholic schools to share some facilities are to be built through public-private partnerships.

SaskTel is to spend $5-million over four years to increase bandwidth and improve Internet access and speed for students. Wall said that idea came from teachers, who raised the issue when he met with them in the spring.

"The school boards themselves, with support from the government, have been providing a lot of hardware – iPads and laptops for the students – but there wasn't the bandwidth capability," said Wall.

"And so too often these great learning tools were unused and ... we're going to change that."

NDP Leader Cam Broten said most of the ideas have already been announced or are minor changes that fall short.

"This is a disappointing Throne Speech because it's a rehashing of things that have already been talked about," Broten said.

"It's not speaking to the needs that Saskatchewan families have. What I was hoping to see was a Throne Speech that would address some keys areas that families are talking about ... and businesses."

The province also said it will amend the Saskatchewan Employment Act to include an essential services law, which has been opposed by labour groups from the get-go.

A challenge of the legislation by the Saskatchewan Federation of Labour still has to go before the Supreme Court of Canada. That's expected sometime next year.

Wall said the province has improved the law and he sounded confident about including the changes in the labour act.

"We are addressing some of the short-comings that ... were identified at first in the judicial system and ... those are changes we want to pursue, notwithstanding what happens in the courts."

The essential services law originally said employers and unions had to agree on which workers were so needed they couldn't walk off the job. But unions were outraged because the law also stated that if the two sides couldn't agree, employers could dictate who was essential.

The province has been working to change that.

Saskatchewan to build nine new schools to deal with surge in students
October 22, 2013 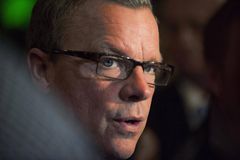 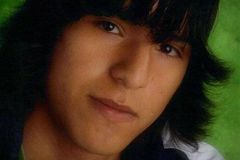 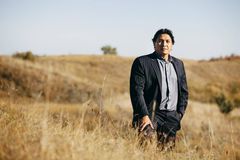 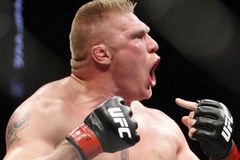 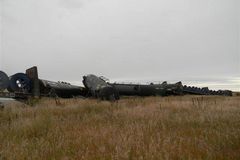