The federal government is defending its decision to export combat vehicles to Saudi Arabia by arguing in court that the Canadian Foreign Minister has such broad authority to green-light weapons shipments he could allow deliveries even if there was a real risk they could be used to commit human-rights violations.

The government finds itself on the hot seat this week over Stéphane Dion's April granting of export permits for a $15-billion deal to sell weaponized armoured vehicles to Saudi Arabia, a country with an abysmal human-rights record that stands accused by a United Nations panel of violating international humanitarian law with repeated strikes that have killed civilians in neighbouring Yemen.

A lawsuit to block the shipments of fighting vehicles to Riyadh will be heard in Federal Court in Montreal with oral arguments taking place Monday and Tuesday.

Explainer: The Saudi arms deal: Why it's a big deal

Read more: Canada will not follow U.S. in restricting some arms sales to Saudi Arabia

Justice Danièle Tremblay-Lamer is hearing the case, which was brought by University of Montreal law professor Daniel Turp with legal assistance from the firm of Trudel Johnston & Lespérance.

Those behind the application for judicial review of Mr. Dion's actions argue the Foreign Minister's decision to allow the combat vehicles – equipped with machine guns and anti-tank cannons – to be sent to Saudi Arabia fails the test for arms sales adopted by federal cabinet in 1986 and still in force today. It says Canada will "closely control" arms exports to countries with a persistent record of serious human-rights violations unless there is "no reasonable risk" that the arms would be used against civilians.

Mr. Turp and his legal team argue there is more than enough evidence that Saudi Arabia might misuse the vehicles by turning them against civilians.

The Canadian government denies that Mr. Dion has acted illegally and through court filings says the Liberal cabinet minister's actions were "perfectly valid."

The Foreign Minister has said he sees no risk the combat vehicles will be misused by the Saudis, but government lawyers, trying to illustrate the "broad discretionary power" he possesses under law, have told the Federal Court the risk of human-rights abuses wouldn't even necessarily be a deal-breaker for Ottawa.

"In fact, even if the minister was of the opinion that there was a risk the goods would be misused, he would still have the discretion under section 7 of the Export and Import Permits Act to authorize the export of such goods if other pertinent considerations justified it in his opinion," lawyers for the Canadian government said in a recent court filing.

This is a hypothetical example used to illustrate an argument, rather than a statement of government policy, but it exposes a gap between the public claims Ottawa makes about Canadian arms-export controls and the actual constraints these rules place on a minister. Successive federal governments have boasted that Canada's controls on weapons exports are among the "strongest in the world."

Ottawa also says in response to the Turp lawsuit that Mr. Dion's decision to approve the exports was only partly based on human-rights concerns and whether the machines might be employed to hurt civilians.

"This decision was taken on the basis of a set of political and economic considerations related to international relations, foreign policy, Canada's defence interests and the economic benefits that will flow from its exports," lawyers for the Canadian government said in a court filing earlier this fall.

In fact, Ottawa is arguing, it expects the armoured vehicles – which will be equipped with medium-gauge machine guns or anti-tank cannons – could help the Saudis wage war in Yemen where Riyadh is engaged in a proxy fight with Houthi rebels backed by Iran.

The Canadian government says selling the Saudis these "new-generation vehicles" would help Riyadh fight both the Islamic State and "instability in Yemen."

This deal was brokered by the Harper government but it was the Trudeau government this spring that actually sanctioned the export of the weaponized armoured vehicles, which will be equipped with medium-gauge machine guns or anti-tank cannons. Mr. Dion signed the export permits in early April – meaning the Liberal government has taken full ownership of the decision.

While Canada is the prime contractor on the deal, the vehicles are being made by a subsidiary of U.S. defence giant General Dynamics and the company said the Saudi contract supports thousands of Canadian jobs.

Mr. Turp has taken Ottawa to court before, including in 2012, when he challenged the Conservative government's withdrawal from the Kyoto Protocol.

Canada has sold armoured vehicles to Saudi Arabia before but never in a deal of this size. This transaction is the largest advanced manufacturing export contract in Canadian history. It's unfolding even as watchdog groups warn of an eroding human-rights situation in Saudi Arabia. Ottawa's own internal 2015 report on the Arab kingdom warned of "concerning human-rights trends."

As The Globe and Mail has reported, older Canadian-made armoured vehicles have been spotted fighting Iran-backed Houthi rebels in the Yemeni conflict next door. This is an apparent diversion from original intended use by an internal defence force.

On May 11, 2016, The Globe and Mail also reported on video evidence of armoured vehicles being used to suppress protests in Saudi Arabia's Eastern Province. The combat vehicles in the videos are not Canadian-made, but they demonstrate the regime's inclination to use such military assets against its own people in a region that is very difficult for Canada to monitor.

Mr. Turp and his legal team also accuse the Liberals of contravening the Geneva Conventions Act but Ottawa denies this. 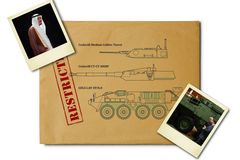 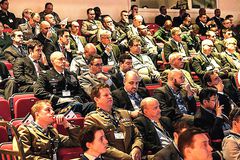