Like the explorers aboard the ships of Sir John Franklin's doomed 1845 quest for the Northwest Passage, an elite team of professional underwater archaeologists will be racing against the clock before the winter freeze.

A new research project launched on Thursday by Prime Minister Stephen Harper in Cambridge Bay, Nunavut, is the latest expedition sent to find the watery graves of the Terror and Erebus, which have captured global imagination for almost two centuries.

"It's been called the Holy Grail of wrecks in Canadian waters," said Marc-André Bernier, Parks Canada's chief underwater archaeologist, who leads the mission.

With a $275,000 cash infusion for a four to six-week expedition, by far the most significant contribution ever for the largest search since 1967, the divers are confident they may be able to find the only national historic sites not yet located.

"It's become one of those Canadian myths and would be a tremendous cultural find," said William Barr, a historian with the Arctic Institute of North America in Calgary and author of Arctic Hell-Ship, a book about Enterprise, one of the vessels the British sent in search of the lost Franklin ships in 1850.

The Conservatives, despite an austerity agenda that has forced cuts on government services including Parks Canada, have made establishing Canada's claim to Arctic sovereignty a priority and are investing in historically significant national projects. Ottawa spent only $200,000 in total on Parks Canada's missions to seek the wrecks in 2008, 2010 and 2011. Critics call the link to Canadian Arctic sovereignty tenuous: These were British ships in what was then British waters.

Franklin embarked on his ill-fated search for the Northwest Passage in 1845. By 1848, he was dead and the ships were ice-locked near King William Island. The survivors attempted to walk south to a fur trading post, and all died in their tracks from hunger and cold. The ships are believed to have drifted, possibly hundreds of kilometres.

Advances in immersion technology have brought 98 per cent of the world's ocean floor within reach of divers and treasure hunters. With few international protocols on underwater heritage preservation, many historians complain the sea has become a free-for-all. On the other hand, conducting explorations of all wrecks to proper archaeological standards is expensive and time-consuming.

"Historically, we should be able to search for four weeks, but our strategy will change in the presence of ice," Mr. Bernier said. "In two to three weeks, we're completely weather dependent."

This year, Parks Canada will search the Victoria and Alexandra Strait region, where one of the vessels is thought to have foundered, and the southern region near O'Reilly Island, where Inuit oral tradition situates the other wreck. The team will also help the Canadian Hydrographic Service to map the Arctic sea floor.

Parks Canada archaeologists received international acclaim after excavations in the 1970s on 16th century Basque whaling ships off Red Bay in the coastal waters of Labrador. They provided for the first time detailed insight into the European pursuit of whale oil across the Atlantic.

Diving for this team inevitably raises thoughts of maritime disaster.

"You're pretty much guaranteed that something tragic happened, so even as you're excited about it, you can't avoid the emotional context that the wreck is also a memorial or a tomb," Mr. Bernier said.

Raising the Erebus and Terror, if they are found, is not the priority. Although some argue that these ships have significant cultural value, to which all Canadians should have access in a museum, Mr. Bernier disagrees. "The context of location helps is also a part of the wrecks' history," he explained. "Whenever you go down for a dive, it's like you're travelling back into time."

Long gone are the days when archeology meant plundering for sale to museums and private collectors. But it's never easy to police the sea bed.

The Empress of Ireland is one such infamous wreck in Canada that has been looted. The ocean liner sank in the Saint Lawrence River after colliding with a Norwegian collier in 1914. More than 1,000 people died in the accident, a tragedy on the epic scale of the Titanic. But unlike the Titanic, which requires expertise to reach, The Empress has lured amateur treasure seekers because of its relatively shallow depth, and many items have gone missing, Mr. Bernier said.

Under the Canada National Parks Act, anyone removing, damaging or destroying prehistoric or historic artifacts or structures, is subject to a fine of $2,000. So far, no one has been charged.

"We are only a team of seven," Mr. Bernier said. "We just can't be everywhere at once." 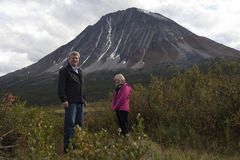 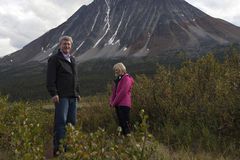 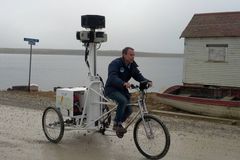 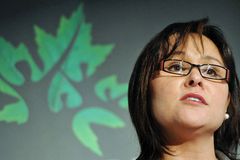