An RCMP investigation into the leak of top-secret defence information led to the removal on Monday of Vice-Admiral Mark Norman from his duties as the Canadian military's second-highest-ranking officer, sources have told The Globe and Mail.

A source said General Jonathan Vance, Chief of the Defence Staff, ordered the temporary relief of Vice-Adm. Norman's command after an investigation of allegations that "pretty high-level secret documents" were leaked.

The source would not provide further information on the nature of the sensitive leaks. It is unknown whether the alleged leaks involved journalists, business interests or another country.

Read more: The untold story of how Antonin Scalia's 'gift to Canada' shaped our spy services

Another source told The Globe the Mounties had been investigating the case for months. The involvement of the RCMP means the allegations involve the Criminal Code.

RCMP Sergeant Harold Pfleiderer, a spokesman for the force's National Division, declined comment. "The RCMP does not generally confirm or deny who may or who may not be subject of an investigation," he said in an e-mail. "This is done to protect the integrity of an investigation, the evidence obtained and the privacy of those involved."

The military is offering no explanation for the extreme measure. Vice-Adm. Norman did not respond to requests from The Globe for comment.

Gen. Vance signed an order for Vice-Adm. Norman's removal as vice-chief of the defence staff on Friday and the change took effect on Monday morning. Gen. Vance is in Europe this week on "military business," according to the Forces. "The Chief of the Defence Staff has temporarily relieved the VCDS, Vice-Admiral Mark Norman, from the performance of military duty," said Lieutenant-Colonel Jason Proulx, spokesman for Gen. Vance. "For the time being, he will not be carrying out the functions of VCDS."

Lt.-Col. Proulx declined to explain why the military is using the word "temporarily" to describe Vice-Adm. Norman's removal.

Canadian military administrative law says that removal from command reflects a general loss of confidence in a person's ability to exercise command effectively as a result of professional or off-duty misconduct, unsatisfactory performance related to serious errors in judgment or a trend of errors having significant impact.

At a public appearance in Fredericton, N.B. on Tuesday, Prime Minister Justin Trudeau would not shed any details on why Mr. Norman was relieved of his duties.

"The chief of defence staff took a decision and this government supports General Vance in the decision that he took and I have nothing further to say on this at this time," Mr. Trudeau said. He also would not say if Canada's defence and security allies had been assured that the alleged leak did not involve shared secret information.

A close friend of Gen.Vance said the Chief of the Defence Staff has a zero tolerance policy for any kinds of leaks and would be especially severe if highly classified material was given to people without proper authorization.

"He wouldn't have blinked for a second because he knows this is the right thing to do," the friend said. "Jon would not have allowed any of this to come back on him and he is ruthless when that happens."

Vice-chief of the defence staff is a powerful position, similar to that of a chief operating officer at a company. Among the VCDS's jobs is promoting security inside the military.

Vice-Adm. Norman has served in the Forces for 36 years and was previously in charge of the Royal Canadian Navy, which he commanded for more than four-and-a-half years until Gen. Vance appointed him as vice-chief in 2016.

As a high-level officer of the military, a person of Vice-Adm. Norman's rank would be prohibited under the Security of Information Act and under a number of laws as well as the Queen's Regulations and Orders, the military's governing documents, from disclosing without permission classified documents, confidential reports, correspondence or deliberations to unauthorized people, including news agencies.

In late 2015, Vice-Adm. Norman went public with his concerns that Canadians had not been given accurate information about the growing price of planned new warships. He told CBC-TV in December, 2015, that it could cost $30-billion – twice as much as budgeted. His warning left open the possibility that Canada could have to buy fewer or less-capable ships unless Ottawa allocated more money for them.

Vice-Adm. Ron Lloyd, the commander of the Navy, has been appointed as the interim vice-chief of the defence staff. 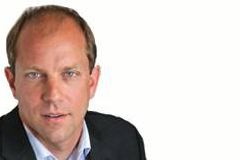 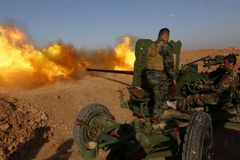