It flashed through our lives like a comet in the sky, illuminating the most insidious development of our time. Then just as suddenly it flamed out and died. Or at least disappeared. Having made headlines around the world, having made the phenomenon of unprecedented inequality a major issue, having popularized the concept of the 1 per cent versus the 99 per cent – after all these triumphs, the Occupy Movement is playing no perceptible role in any of the big events that now affect our lives.

In the American election, however disappointing President Obama has been, a victory for the Romney party will make today's level of inequality seem like a socialist utopia. Yet the Occupiers are MIA.

In Quebec, although the students' spring protests had larger, if amorphous, causes than a minor increase in school fees, Occupiers were conspicuous by their insignificance and the Quebec election was fought in their total irrelevance.

In Alberta and Ontario, while inequality grows ever greater, Occupiers played no role in the Alberta election or the Ontario by-elections.

The movement has vanished. Yet the cause that drove it – the increasing chasm of wealth and power between the preposterously rich and the rest of us – grows steadily more central to the future of the planet. There even seems lately a perverse form of bragging rights about which country in the world is actually the most egregiously unequal. Many stake their claim. My Gini coefficient is bigger than your Gini coefficient. It seems not to matter whether the country is rich or poor, east or west, booming or stagnating – each is reported to be more unequal than the others. I suppose they can't all be right. But they can all be suffering from ever more extreme manifestations of inequality.

This onward and downward march is no one's dirty little secret. On the contrary, it's on full public display. The Republican Party platform, unanimously adopted at last week's convention, is nothing but a prescription for an orgy of class warfare. A Republican America would unabashedly further enrich the 1 per cent and even more the .1 per cent, eviscerate the middle class, and impoverish the poor. For all the fine progressive rhetoric of the Democrats this week, the Obama administration has conspicuously failed to punish the Wall Streeters whose bottomless greed created the financial crisis and who now take home more booty than ever while demanding their taxes be even further reduced. Since both parties openly sell themselves to these same scoundrels in return for campaign contributions, it will be a cold day in hell, and Washington, before their wings are clipped.

So blatant and universal is the phenomenon that even the mainstream media can't avoid it. You can find it as easily in the pages of the Walrus (see this month's editorial) or the New York Times as you can in the Canadian Centre for Policy Alternatives' Monitor. Even business media can't hide the disastrous (and entirely predicted) consequences of austerity programs wherever they've been imposed.

Reviews of and excerpts from Joseph Stiglitz's damning new book, conveniently titled The Price of Inequality, are hard to miss. Paul Krugman's popular blog can be accessed gratis, no payment to the New York Times required; it's like getting a brilliant daily lecture on the ugly truths of modern capitalism. So we know only too well what's going down. What we don't know is how to resist it.

If it's bye-bye to Occupy, who will lead the fight on behalf of the 99 per cent? The failure to launch a serious fight-back campaign is truly stunning, as we saw so poignantly this Labour Day across the continent. What a dour event it was. How appropriately defensive were labour leaders across the continent about their dwindling numbers and clout (which did not of course stop reporters from describing them as "union bosses"). The day was anything but a celebration of the invaluable historic contribution of trade unions to the welfare of just about everyone except the 1 per cent.

Yet in many ways, organized labour at its best succeeded in ways no one ever anticipated. Not only did it for decades win better conditions for its members, it won them for non-members as well whose bosses matched union benefits to keep unions out of their shops. Yet today, the vast majority of us, especially the young, know little or nothing all about what unions are or how they work.

Not only did the labour movement in its prime win fairly decent wages and benefits for many, especially those in the once-mighty manufacturing sector, it lifted them from the working class into the middle class. Soon badly-paid public sector workers got smart too and also won for themselves a modestly comfortable way of life. Not lavish, not opulent, hardly elite class, not nearly enough to hire fancy tax lawyers and accountants to slash their tax bill. Just enough for a relatively secure life. Unions, more than any other instrument except schools, achieved for Canadians and Americans the kind of decent life that we all aspired to.

And how have they been thanked for this splendid contribution? First, by a systematic, hugely expensive and frighteningly successful long-term campaign by corporate interests, aided and abetted by willing political confederates, to erode their influence. Mission substantially accomplished. Who would have expected anything else?

Less predictably, however, and indeed deeply depressingly, unions also face the antagonism of their peers, fellow citizens who failed to achieve the Canadian or American dream often because they were unlucky enough not to work in a union shop. Instead of rebelling against the 1 per cent responsible for their plight, they rail against those who made a decent enough living to move up to the middle class. Instead of cheering them on, instead of demanding from their politicians the same gains made by successful trade unionists, they are viewed by ordinary citizens with such resentment, envy and bitterness that it's positively scary. If only public sector workers – "bureaucrats" – didn't get such lavish pensions. If only teachers couldn't bank all those sick days.

So the ultimate irony: Together, rich people and vulnerable people are enabling an ever-accelerating race to the bottom for the vast majority. It sure makes you wonder about human nature. And wonder too who then will lead the never ending struggle for a less unequal, unfair, unhealthy society.

The tragic cost of the world’s inaction in Sudan
September 5, 2012 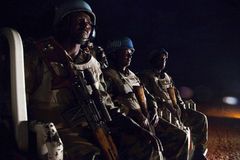 Layton’s legacy: making the NDP realize that maybe it could govern Canada
August 24, 2012 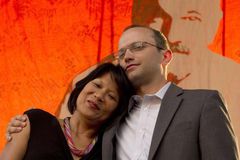 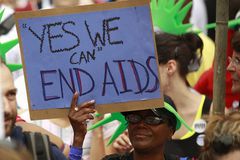 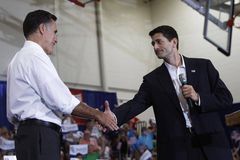 Peacekeepers gone wild: How much more abuse will the UN ignore in Congo?
August 3, 2012 How Harper can save the economy with moonlighting
August 3, 2012 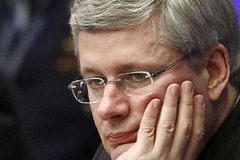 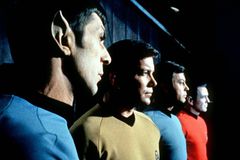