It's unlikely that Stephen Harper, John Baird, Mitt Romney or Newt Gingrich have ever heard of Tamir Pardo, Meir Dagan, Amos Yadlin, Gabi Ashkenazi or Yuval Diskin. But it would probably make no difference if they had. After all, Benjamin Netanyahu certainly knows them well and ignores them completely.

So the reckless escalation of aggression against Iran, both physical and rhetorical, continues apace. Presumably the end game is both regime change in Tehran and an end to Iran's nuclear ambitions – admirable, if unrealistic, objectives. Far more plausible is an uncontrollable conflict that will spread throughout the Middle East and from there to, well, no one knows. But it is not wrong to fear the worst, as many knowledgeable observers do.

But those who know least, like the American lunatic fringe (aka the Republican Party) and the Harper government, are either willfully ignorant of or indifferent to the logical consequences of their positions.

The Iranians blame the U.S. and Israel for the latest murder of one of the country's top nuclear scientists, among several other recent acts of sabotage. The U.S. flatly denies the charge, for what it's worth, while the Israelis barely bother doing so. In fact many Israelis, including those at the top, want to go much further. They want to destroy utterly the entire Iranian nuclear potential and seem bizarrely indifferent to the threat to Israel of Iranian retaliation.

Iran is the convenient next common enemy that conservatives always seem to need. Having run out of communism, terrorism, Islamism, Saddam and Bin Laden, they've now fastened on Iran. In the endlessly repeated sound bite of Canada's foreign affairs minister, John Baird, "We believe Iran constitutes the greatest threat to peace and security in the world." It's a spin line, not a serious analysis.

The implications of Mr. Baird's assertion are spelled out across the border by the Republican presidential candidates. We can be confident that whoever wins the nomination will spend the rest of the campaign pushing the president toward a direct preemptive attack on Iran which he knows is madness.

Which is why Canada has a remarkable opportunity to introduce sanity into this debate and help President Obama find some sensible allies. But sanity and sense, tragically, are not part of the Harper government's mideast vocabulary.

As Stephen Harper recently told Peter Mansbridge, "In my judgment, these are people who have a particular, you know, a fanatically religious worldview, and their statements imply to me no hesitation about using nuclear weapons if they see them achieving their religious or political purposes. And … I think that's what makes this regime in Iran particularly dangerous."

Every aspect of Mr. Harper's position is flawed.

The proposition that Iran is "particularly dangerous," the greatest threat to world peace and security, flies in the face of reality. To claim Iran is more dangerous than Pakistan requires a complete suspension of thought. To insist that Iran must not get nuclear weapons, which it does not have, while volatile and aggressive Pakistan can keep theirs, beggars understanding.

The proposition that the world does not have to demand denuclearization by Russia, China, North Korea – North Korea, for heaven's sakes! – India, Israel, Britain, France and the U.S., but demands it from Iran, is beyond comprehension. Imagine your reaction if you were an Iranian, even an anti-government Iranian.

The proposition that Iran's leaders would not hesitate to use nuclear weapons flies in the face of 33 years of evidence since their revolution. Reprehensible as they are, they have never attacked another country.

The proposition that Iran is more dangerous than Israel, which has repeatedly invaded its neighbours and sends saboteurs and death squads around the world to get its enemies, simply ignores reality.

The proposition that Iran is more dangerous than the U.S., which has spent the entire last decade in aggressive wars against Muslim nations, where pressure to add Iran to this list is growing, where a Democratic president sends drones against anyone he deems unsuitable for living and is now openly provoking China with a new aggressive Asia Pacific posture – to ignore this record demands willful blindness.

Mr. Baird is now off to Israel. Our neophyte Foreign Minister, with all the wisdom offered by spin notes and sound bites – otherwise known as the Harper foreign policy – is about to be swallowed whole by Mr. Netanyahu. Just think of the tales he'll share privately with Mr. Baird, proving irrevocably that Iran must be bombed this very day, if not sooner.

Unlike their minister and his boss, Canadian Foreign Affairs officials know how dangerous all this is. They know that nothing is better calculated to rally the Iranian people behind their oppressive government than terrorist attacks from outside. They know that Iran will inevitably retaliate, with Israel an obvious target. They know that unceasing threats and sabotage undermine any possibility of eventual negotiations, which is now happening in Afghanistan. They know it will only accelerate Iranian determination to proceed with its nuclear system.

This column began with a list of unfamiliar people. You can be sure they're not unfamiliar to Mr. Baird's public servants. They're among Israel's intelligence and military establishment who publicly reject Mr. Netanyahu's insistence that Iran is an "existential threat" to Israel – the real meaning of calling it the most dangerous country in the world.

This is an extraordinary development: public dissent from the director of the Mossad (Tamir Pardo), the retired director (Meir Dagan), the former head of the Israeli military Intelligence Directorate (Amos Yadlin), the former chief of staff of the Israeli Defense Forces (Gabi Ashkenazi), and the former head of Shin Bet (Yuval Diskin). Anyone who reads Israeli newspapers knows about it. Former Mossad director Meir Dagan openly calls an attack on Iran "the stupidest idea I've ever heard." Is John Baird meeting with him this weekend to learn why? Don't bet on it.

Like the Republican candidates, Stephen Harper and John Baird are hell-bent on a policy that will achieve the exact opposite of its intentions. And like the neocons before Iraq, they will pillory anyone who tells them the truth. Remember Taliban Jack?

Moving first on oil ban would backfire on Iran
May 8, 2018 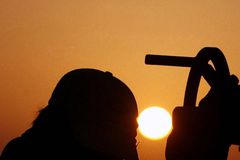 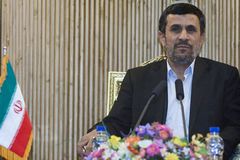 Assassinate Obama if he won't attack Iran for Israel, Jewish monthly suggests
May 3, 2018 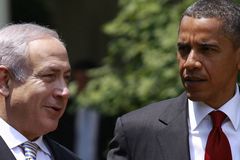 Iran warns neighbours against siding with U.S. as military clash looms
May 3, 2018 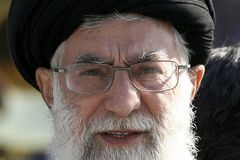