Stephen Harper and Bob Rae have bonded over their shared determination that Canada keep a significant presence in Afghanistan.

This historic drama began this summer, when Bob Rae returned from a few days in Afghanistan to proclaim that Canada must "see this thing through." Stephen Harper agrees. With what, though? What does it mean?

At a annual cost of half a billion dollars, 950 Canadians will be sent to train the Afghan army and police for three years. Some may be wounded or killed. That's a necessary sacrifice soldiers make - if there's a genuine purpose to it. What's the purpose here?

There are so many questions: What does it mean to "see this thing through"? What's "the thing"? Killing bin Laden? Saving Afghanistan? Bestowing democracy? Liberating women? "Development"?

Given the best existing evidence, the most accurate reply is: none of the above. Most of them are never mentioned any more. The latest American "aspirational" aim is to hand over security to Afghanis by 2014. Mr. Harper's goal is even more ambitious - to ensure that Afghan forces can take over "within the next couple of years." This is truly mysterious. Where did these dates suddenly come from? Are either remotely realistic?

We are assured that Canadian soldier-trainers will remain "inside the wire" and be relatively safe. The operative word is "relatively." No one is safe in Afghanistan, anywhere. U.S. forces have been tripled under President Barack Obama since last year and 120,000 foreign troops are now involved. Yet violence is at its highest level since the Taliban were overthrown and Taliban control over vast areas of the country has increased. Yet General David Petraeus, the Americans' most renowned military strategist, believes there must be a reasonable level of security and safety before local forces take over. Will this magically happen in the next two to three years?

Training an effective Afghanistan police force or army to make the country self-sufficient in security has been on the agenda since the United States first invaded in 2001. It has remained the impossible dream ever since. Washington is now spending $1-billion every month on training, more than the entire Karzai government's budget. What reason is there to think the job can now be done in the next three years? What value-added will more Canadian trainers and half a billion dollars a year introduce that does not now exist?

In the implausible event a trained and disciplined security force will emerge, whom will they report to? Gen. Petraeus calls the Afghan government a "crime syndicate." What will it do with a proper army?

It's strange. Afghans are among the world's best warriors when they choose to be, as their entire history to this moment demonstrates. Just about every male except babies and toddlers has a gun and can use it. How come NATO and Hamid Karzai can't put together a functioning security force? Maybe they can borrow the trainers the Taliban use.

Surely the onus is on the Harper-Rae coalition to explain to the nation why it's worth sacrificing a single Canadian soldier for a cause that seems all but lost. Having just read Bob Woodward's remarkable series of books on the Bush administration's conduct of the war in Iraq and Afghanistan and Mr. Obama's conduct of the war in Afghanistan, I believe it is not possible to make that case.

With his unprecedented, almost eerie access to everyone who's anyone in Washington, here's the behind-the-scene picture Mr. Woodward paints of both the Bush and Obama administrations: ignorance, disagreement, dishonesty, incompetence, hypocrisy, confusion, politics, backbiting, internal jealousies, more ignorance, more lying and a complete lack of consensus on what the United States is up to and how to get there. Unexpectedly, the mind-boggling dysfunction under Mr. Bush has remained so under Mr. Obama.

As Mr. Woodward shows, in private few of Mr. Obama's senior advisers really believe that the Karzai government will ever shape up or that a properly trained security forces will ever be developed. But politically they can't admit that. So they sing a different tune publicly and their present policy is based on both happening.

A few excerpts from Obama's Wars (in which Canada's role in Afghanistan, by the way, is never mentioned):

» Within months of Mr. Obama's inauguration there are deep splits everywhere, between the White House and Pentagon, within the military, and among his most senior advisers. Hanging over everything is the maddening wild card of Pakistan. They see an enormous mess they don't understand and can't agree how to deal with it.

» Mr. Obama's senior military and cabinet officials immediately recommend 17,000 more troops for Afghanistan. He agrees. They soon return asking for another 4000 to train the Afghan National Army. With that addition, they said, "we think we can turn this around." This is almost two years ago.

» In mid-year the generals send a high-level team of consultants to Afghanistan. They report "nothing but bad news. … They found the military understood little about the Afghan people. … The intelligence collection was a shambles." Most Western troops were largely cut off from any real connection with Afghanis.

» By August, U.S. commander General Stanley McChrystal begins lobbying for 40,000 more troops. Otherwise, he says, "the U.S. could lose the war by September 2010" - two months ago.

» In October, Gen. McChrystal tells Mr. Obama's senior advisers that "conditions inside Afghanistan were much worse than he had anticipated and only a fully resourced counterinsurgency would remedy things." He really wants 85,000 more troops but knows it's politically impossible so he'll make do with 40,000. Yet even with the larger number "the U.S. could only protect 60 per cent of the population." The American debacle in Vietnam haunts the White House.

» Mr. Obama's ambassador to Afghanistan, General Karl Eikenberry, believes the entire strategy is unrealistic. "They were severely hindered by Karzai's weakness as president, the absence of a strong central government. … Right now we're dealing with an extraordinarily corrupt government."

» At an Oct. 14 meeting, the President asks: "What are the prospects we can get a credible Afghan government in place in 5 years?" No one replies.

» After months of endless meetings and reviews by many of the most powerful political and military officials in the United States, they're still wrestling with the basic questions: "What are we trying to do? What are the objectives? Session after session these questions remained at the heart of it yet they had not been answered."

At least the Americans ask the questions even if they have no answers. Does the Harper-Rae alliance even ask? How would anyone know?

What do we achieve by kidding ourselves? We outsiders have never understood Afghanistan, how complex and inscrutable it is. Despite almost 10 years, many billions of dollars and many foreigners and Afghans killed, we've made precious little progress in achieving whatever aims we've claimed to have at various stages.

It would be better if all Afghans had a more secure life. But it's time to admit the obvious. Afghanistan will be what Afghans make it, whether we like it or not. We can do nothing about it. Foreigners have no constructive role to play. It's time they all got out.

NATO leaders eager to make amends with Karzai ahead of exit
November 19, 2010 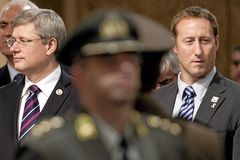 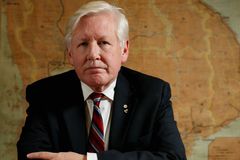 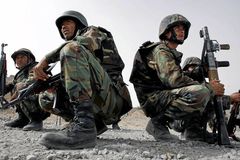 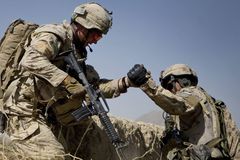 Opinion
Since we can't beat the Taliban, focus on reconciliation
November 18, 2010 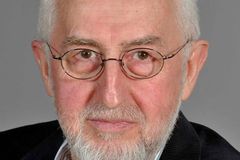