The most common means of predicting elections, polling, has a decent track record. The long-running Gallup poll in the United States has picked the winner in 79 per cent of winners of the past 19 U.S. presidential elections. It was famously wrong in 1948 in predicted Dewey over Truman, but also predicted Gerald Ford in 1976, Al Gore in 2000 and John Kerry in 2004.

Election stock markets are slightly more accurate. A study of betting pools prior to the introduction of scientific polls found they did "a remarkable job of forecasting elections." In fact, aggregated betting markets picked the winner in 85 per cent of U.S. elections going back to 1884. They got the 1916 re-election of Woodrow Wilson wrong, along with 1948, 1976 and 2000.

Then there are regression models that use outside data to predict the election outcome, typically some combination of unemployment, inflation and "mood for change" under the hypothesis that the worse things are going, the more likely people will "throw the bums out." However, this model tends to fail when the president is not running for re-election, failing to pick the winner in 1960 (Kennedy-Nixon), 1968 (Nixon-Humphrey) and 1976 (Carter-Ford). As well, some variations of regression models using economic data were wrong about 1948, and other types of models were - amazingly -wrong about the 2008 election of Barack Obama.

Overall, economic regression models are right between 75 per cent and 81 per cent of the time, not quite as good as polls or predictive markets, but still much better than flipping a coin.

So how can you accurately make predictions about who will win an election? Two business professors have a very surprising answer: It's the biography, stupid.

The PollyBio model has a 93 per cent hit rate in the past 29 U.S. presidential elections. This is significantly better than any other system, including pre-election polls, exit polls, election stock markets or econometric models.

PollyBio missed only twice, calling Ford over Carter in 1976 and Bush over Clinton in 1992. (Interestingly, both had big secondary factors in play: 1976 was right after Watergate and Ford's pardon of Nixon; 1992 saw the highest finish by a third-party candidate in 80 years.)

The process is very straight-forward. They measure candidates on the basis of 62 variables thought to align with leader emergence, from "who weighs more" to "who lost a spouse." Whoever gets the most points is the likely winner.

Here is the paper by J. Scott Armstrong and Andreas Graefe. It outlines the 62 variables and the theory behind each.

For example, a number of the variables are based on exposure to trauma, like the loss of a spouse. This is because other studies have found that leader emergence is correlated to childhood and adolescent loss, such a disability or illness, or particularly difficult traumas in adulthood like the loss of a child or spouse. Think of either Roosevelt's disabilities, the loss of Reagan's daughter, or the death of Lincoln's mother or Obama's father as events that made them the great leaders we know.

Another example is hair loss, negatively correlated with political success, or wearing glasses, which is positively correlated. These and other factors like facial hair, voice timbre, having authored a book or military honours can be projections of personality traits for voters which colour coverage and public reactions.

A lot of these factors are found in the declarations of armchair pundits. What makes it different is the care in selecting which biographical elements are part of the model, the attention to coding without bias, and the creation of an heuristic index model which accurately predicts the result of 27 of 29 elections.

Here are the scores for Barack Obama and Sarah Palin, and the predicted result of a 2012 election between the two.

In a future column, I'll be looking at the application of a model like this to Canadian politics.

It has obvious applications in the head-to-head match-up of Michael Ignatieff and Stephen Harper and earlier candidates for high office. But the real utility is in the selection of party leaders, when candidates naturally contest on biography rather than policy. 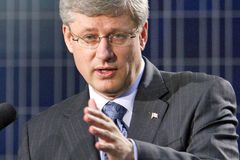 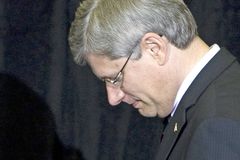 Opinion
Has Palin changed since our last meeting? You betcha
October 14, 2010 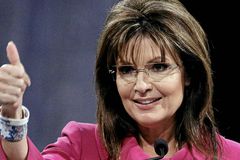