I am lucky. I work in a place filled with smart people who have unique, different and informed opinions from all across the political spectrum. Often our lunch room becomes a mini-Athenean agora where passionate debates erupt. Few matched our Thursday luncheon forum which focused on Rona Ambrose's vote for a Conservative MP's private member's motion (M312) to study when life begins.

Chatham House rules prevent me from spilling all our kitchen cabinet secrets but let me just summarize by saying opinions on Ms. Ambrose's vote went from "her action set women's right back years" to "it is no big deal – that is what free votes on non-binding matters are about." We are no normal focus group but I imagine at other tables across the land similar parameters of discourse could be found.

Ms. Ambrose made a mistake around the vote on M312. For me, the mistake wasn't the supportive position she took, though as someone who is pro-choice I wouldn't have voted for M312 if presented the opportunity. The mistake was her lack of full public communication as to why she decided to take the position she did. Her single vote-related tweet noting her view that she opposed sex-selective abortions wasn't enough.

As Minister for Status of Women, many wrongly assumed based on their own personal predilections that she would be de facto opposed to M312. So when she rose to vote in support of the motion a storm of disbelief erupted followed by some vicious condemnation of Ms. Ambrose. Much of that could have been potentially mitigated by Ms. Ambrose explaining her rationale before the vote.

Rona Ambrose is an exceptionally smart, deep-thinking person. She has done some great work at Status of Women – particularly her and her department's efforts on violence against women. She has credibility on many fronts at Status of Women which she should have employed to her benefit in explaining her personal choice to support M312.

She made a political communications mistake but that was her only error. While we may have different perspectives on M312 regardless if she is the Minister of Status of Women or not she does have every right on a free vote on a private member's motion to vote based on her personal beliefs and conscience.

Symbolism is important in politics but so is sincerity even if you pay a heavy price for it. Many who have shredded Ms. Ambrose's choice to support M312 have done so by assuming that the Minister of Status of Women must be pro-choice at all times and in all circumstances. Is that a reasonable proposition? I am not convinced that has to or should be the case. It certainly isn't reflective of the array of public opinion on such matters.

Had Ms. Ambrose explained her rationale the post-vote discussion might be less polemic.

The great irony of all of the Ambrose vote controversy is that the Minister is being savaged by many for taking a "controversial" position that, for some, goes against the current flow of opinion. Yet part of the mission of the department she leads would seem to be about advancing different views and perspectives. That means creating equality through an acceptance of various voices – not just one. It is all rather perplexing then to see her so verbally pummeled for being unafraid to act on her own personal convictions on one private member's motion.

Hopefully our Friday lunch will be a much more restrained affair and no one else finds him – or herself in the soup.

Conservative strategist Tim Powers is a vice-president at Summa Strategies.

How they voted: a breakdown of the Woodworth motion
September 28, 2012 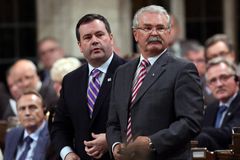 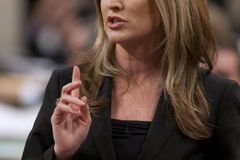 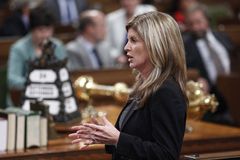