What do we do when those we entrust with our greatest hopes betray that trust? If the betrayers are United Nations peacekeepers, the answer seem to be nothing at all. There is distressing new evidence, most of it reported here for the first time, that foreign soldiers in the Democratic Republic of Congo can sexually and violently violate young girls with impunity so long as they wear that iconic blue beret or blue helmet.

This is not, alas, a unique story. Documented cases of girls being victimized by UN forces – or, more precisely, the troops from the many countries who serve in UN missions – has a long and squalid history. The landmark 1996 UNICEF study The Impact of Armed Conflict on Children reported that "In 6 out of 12 country studies, the arrival of peacekeeping troops has been associated with a rapid rise in child prostitution." A review eight years later concluded that prostitution and sexual abuse followed most UN interventions. "Even the guardians have to be guarded," it concluded.

No doubt, as defenders of the UN insist, these are the actions of the few. Yet the persistence of these criminal acts and the almost total impunity for those who have committed them remains a scandal that tarnishes the UN's already shaky reputation.

In 1999, with the Congo roiled by deadly conflict, the Security Council launched MONUC, its largest peace mission ever – 20,000 troops from many countries costing $1.3-billion a year. By 2005, the sexual exploitation and abuse of Congolese females by a small but significant minority of these blue helmets led then UN Secretary-General Kofi Annan to describe it as "an ugly stain" on the entire world body. Even though many victims were unable or unwilling to identify their assailants, 63 soldiers were expelled from the mission and repatriated while a zero tolerance policy was instituted for all cases of abuse by UN soldiers of local citizens.

Yet by 2008, new allegations had arisen. Human rights observers found that a child prostitution ring had been formed and some100 UN troops from India were accused of paying for sex with young Congolese girls. An investigation by the Indian army chose to blame the messenger. The real culprit, it seems, was the UN for bringing charges against their soldiers, all of whom were found innocent.

In 2010, for various political reasons, MONUC became MONUSCO, but changing names doesn't change a culture. Once again evidence of sexual violence has raised its ugly head, uncovered by investigations conducted in recent weeks by Dr. Victoria Fontan, head of the Department of Peace and Conflict Studies at the University for Peace in Costa Rica. (Full disclosure: I am a visiting professor at UPeace based in her department.) Her work in eastern Congo builds on her substantial first-hand experience in conflict zones ranging from Bosnia to Iraq.

Despite zero tolerance, Prof. Fontan accuses MONUSCO peacekeepers of continuing the dishonorable MONUC tradition of committing violent and abusive acts against Congolese girls, and doing so with complete impunity.

Here is a highly condensed sense of some of her findings:

Case 1. In February, 2011, two orphans, Gisèle, then 14, and her sister Espérance, 15, were attacked by five soldiers, three from MONUSCO and two from the Congo's notoriously undisciplined and brutal army. While the Congolese were beating Gisèle, Espérance was gang raped and beaten by the three white MONUSCO soldiers. She was both badly injured and pregnant. Last October, Espérance gave birth by cesarean section. Her son died two days later.

Case 2. Joaki and Chantal were both 14 years old in 2005 when they encountered two Uruguayan peacekeepers in Uvira, eastern Congo; the men's names are widely known. Even though sex with a minor constitutes rape under Congolese (and most other) law, the two girls got pregnant and both became children having children. Both men returned to Uruguay leaving no support and, soon, no trace.

This was not the UN's only unhappy experience with Uruguayan soldiers. Within MONUC, their abuse of the local population was so widely recognized that the entire contingent was withdrawn from the Congo. But no one in MONUC felt any obligation to the young women the two men raped or to their children.

Seven years later, although their story is well known, both Joaki and Chantal and their children remain abandoned by the men and the entire UN system. Joaki can barely care for herself and her son, Roberto Jr. And while Chantal and her Julio are somewhat better off, both young women, now 21, asked Prof. Fontan to find their children's fathers. "They forgave them a long time ago," she reports. "They just want them to support their children, to help them have the future their mothers will never have." Prof. Fontan is determined that someone – the men, the UN, someone – must help these victims of peacekeepers run wild.

Case 3. Prof. Fontan came upon an impressive new beach resort called Hotel Uvira. "Built only four months ago, Hotel Uvira was an immediate success among UN peacekeepers. Its Congolese owner was amazed at the speed at which reservations came. After a few days, the grim reality dawned on him. The resort of his dreams had become a prostitution hot spot. But not for just any kind of prostitution. This one involves teenage girls. And the most reliable guests are the Russian pilots of the UN fleet."

The true function of Hotel Uvira is well known in the town yet the UN has done nothing to stop it. In 2005, similar revelations elsewhere in eastern Congo at least embarrassed the UN. Yet today, Hotel Uvira thrives.

According to Prof. Fontan, many of the cases she learned about are never actually reported, though they're familiar enough to anyone in the region who cares to see. Many UN officials seem to prefer to remain ignorant and uninvolved.

For those violations that are reported, it's reasonable to assume that the UN's zero tolerance policy automatically applies. But that would be wrong. In practice, Prof. Fontan found that such cases are largely swept under the rug by shipping the accused back home, supposedly to face their own legal system. A Congolese lawyer who specializes in such cases – and there is an extensive network of courageous and dedicated Congolese at work in eastern Congo – told her that very few peacekeepers are actually prosecuted once they reach home, as examples in both India and Morocco sadly attest.

Prof. Fontan intends to report more fully the results of her investigations in a forthcoming book and other writings. But what must happen immediately is surely already clear.

There must be a full UN investigation not only of her specific horror stories but of the larger outrage: How can such abuses continue seven years after the earlier scandal and the resulting zero tolerance policy? How can UN peacekeepers continue to receive complete immunity for such crimes? How can the Congolese families of the two Uruguayan soldiers continue to be abandoned by the United Nations?

The girls of the Congo are already among the most exploited and abused in the world. How much more abuse and exploitation must they continue to endure at the hands of the United Nations? 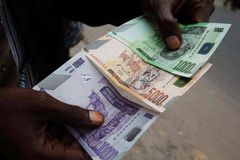