So what are we to make of recent polls?

These polls are being trumpeted in some venues as "Conservatives back in the lead," but I'd bet no strategist from any of the parties is reading them that way. Here's my take:

» If they are really in the range of 34 to 36 per cent as these polls suggest, the Conservatives are paddling in the water with their pre-merger base and continue to fail to appeal to the more than 60 per cent of Canadians who have, so far, consistently rejected them.

The Conservatives remain western, rural/suburban, male and largely over 50. The good news for them is that the numerous mistakes and misjudgments bedevilling the government since Parliament rose last spring have not discouraged their base. The bad news - and this is the real news of both polls, I think - is that the government is making no progress at all growing outside of its wedge. In large part, I think, this is because the Conservative team doesn't want to, and has focused in recent months on keeping its part of the electorate angry, motivated, and signing cheques.

» If they are really in the range of 27.8 to 32.4 per cent, as these polls suggest, then one of two things is true about the Liberals.

Either (a) Michael Ignatieff enjoyed three more months of honeymoon media coverage driving around in his bus, and only succeeded in reminding Canadians that they just plain don't like him - leaving the red team in the nadir Stéphane Dion led them to.

Or (b) actually, Mr. Ignatieff did make some progress this summer, in net terms (playing with these two polls) at the expense of Elizabeth May's outfit. Last time I looked at the details, the Nanos poll was not prompting respondents on whether or not they would vote Green, allowing that party's supporters to volunteer their choice instead. Given that the Greens appear to be experiencing significant issues with finances and membership and are apparently focused on a single seat in the next election (all of which, if true, would result in a pretty low profile in virtually all local races next election), an unprompted number may be more predictive of the result. In which case, based on these polls, Mr. Ignatieff might want to be talking about the environment a bit more.

» Finally, if they are really in the range of 15.8 to 16.3 per cent, then New Democrats are breathing a quiet sigh of relief this month.

In the last three elections, the New Democrats started the first week of each campaign in the range of 12 per cent of the decided vote - and then added 5 to 6 points by running (if, as a possibly interested observer, I can be permitted to say so) increasingly effective campaigns thanks to their increasingly effective and popular leader. So these polls suggest the New Democrats are holding on to what they need to defend their current gratifyingly large caucus, and to look for additional gains.

My generation of New Democrats knows what a true nadir looks like. It looks like 1993 - getting 6 per cent of the vote and losing party status. This is what Mr. Ignatieff's senior strategists have said repeatedly, on and off the record, they are hoping to engineer again for their former coalition partner in the next electoral cycle. It is why they leapt so joyously on the gun registration issue, and (if you care about the issue, perversely) attacked the leaders in the NDP caucus (Jack Layton, Thomas Mulcair, etc.) who agreed with them about it. There were some in the New Democrat tribe who worried that events in Parliament this fall had indeed set the table a little unhelpfully for the good guys. These polls suggest that Mr. Layton succeeded in making it through that white water with his party's numbers holding up fairly nicely, so far.

A couple of other key considerations in recent polling:

» Mr. Layton and Stephen Harper both continue to enjoy satisfaction and leadership numbers at around the 30 per cent mark, while Mr. Ignatieff has emerged from his latest honeymoon still tracking at only half that level in most polls. Since leadership perception can be a leading indicator of party support, we can say that as things stand today, Mr. Harper is efficiently supporting his party at its current level; Mr. Layton has the opportunity once again to help grow his party; and that Mr. Ignatieff would be a drag on Liberal support were an election to happen now.

» Recent polls in Quebec report that neither the Conservatives nor the Liberals are the second choice of the plurality of Quebeckers currently parked with the Bloc Quebecois. Their second choice is Mr. Layton and the New Democrats. That's why Gilles Duceppe joined the Liberals in attacking Mr. Layton this fall. The regional numbers of "national" polls are not to be relied on, as the wild regional swings in these two polls compared to September results show. So the next couple of CROP polls in Quebec will merit a careful read to see if events this fall have solidified the BQ's hold on its own base.

The bottom line: at these levels, an election now would probably produce essentially the same Parliament. Things remain remarkably stable, right about where they've been (more or less) for six years. If there is a game-changer in our political future, it is creeping onto the landscape quietly. 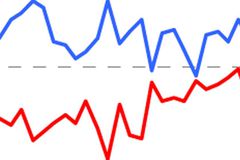 Tories edge ahead of Liberals, leaving summer woes behind
October 13, 2010 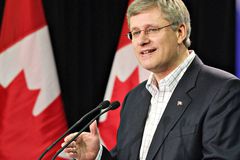 How Parliament would look if only youth voted
October 7, 2010 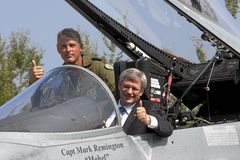