When last we heard from The Economist in May - prior to the G8 and G20 summits - the weekly was writing in praise of the Canadian economy: "Strict financial regulation and a new commodity boom have turned 'boring' Canada into an economic star." And, through the eyes of outsiders looking in, the magazine that once styled Paul Martin "Mr. Dithers" and the 2008 coalition an "opposition coup" again added a perspective that often gets discounted in this era of heavy domestic partisan spin:

"Their economy is so intertwined with their neighbour's that when the United States plunged into recession, Canadians assumed they would be dragged along for the ride. Newspapers took to illustrating their economic stories with pictures of Depression-era bread lines. Yet whereas the United States has still not officially declared its recession over, Canada is nine months into recovery from its mildest and shortest downturn in recent history. Unemployment has been falling since last August, and proportionately fewer jobs were lost than south of the border.

The government of Stephen Harper, the Conservative prime minister, might have expected to receive more praise for the economy's robust performance. If it has not, that may be partly because it insisted that the recession was imported from the outside world. Much of the country's resilience stems from policies - such as bank regulation and sound public finances -which predate Mr Harper. The Bank of Canada can share some of the credit too. But Britons might note that Mr Harper has managed to govern for four years without a parliamentary majority, and that this has not prevented Canada from sailing through the recession."

This week, the prestigious publication weighs in on Canada's failure to win a two-year, non-permanent seat on the Security Council - under the heading "Canada's foreign policy: Snubbed." Much, though not all, of the text ( available here) will sound familiar to Canadians, as we chew on how we're seen - and have been seen for some time - by the international community:

"In 2003 Bono, a rock star and poverty campaigner, proclaimed that 'The world needs more Canada'. This week, the world decided it didn't. …Many countries apparently share Mr Ignatieff's dislike of Mr Harper's foreign policy. This has featured outspoken support of Israel's hardline government, alienating the Muslim countries that make up a third of the UN's membership. Mr Harper has also made few friends in Africa (where he has closed embassies), or in Europe and among island states (with his feeble policy on climate change).

He came to power in 2006 sceptical of Canada's traditional multilateralism ("a weak-nation strategy", he said) and of the UN itself. Last year he raised eyebrows by choosing to inaugurate a doughnut-innovation centre rather than attend the UN General Assembly. His country's commitment to UN peacekeeping missions, for which a former Liberal prime minister once won a Nobel prize, declined sharply under the previous government and has not increased under Mr Harper.

So why bother to seek a Security Council seat? The Conservatives seem now to realise that strong links to the United States are no longer enough in a changing world. Canada is still a big UN paymaster. As host of the G8 summit this year, it pushed for more aid for maternal and child health in poor countries. But its overtures to China and India came too late to sway the vote….

Pollsters say the public attach little importance to a UN seat. But this was supposed to be a year in which Canada would figure large on the world stage. It started with the winter Olympics in Vancouver and the economy's swift recovery from recession, and continued with hosting the G8 and G20 summits. It seems to have ended early." 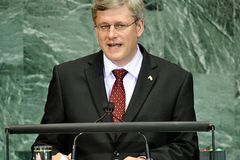 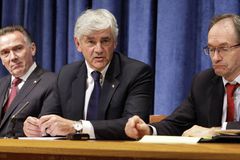 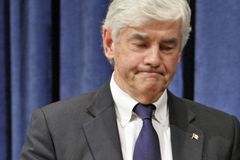 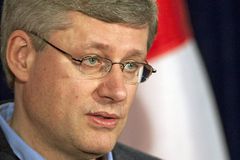 India turned its back on Canada during bid for Security Council seat
October 14, 2010
John Ibbitson weighs the consequences of Canada's UN rejection
October 13, 2010 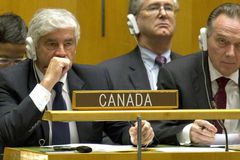