Anyone who has ever worked at a polling station knows how chaotic elections can be. Volunteers get flustered. Ballots go missing. Writ hits the fan.

"It is inevitable that there will be some errors in the process," admitted Chief Electoral Officer Marc Mayrand, in Elections Canada's written submission to the Supreme Court before Tuesday's hearing on voting irregularities in Etobicoke Centre during the 2011 federal election.

But how many errors does it take—and how serious must they be—before we toss out the vote tally and start from scratch?

For decades, lower courts have used the "magic number" test in deciding disputed elections: when the number of questionable ballots exceeds the margin of victory—as in Yukon in 1957 and Ontario in 1990—courts have ordered fresh elections. When the margin of victory exceeds the number of questionable ballots—as in Alberta in 1989 and the Northwest Territories in 1997—courts have allowed the result to stand.

The magic number test implies that, in an election, who won matters more than who voted for whom. If it were otherwise, the margin of victory would be irrelevant; only the voting irregularities themselves, their number and severity, would decide whether or not a new election is justified. Instead, our courts have allowed efficiency to limit democracy—in the very cases where the latter is most in question.

But this raises a simple question: why count every vote unless every vote counts?

As it considers the Etobicoke Centre case, the Supreme Court should reject the magic number test. For the first time, it should insist that, in the words of the Canada Elections Act, "the result of the election" means the votes, not the victor.

It has good reason to do so. The magic number test is too simple, too crude. It fails to distinguish between "the result of the election" and the outcome—the result being the final vote tally, the outcome being the winner. Much of our system of government depends on the difference.

We elect a Parliament, not a government; we vote for our local MP, not the Prime Minister. Political parties do not "win" elections, successful local candidates do, and the party with the most of them gets the first chance to form the government.

In an election, as in Parliament, the individual matters more than the aggregate, the vote tally as much as the winner, and the result no less than the outcome. The same logic—that every vote matters—explains why we choose our leaders in elections in the first place; if efficiency were all-important, we would use opinion polls, instead.

This is a principled argument. Elections Canada offers a practical one. And perhaps, as Mr. Mayrand argues, the perfect should not become the enemy of the good; a simple bureaucratic snafu may not be enough to upend an election, unless the outcome hangs in the balance.

But if the Supreme Court accepts his argument, it will be conceding not just that Canada's electoral system is imperfect, but also that our commitment to our own democracy is more limited than we might have hoped. Canadians should expect only as much democracy as we can afford.

Or the Court can demand more. It can order a new election in Etobicoke Centre, discard the magic number test, and require Elections Canada to improve the voting process. If paperwork is too onerous, simplify it. If poll clerks' preparation is inadequate, fix it. Surely our elections are worth the effort.

The magic number test appeals to judges because it is so simple. But that virtue is also a vice; some decisions are too important to be reduced to basic arithmetic. The Supreme Court should replace a narrow rule with a broader standard—one which will give lower courts the discretion to decide if new elections are necessary, based on the number and severity of voting irregularities in each particular case. Every vote should matter—and every mistake should be reviewed—regardless of the margin of victory.

For better or worse, one riding in Etobicoke will soon decide whether Canada's laws limit or expand our commitment to democracy. The Supreme Court should not simply toss out the results of one close election; it should affirm a clear principle—when every vote matters, the only magic number is one.

What’s really at stake in the Etobicoke hearing? Trust
July 11, 2012 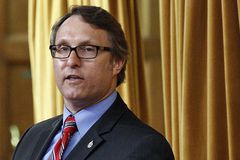