Canada's long-suffering shipbuilders are expected to find out Wednesday how $35-billion in federal contracts will be divvied up.

The decision follows an arm's length selection process designed to limit not only political, but legal blowback from a cut-throat industry and job-starved provinces.

One of them will walk away with the jackpot – $25-billion in anticipated navy combat ship projects over the next 20 years. The runner-up will receive $8-billion in federal government civilian ships, including coast guard cutters, and the third can expect $2-billion in smaller contracts.

Public Works Minister Rona Ambrose has repeatedly said the decision will be devoid of political influence. To ensure that, the government turned to outside consultants on three occasions to not only make the decision, but design the National Shipbuilding Strategy.

It was a message Defence Minister Peter MacKay repeated outside the House of Commons on Tuesday.

"These decisions tomorrow will be made in a way Canadians can be sure it was based on the merit and not on political interference," he said

A senior bureaucrat, not a politician, is expected to make the announcement, said a government source.

The ghost of the Mulroney government's politically disastrous CF-18 maintenance contract decision in the 1980s is often cited as the reason for such unusual measures.

But a lawsuit over a contract to service the country's British-built submarines provides a more recent and bruising reason for the Harper government to put as much distance between itself and the decision as possible, said a defence expert.

Eric Lehre, a former commodore, said he wonders whether this hands-off process has resulted in too much decision-making being farmed out of the hands of elected officials.

"I have no problems assigning the best of intentions to the Conservative government in this instance," Mr. Lehre said. "What we're seeing here is the government making it far harder for [shipbuilders]to use legal avenues to dispute every contract award."

There will be a certain splash of irony if Irving-owned Halifax Shipyard comes out on top. The powerful corporation took the federal government to court after losing the $1.5-billion submarine service contract to a Victoria-based yard.

Peter Cairns, of the Shipbuilding Association of Canada, said from what he can tell the bids are almost too close to call because each yard has similar strengths and weaknesses.

An outside firm is scoring each bidder in different categories, including financial strength and ability to deliver. But Mr. Cairns said one category, which asks them to describe how they will contribute to the Canadian economy over the long-term, may be the "make or break" element.

He said the government is expecting to see some kind of plan for innovation and ways of making Canada a world leader again in shipbuilding.

The economic stakes in Wednesday's decision are high.

Nova Scotia, disappointed by its fizzling off-shore natural gas industry, is looking at the shipyard deal as a saviour. It anticipates an annual 2.6-per-cent bump in economic growth and up to 11,495 direct and indirect jobs if Irving wins the larger contract.

Premier Darrell Dexter has likened it to winning the Olympics every year for the next 30 years.

The troubled Davie Shipyard, which was in bankruptcy protection but is now aligned with SNC Lavalin and Daewoo of South Korea, presents the largest political thorn for the Conservatives. Veterans Affairs Minister Steven Blaney is under pressure to deliver in his own backyard.

In B.C., there is a similar anticipation of thousands of jobs and hundreds of a millions of dollars in spin-off benefits.

Both British Columbia and Nova Scotia say they'll pony up cash for training and dockyard improvements if their provinces win.

During the last two decades, the shipyard industry has suffered from a boom and bust cycle that has sunk some yards, but turned others into fierce competitors.

The federal government's inability to plan and deliver ships on a regular basis has left both the navy and coast guard in dire straits, with most of their hulls in need of replacement by 2025.

Mr. Lehre said the navy may desperately need supply ships and destroyers, which act as task force leaders, but it will likely get the Arctic ships first because those ships are designed and ready to be built. 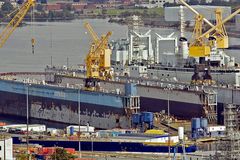 Waves will be made with these shipbuilding contracts
August 12, 2011 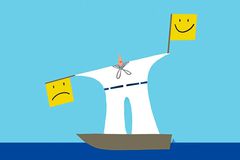 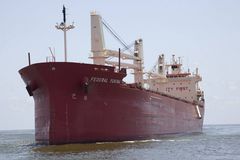 Can Christy Clark change the channel with a jobs agenda?
August 15, 2011 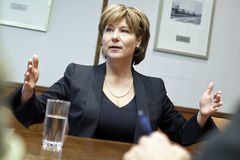 B.C. antes up $40-million to help snare shipbuilding deal
July 25, 2011
new
New contender emerges to bid on shipbuilding project
July 21, 2011
Follow us on Twitter @globepolitics Opens in a new window
Report an error
Due to technical reasons, we have temporarily removed commenting from our articles. We hope to have this fixed soon. Thank you for your patience. If you are looking to give feedback on our new site, please send it along to feedback@globeandmail.com. If you want to write a letter to the editor, please forward to letters@globeandmail.com.
Comments