Public Safety Minister Steven Blaney had something he wanted to talk about at Monday's Senate hearing: the 10 people arrested in Montreal last week on suspicion they were trying to travel abroad to join extremists in jihad.

This was a hearing on Bill C-51, the government's anti-terrorism legislation, so he could have explained why the Canadian Security Intelligence Service (CSIS) needs a broad new role that it was long deliberately denied, or why he's against parliamentary oversight of the agency. But he paid those topics lip service, and focused on threats, not details of his proposed law.

For the Conservatives, that approach has been working.

A new poll finds the once-sky-high support for the bill has declined – but not dramatically. There are growing doubts, and a growing number of Canadians concerned that the government is going too far. But support remains high.

Months of protests across the country and an active online campaign have apparently had an effect – but it only goes so deep. A majority of those following the legislation closely are against it, but there are far more people who are not really paying attention, and they overwhelmingly support it.

The new survey, conducted by the Angus Reid Institute, is a follow-up to a February poll that found 82 per cent favoured the bill.

That proportion has now fallen, but not dramatically: 72 per cent still said that, "all things considered," they support the legislation.

"We are starting to see the emergence of some very real concerns," said Shachi Kurl, senior vice-president at the Angus Reid Institute. "But to this point, the Canadian appetite for a sense of public safety is still trumping those concerns."

Canadians, it seems, like the idea of anti-terrorism legislation. Those who look into the bill tend to find it more worrisome. But many people are content not to look. And the Conservatives are betting that those who are worried aren't their supporters, anyway.

There are growing qualms. Now, 36 per cent think the bill "goes way too far," and does not protect freedoms and privacy – up from 19 per cent in February. The proportion who feel the bill "doesn't go nearly far enough" shrank to 13 per cent from 36 per cent.

The legislation includes a new mandate for CSIS to disrupt threats with undefined measures, and allows agents to obtain a warrant authorizing them to commit crimes or violate a person's rights, as long as they don't kill, cause bodily harm, or sexually violate someone.

That's a major change: CSIS was created to separate secret intelligence gathering from the agency that intervened to stop threats, the RCMP. CSIS was deliberately denied power to intervene. On Monday, Mr. Blaney described that as a "gap" to be filled, without really explaining why it's needed, other than the fact there's a threat.

Experts have raised concerns about the lack of oversight of those powers. Canadians, according to the poll, think there should be more. But Mr. Blaney brushed it off with vague, glowing words about the existing oversight regime.

When it came to specifics, RCMP Commissioner Bob Paulson pointed to a few measures that will help police, like lowering legal thresholds for imposing "peace bonds" on terror suspects. Mr. Blaney pointed to provisions to block websites that promote terrorism. But he stressed threats, about radicalized Canadians and the Montreal 10.

In fact, the Angus Reid Institute survey found several specific measures in the bill still have high approval rates: making it illegal to promote terrorism (87 per cent favour), blocking websites that promote terrorism (85 per cent), extending to seven days the time a terror suspect can be held without charge (73 per cent).

The Angus Reid Institute, a non-profit organization, surveyed 1,006 Canadians with a randomized sample drawn from an online panel. Results can be found at www.angusreid.org/c51-may2015.

The still-high support in this survey is substantially different from a Forum Research survey conducted in March by automated, interactive-voice-response calls, which found a majority of people who were aware of Bill C-51 disapproved of it.

But the Angus Reid Institute survey found support has slipped, not collapsed.

One notable group bucks that trend: 55 per cent of those following the debate closely are against the bill. Among those who have just scanned headlines, only 14 per cent are opposed.

RCMP to release rest of Ottawa shooter video as government pushes for C-51 support
May 25, 2015 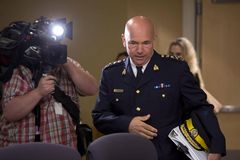 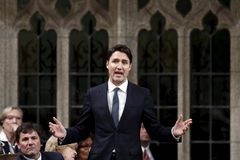 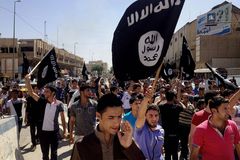